Frank Herbert’s Dune universe is beloved by fans for many reasons. It’s a dark and imaginative vision of the future, filled with family intrigue, divisive politics and conflict. It’s themes resonate with our own times. Dune has been adapted to lots of media, including movies and television series. The first Dune videogame appeared in 1992, 27 years after the novel was published. Now, developer Shiro Games and publisher Funcom bring Herbert’s world to the real-time strategy genre with Dune: Spice Wars.

I attended a hands-off demo of Dune: Spice Wars and saw several minutes of narrated gameplay. Real time strategy seems like an obvious fit for Dune, with its warring houses and emphasis on the economics of spice. Dune: Spice Wars is not pure real-time, however. It includes elements of classic 4x games as well. It’s a fairly uncommon genre mashup, but it works well.

In Herbert’s fiction, a resource called spice is the most valuable substance in the universe, making interstellar travel possible, among many other uses. In Dune: Spice Wars, your task is to collect and control spice on the desert planet Arrakis. You play as a member of House Atreides or House Harkonnen, though other factions may be available. Using the iconic ornithopters, you explore the planet, trying to locate spice. As you play, you gain control over an ever-widening territory of outposts. When resources become depleted, you use force, trade or diplomacy to take over new regions of the planet.

Opposing factions are not the only threat to success, however. The planet’s mammoth sandworms can decimate your forces. The environment is harsh, too, and soldiers will die of exposure if they’re in the field too long. 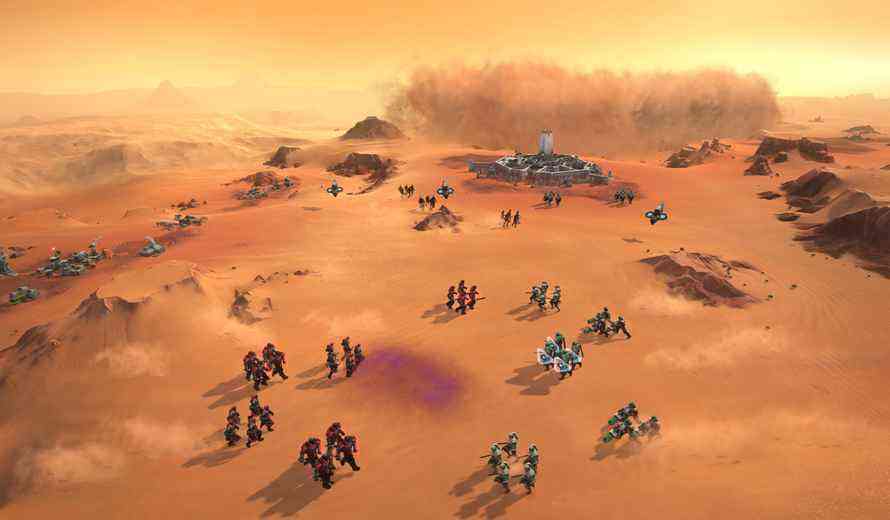 Dune: Spice Wars has a lot of depth. Even from our short demo, it’s was clear that players will need to manage many systems. Fans of 4x games will enjoy the economy and espionage layers, while real-time strategy gamers will connect with the game’s base building, exploration and combat. The developers noted that games will last between 3-5 hours and that there are four possible victory conditions: diplomatic, economic, military, and political.

The Look of Dune

Dune: Spice Wars is played on a map that splits the difference between a real-time realistic environment and a strategic view. For example, units and buildings aren’t to scale. Skirmishes between units play out in real time as in a classic RTS game. There is also an overhead, grid-based map that shows important territorial information.

Arrakis looks much as it does in the Dune film adaptations. The developers showed off some impressive visual touches like sandstorms and approaching sandworms. We only got a glimpse of the planet, however. No doubt there are a number of locations to discover with a variety of biomes and environments. In addition to spice, the developers emphasized the importance of two other resources. One was plascrete, a critical building material. The other was, unsurprisingly, water. Building wind traps to harvest atmospheric water is an important strategic element. As a side note, espionage is treated as a resource as well. 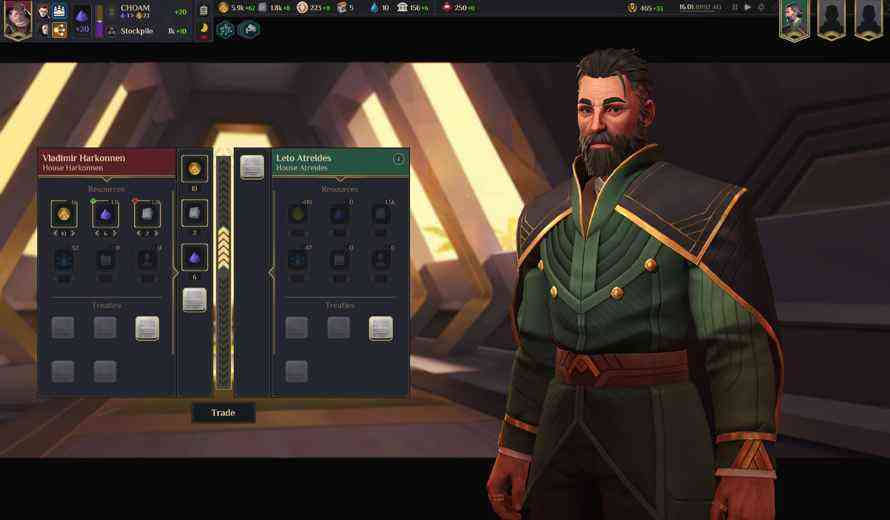 A number of well known characters from the novels appear in the game, strikingly illustrated in the game’s extensive menu and information systems.

Given the nature of the source material, the strategy game genre seems like a perfect fit for Dune. The hybrid real-time and 4x mechanics seem both unique and well meshed. The short demo definitely piqued my interest for the upcoming early access launch and continued development. Both fans of Dune and fans of good strategy games should put Dune: Spice Wars on their radar. 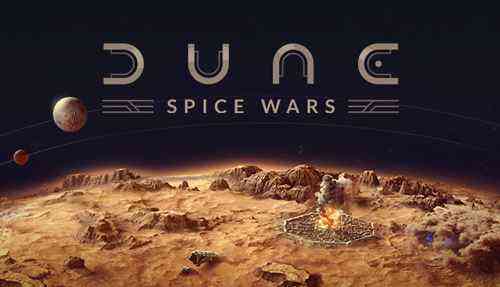