My Time At Sandrock Is Time Well Spent

My Time At Sandrock Preview

Farming sims offer the ultimate video game fantasy. Not only do they position you as a powerful producer, valued for your contributions to society, they also simulate a sense of community. You’ll have a full day of digital work, plus a bunch of eligible cuties are probably single and ready to mingle. It’s a fun fantasy to get lost in. My Time at Sandrock is shaping up to be the crown jewel of the genre.

Between a Rock and a Hard Place

My Time at Sandrock is the sequel to 2018’s My Time at Portia. It’s a pretty similar game, but with some new features. You know, like a sequel. Once you get a small workshop, it’s up to you to satisfy the needs of the townspeople. You’ll make them furniture or repair their jury-rigged machines. In return, you get money and love, which lets you navigate each resident’s personal story. 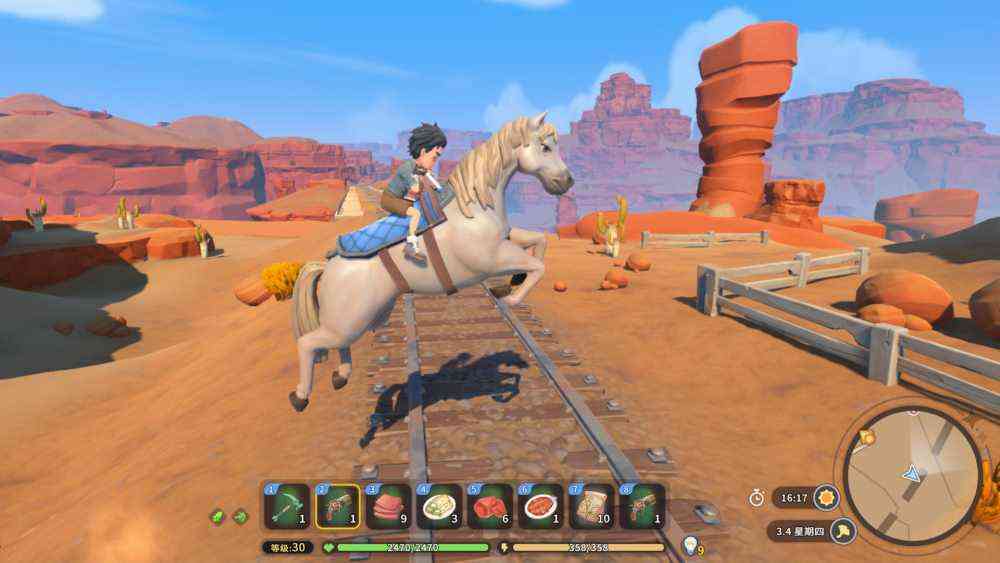 Though the My Time games are bright and cartoony, the setting is actually kind of dark. This is a post-apocalyptic world. Skyscrapers crumble. Parking lots become forests. Not only will you chop trees and mine, you’ll also plunge yourself into these ancient ruins. It’s the only way to get truly complicated technology, like engines and circuits. You get the feeling that this world went through a major The Last of Us phase only to come out the other side as a series of cozy communities.

I say series because Sandrock and Portia are both in the same world. If you spent some time with the original game, you might recognize some NPCs who take a train ride into Sandrock. There’s also a pretty involved mythology about the different cities in this region. You can feel that the world has history and conflict. Far from being a confused tone, it actually helps the silly world feel more tactile. It’s easier to invest in characters who want things and struggle to get them. Especially if the way you invest in them is by building stuff with your own two hands!

The building system of Sandrock is pretty much the same one from Portia, but refined and smooth. Same goes for the ways you harvest materials. What I like is, that not only has the game improved playability, it also does some subtle worldbuilding. Sometimes the difference is as simple as new components and new items to build, but sometimes it’s more subtle. The foods people eat are almost completely different from what you’d find on the menu over in Portia. This is a weird sci-fi world though, so there are robots, lizardmen, mutants, and fish that live in quicksand lakes. Wood is very hard to come by in the desert, and your neighbors really don’t want you to chop down any trees that are miraculously sprouting in the wild. You’ve got sandstorms to contend with, and water shortages, all contributing towards that sense of immersion. 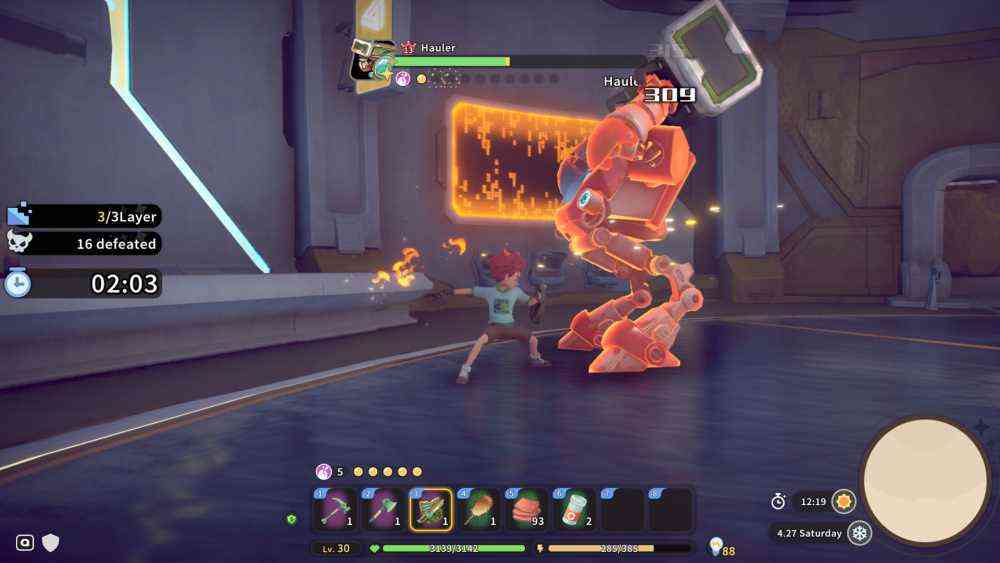 There are also new systems in Sandrock that I could take or leave. Often the game seems to take that into account. The combat system is supposed to be shiny and new, but I still found myself resorting to the same tactics as before. Despite the addition of a break meter, button mashing is still the best way to win. Mining now mostly takes place in dungeons, much more detailed than the previous game, and thankfully easier to navigate. There’s also a new resource called scrap, which constantly provides you with basic materials if you keep your machine fed.

Once you’re up and running (making cash) though, you can hire people to do the resource collecting for you. As a fan of this sort of game, this is what impresses me the most. Sandrock isn’t a hard game, far from it, but the balance feels pretty perfect. I was always just a little bit scarce on what I needed, always wanting to play for one more day to finally build an irrigation pipe or a bus stop or whatever. You are given a lot of options in which parts of the game you want to play but so far, I haven’t really managed to break the game.

At least not in that way. I encountered some game-breaking bugs, which is to be expected in early access. At one point, I triggered my gardening kit too early and it vanished, leaving me unable to complete the farming quest. And not all the assets are in place yet, particularly with sound and animations. It’s exactly what I’d expect from a game at this point, and I am excited to check back every day for updates and bug fixes.

Sunshine on the Horizon

Sometimes you just want to let yourself get lost in a peaceful world, and My Time at Sandrock hits that sweet spot. The light whimsy is balanced by the dark undertones. The characters are memorable and the desert is stark and beautiful. It still needs some bug fixes and some assets, but My Time at Sandrock is my pick to build everything, do everything, play everything.

My Time at Sandrock is Now On 100k Steam Wishlists

My Time at Portia Review – Rough Edges and Rad Fun

Team17 Works with Chinese Developer on Kickstarter for My Time at Portia
Next Asterigos: Curse of the Stars is Souls Without the Dark
Previous Ni no Kuni: Cross Worlds is an Amazing Experience