We Take Monster Energy Supercross: The Official Video Game 5 for a Spin Around the Dirt Track

The one thing that hasn’t changed is the sheer level of authenticity that is oozing from Monster Energy Supercross 5. They’ve included actual supercross riders, including Ricky Carmichael, whose role is that of a mentor in the new Futures Academy training area. Who better to learn how to ride than from such an icon? They’ve included authentic supercross bikes from the likes of Yamaha, Suzuki, KTM, Honda, and Husqvarna. And they’ve reproduced arenas from all over North America.

While the gameplay feels very similar to previous incarnations, Monster Energy Supercross 5 is not without its improvements. Improved physics provides a more immersive experience. Taking jumps just feels better, and has a more accurate cause-and-effect feeling – supported by better in-air control. I truly felt like I was more in control during the race. 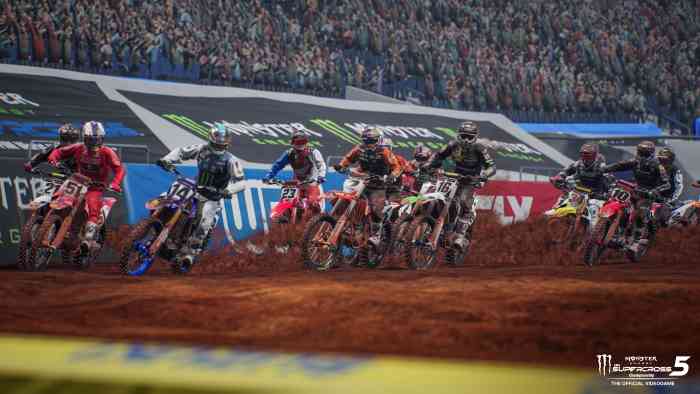 Visually, the game does seem to be a nice step in the right direction. The rider’s shirts ripple as I accelerate, helping create an illusion of speed. The bikes leave noticeable tracks in the ground while dirt particles kick up from behind the tires. The stadiums feel huge with vast, roaring crowds. Huge jumbotrons are located around the arenas showing in-game action. Visually, Monster Energy Supercross 5 is the closest thing to real-life supercross that you can get without getting dirty.

There were a few aspects of the game that we didn’t have access to during the preview, such as Career mode, the various editors, free-roaming, and online multiplayer. So there isn’t much I can say about them, but it is worth noting that the developers have finally introduced split-screen multiplayer to the franchise. This was something I had noted in my review of Monster Energy Supercross 2, so I’m thrilled they’ve finally been able to add it. Since I was playing on PC, I couldn’t test the split-screen out – but I’m looking forward to giving it a go on the console versions. 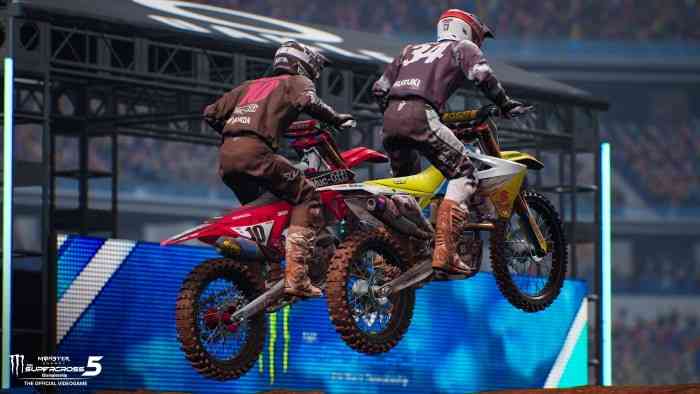 Monster Energy Supercross 5 is shaping up to be the best one yet in the franchise. While there haven’t been any vast changes overall, there are plenty of subtle improvements that’ll make the overall experience enjoyable. Adding Ricky Carmichael as a supercross mentor is a stroke of genius. The inclusion of split-screen multiplayer will bring a new way to enjoy the franchise. The improved visuals, physics and controls all help create a more authentic feeling experience. I can’t wait to get my hands on the full version.

Monster Energy Supercross Hands On – A Motocross Game for the Most Hardcore of Fans
Next Ghostwire: Tokyo Nails Open-World Ghost Hunting
Previous RPG Time: The Legend of Wright is a Unique, Hand Drawn Adventure