It’s not every day that a game truly impresses me; especially in the sports genre. Sure, Madden and FIFA have both grasped my attention this year, but neither has made me reassess just how good a sports game can look, sound, and feel in the likes of Monster Energy Supercross. I had the chance to go hands-on with the adrenaline-fueled racer at the 2017 Monster Energy Cup in the lovely Las Vegas Nevada. From graphical fidelity, gameplay, to player freedom, this supercross title is shaping up to be the ultimate experience for die-hard fans of the world renowned sport.

Developed by the makers of the MXGP series, Milestone, and in collaboration with Feld Entertainment, Monster Energy Supercross ‘The Official Video Game’ is designed to provide players with the most immersive supercross experience to date. Players will start from the bottom and work their way toward worldwide recognition as they race alongside their favorite pro riders from both the 250SX and 450SX Classes on tracks from the 2017 Monster Energy AMA Supercross and FIM World Championship season.

First and foremost, this game is unabashedly gorgeous, which is a given considering it’s being developed on Unreal Engine 4. However, the devil’s in the details. From the build-up of dirt on riders and their bikes to the subtle ripple of their jerseys in the wind, the developers at Milestone have given extra care and attention to the minute elements of audio and visuals that contribute to achieving such an engaging level of immersion. Each of the Monster Energy AMA and FIM World Champion tracks have been fully re-created to simulate the 2017 season. Rain or shine, the tracks look nearly photorealistic and even reflect and maintain the damage you and your competitors inflict during races. Additionally, each of the pro riders have had their faces scanned into the game in order to accurately portray their appearances. 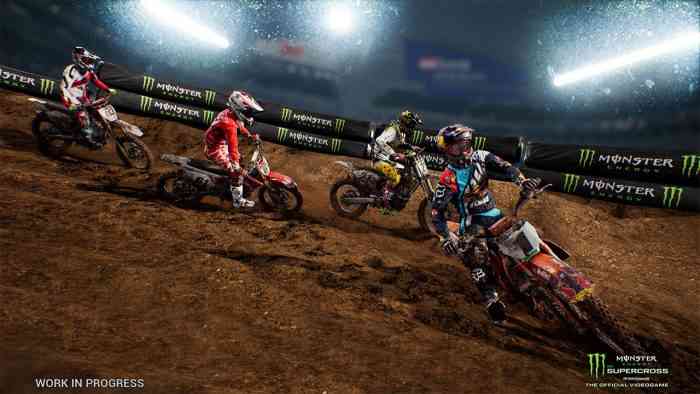 The one and only time I mustered the courage to ride a dirt bike was in the eighth grade. I managed to make it about ten feet forward until I violently crashed into the nearest mailbox. My reasoning in informing you of my rather embarrassing tragedy is to state that I have a rough idea of what it feels like to operate one of two-wheeled dirt scooters. That being said, Monster Energy Supercross features two levels of difficulty. The normal difficulty is designed to be accessible to all. Young, old, hardcore fan, or casual viewer like myself, the normal difficulty will have you feeling like a supercross legend. I myself landed in second place during my first race. Feeling like hot shit, I cranked up the difficulty to Pro. Pro difficulty alters the gameplay feeling from arcade to simulation. Designed for riders and hardcore fans alike, Pro difficulty focuses heavily on weight and physics. Managing your speed, airtime, and turns are critical as you control your direction with the left stick, and the weight of your rider with the right stick. Take a turn too quickly or hit a slope at the wrong angle, you’ll brutally rag doll into the dirt. Long story short, I was spectacularly terrible while racing at the pro level, which is a testament to how well developed the physics are. You can feel the weight of the bike as you blaze the dirt and go airborne. It reminded me of why I don’t plan on riding one again.

“The developers at Milestone have given extra care and attention to the minute elements of audio and visuals that contribute to achieving such an engaging level of immersion.“

As a massive fan of player choice and customization, the level of freedom in Monster Energy Supercross has me excited. In career mode, you can choose any of the pro riders or create a character of your own as you build your legacy. Sponsors will take notice of your success and begin to offer you their gear, bikes, and parts. Bikes are fully customizable and can be altered to support your play style in terms of weight, speed, control, and appearance. You can also use your custom character and bike while racing online. If you manage to master all of the 2017 season tracks, you can contribute to the infinite number of additional tracks created from the ground up by players from around the world. Once you customize a track of your own within the track editor, you can share it online with the masses. 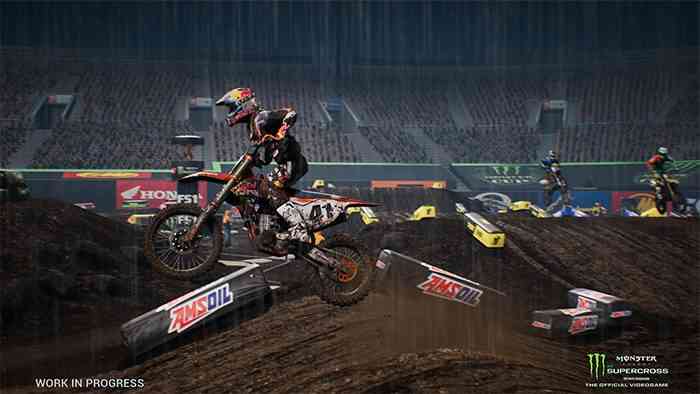 Even as a casual fan, I’m confident in stating that Monster Energy Supercross is one of the most promising supercross games I’ve experienced in a long time. From jaw-dropping visuals, customization, to immersive gameplay, the team at Milestone continue to prove why they’re recognized as being one of the leading racing game developers. Monster Energy Supercross is launching on February 13th, 2018 for PS4, Xbox One, PC, and later on Nintendo Switch and mobile platforms. For more on the game, check out our interview with the marketing manager of Milestone, Andrea Loiudice above! 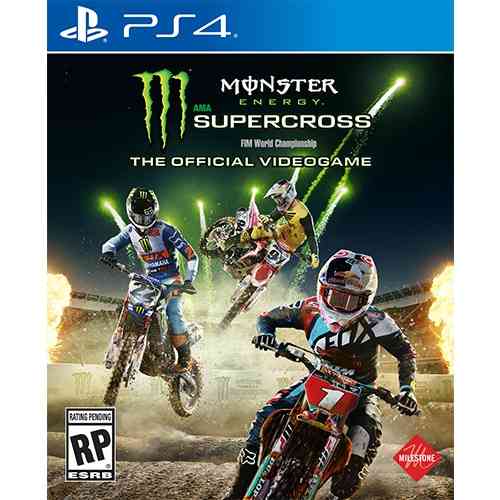