Last year, I was down on EA Sports’ powerhouse NFL franchise. I had an overwhelming sense of disappointment with Madden NFL 17. Sure, the gameplay was as tight as ever and all the hardcore Madden fans seemed genuinely satisfied, yet I didn’t feel like there were any significant innovations. It felt more like an expansion or an upgrade. This year, however, is a different story. Madden NFL 18 feels fresh. They’ve ditched the Ignite engine in favor of the Frostbite engine and the implementation of a compelling single player story mode is something the franchise has never done. I finally feel like Madden has made a meaningful leap and I haven’t been able to say that for quite some time.

While a new engine and a story mode are welcome additions, the core gameplay remains intact. When it comes to the way the game plays on the field, EA Sports certainly continued the tradition of making small, incremental enhancements to their game. You’ll see some new passing and ball hawk mechanics at work and there are some new ways to tackle players. Running the ball is fun again, man defense seems more effective than zone, and there are many new plays to choose from but make no bones about it, there is no major overhaul of the core game in any way. And I am okay with this.

“When it comes to the way the game plays on the field, EA Sports certainly continued the tradition of making small incremental enhancements to their game.”

In many ways, I can appreciate the development team took the “if it ain’t broke, then don’t fix it” approach with their franchise. They already have a rock solid foundation so why mess with that? That being said, there’s no taking away from the fact the team took a risk by dropping an emotional campaign mode that takes a page from Telltale’s magical formula but also stays true to the series by keeping it football focused.

The single player story mode is called ‘Longshot’ and tells the story of Devin Wade, a high school football star turned college washout. After a 3-year break from the game where he quit from his college team on bad terms, he is back chasing his football dream. Devin and his best friend Colt Cruise open the story traveling to Indianapolis for the NFL Regional Combine. This Combine is the last chance for players trying to make it to the NFL. It’s here where Devin is noticed and he embarks a journey to leave his demons behind him all in an attempt to crack a spot on an NFL roster. 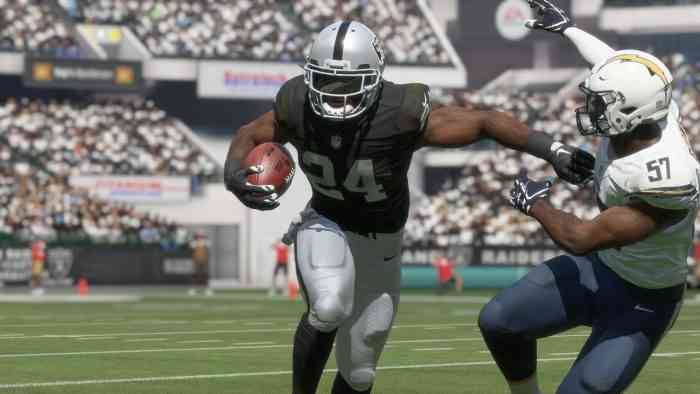 The story is your classic underdog sports story we’ve all seen in some shape or another over the years. It’s predictable, doesn’t feature a ton of twists or turns, contains some cringy characters (albeit intentionally cringy) and some odd mini games which had me steering the ball in mid-air. There’s no question Longshot is far from perfect but you cannot help but root for Devin and his buddy Colt. I found myself emotionally attached to the characters and I couldn’t put the controller down once I dove into it.

I managed to finish the campaign in about 4-hours, which is far too short. When the credits rolled, I felt like Devin’s (and Colt’s) journey had only begun and wanted to see more. I certainly hope we will see a continuation of the story in the form of DLC or in Madden NFL 19; who knows? For now, however, your only chance to see Devin in action is when you acquire his Madden Ultimate Team (MUT) playable character card which unlocks as you progress in the story.

“This makes this Madden feel more like a Madden for everyone, not just for those tournament and league diehards.”

The other big change this year, which I mentioned at the top, is the Frostbite engine. Noticeable improvements as a result of the engine are the improved lighting and there is more detail in the stadiums. Surprisingly enough, Frostbite doesn’t appear to really advance the overall look of the players or the rest of the game itself. That said, according to the development team, the story mode would not have been possible with the old Ignite engine.

It appears Madden NFL 18 is aiming to bring in new gamers to the franchise. When you launch the game up for the first time, you are asked to select one of three new play styles which allow you to tune the game in line with your preferences. If you want wide open gameplay with big catches, runs and hits you can select Arcade style which is ideal for Madden rookies. Core and fans familiar with the franchise will select Simulation and competitive players get their own play style that puts outcomes squarely in their hands. This makes this Madden feel more like a Madden for everyone, not just for those tournament and league diehards. 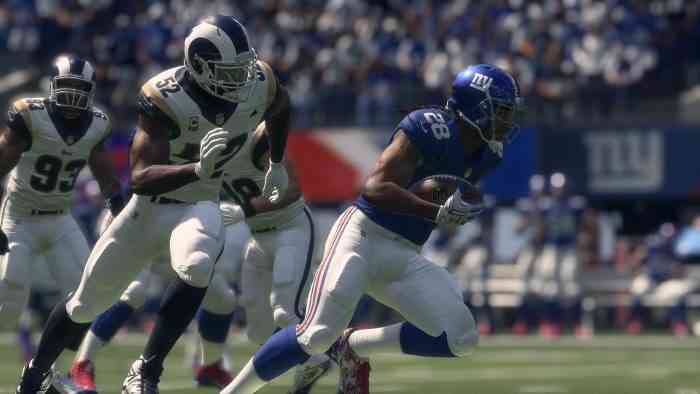 A couple of years ago Madden introduced the incredibly enjoyable Draft Champions mode. On the surface, it looks like it’s gone but that is not the case as it’s only received a new name; MUT Draft. It’s basically the same deal as last year but with 20 rounds instead of 15. Likewise, Franchise mode is back and nearly identical to last year’s game. Also, there is an online cooperative mode called MUT Squads if playing online with buddies on your team is something you are into. Last but not least, Madden NFL 18 does include the ever so profitable Madden Ultimate Team mode which includes a few more bells and whistles but those familiar with the mode will pick up where they left off building the best possible roster they can.

EA Sports rolled the dice by going all in with a new engine and single player story mode. For the most part, they pulled it off as it features interesting characters and a compelling story. While it is predictable, a little too short and contains some goofy quick time events, it’s a hearty addition to the franchise. I found myself emotionally attached to the characters and I wanted to see more. With the exception of some incremental changes, Madden NFL 18 looks and plays as it did last year. Yet, this is to be expected as EA Sports’ juggernaut of a football game is already a remarkably authentic NFL experience.

**Xbox One review copy was provided by the Publisher** 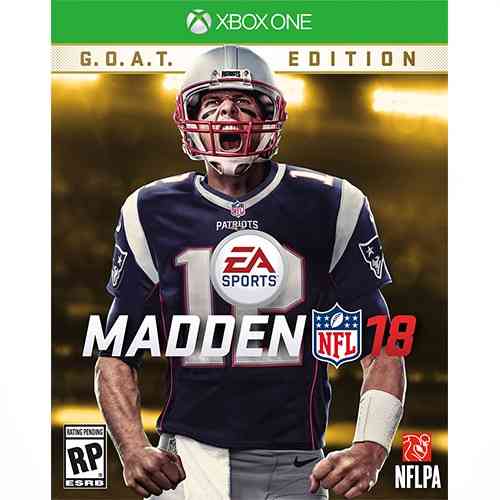