There is no question EA Sports NFL franchise has been on the upswing for a few years now. Ever since Madden 25 dropped a few years ago, the series has made steady improvements. The Madden community is booming and tournament payouts are growing. The franchise is in great shape. Madden used to be a game I played until the Super Bowl was over. Now, with the additions of Draft Champions and Madden Ultimate Team, it’s a game I keep playing all year-long as it stays fresh with weekly content. Madden NFL 17 will be no different. I will play it until next August.

For the better part of the past week, I have been putting Madden NFL 17 through the gauntlet. One thing is for certain, Madden NFL 17 continues EA Sports tradition of making small incremental enhancements to their yearly sports titles. This year there is no major overhaul of the game in any way. It largely looks and plays the same. While I appreciate the “if it ain’t broke, don’t fix approach”, I am not convinced the development team added enough “new” to keep the hardcore faithful satisfied.

“While I appreciate the “if it ain’t broke, don’t fix approach”, I am not convinced the development team added enough “new” to keep the hardcore faithful satisfied.”

This is not to say Madden NFL 17 is a bad game. This is not the case at all. As Madden does every year, there are some new features, new animations, new skill moves, and this year we get a brand new commentary team. They are all welcome additions as the franchise continues to inch closer to near virtual gridiron perfection. That being said, Madden NFL 17 features no new jaw dropping modes and some of the innovations we have seen from previous Madden instalments are simply not there this time around. Madden NFL 17 is like seeing your favourite band playing the same set list on back-to-back nights. While it’s great to see your band on the second night, hearing the same songs all over again is a bit of a letdown.

As I just mentioned, Madden NFL 17 looks, plays and largely feels the same. Granted, there are exceptions and laundry list full of under the hood tweaks but the passing game, making adjustments at the line, the play calling screens, the menus, the visuals, and even the running game to a degree plays as it did last year. 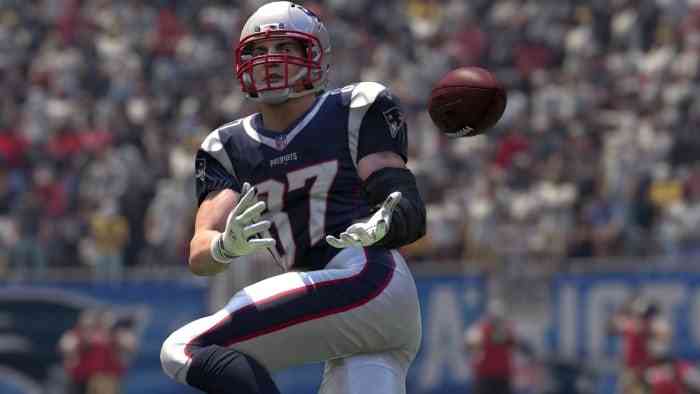 The defence; however, seems improved. Man defence is tighter than ever and the pass rush seems to come in ridiculously fast. Granted, I spent a fair share of time with the Seahawks porous O-line but it felt like I had 2-3 seconds after the snap to pass the ball. This was mostly noticeable in All-Pro difficulty. Zone defence also seemed to play a little better as players cover their zones more efficiently. This was mostly noticeable on deep passes. Catching the deep ball in Madden NFL 16 was accomplished with ease by pressing Y before you catch the ball. It almost seemed like an exploit. This year; however, the DB’s are making plays and swatting balls with far more proficiency.

The running game received the most attention as Madden NFL 17 introduces skill moves and a run path assist. The run path assist may help those new to the franchise but frankly I found it useless. The path consistently lead me astray and was a visual distraction. I could have done without it. The new running back skill moves are a nice addition but when playing on rookie or pro difficulty the ball carriers will automatically make a skill move in certain situation. I recommend turning it off as nearly a third of all my run plays ended in disaster as the running back performed an ill-timed automatic skill move. 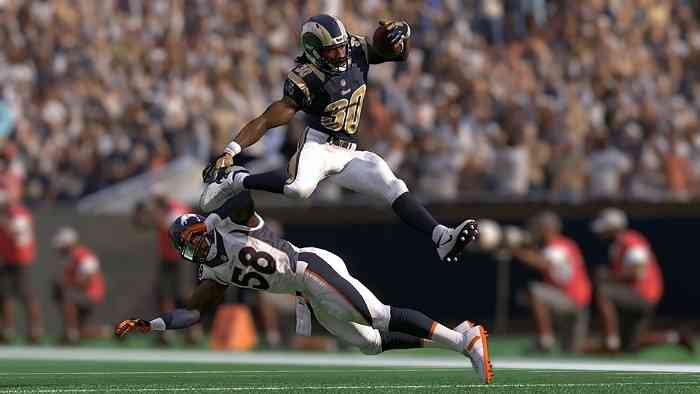 Just like we did last year (and the year before) Madden NFL 17 brings back another interactive scenario when you fire up the game. This year it is a Rams vs. Redskins mock playoff scenario. Yes, you read correctly. This year’s scenario features two, at best, mediocre NFL teams. Seriously Madden, Rams vs. Redskins?!? There is no question I enjoyed playing through the scenario which gave me a feel for the game but good lord, can we pick better teams next year EA?

Last year, Madden introduced the incredibly enjoyable Draft Champions mode. It is back again this year but by all accounts the mode didn’t receive many tweaks, if any. On the other hand, Franchise mode is back again but did receive some enhancements. There is a new way to streamline your franchise games by only playing key moments. For those that want to rush through your season, you’ll love it. The rest of us who enjoy the full 4-quarter grind, you’ll want to make sure you don’t select that option before you launch your game. It should; however, be noted that the Madden community had some franchise mode requests that made it into the game. Player editing, in-game score ticker, and practice squads are all new community requested features included in the game. If there is something the Madden devs could never be accused of, it would be ignoring their fans.

“On its own Madden NFL 17 looks great. Everything from the stadiums to the players, Madden NFL 17 does an excellent job at capturing the NFL experience.”

Besides learning some of the new running mechanics, Madden fans should be able to pick up where they left off and feel right at home with Madden NFL 17. There is always a bit of a learning curve with every new Madden as all your glorious plays from Madden 16 won’t work as well this time around. You’ll notice the kicking game really received an overhaul this year as the kicking is now accomplished with a three button press kick meter. I am not crazy about it. If you are playing online and experience any kind of lag or slow-down the meter will be a gong show and will agitate many. Otherwise, the expanded options for fake plays during punts or field goals are pretty cool. It is also nice to see more emphasis on being able to block a kick this year. Something I still can’t do.

On its own Madden NFL 17 looks great. Everything from the stadiums to the players, Madden NFL 17 does an excellent job at capturing the NFL experience. The game wonderfully captures the emotion of the NFL game and much of the credit goes to the games graphics, and some of the new cameras angles. Despite this, it looks nearly identical to Madden NFL 16. It actually has me questioning whether the development team has maxed out the hardware on this generation of consoles. I wonder if there really is any more room for improvement given the limitations of the hardware. 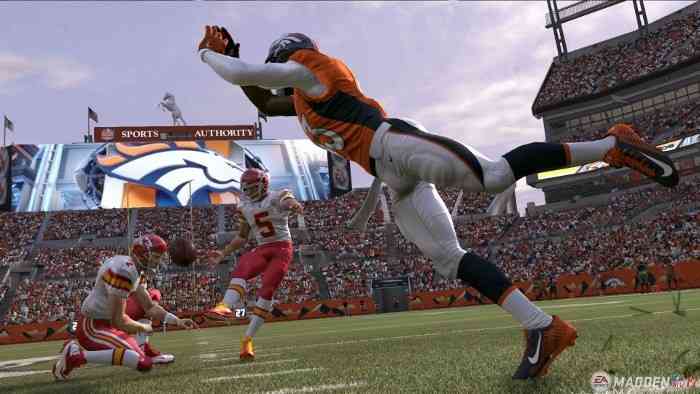 Sound wise Madden NFL 17 is a mixed bag. On one hand, the new commentary team of Brandon Guadin and Charles Davis aren’t exactly household names but they deliver solid commentating providing some nice insight into the game. Their passion for the game shines through. While I enjoyed the Nantz and Simms combo from last year, I will admit Simms voice grated me after a while. On the other hand, the soundtrack in Madden NFL 17 is mostly underwhelming. Last year’s soundtrack was fantastic but this year I am having a hard time warming up to any of those tunes.

I cannot help but feel an overwhelming sense of disappointment with Madden NFL 17. With no new modes, visuals that look largely the same, a less than stellar soundtrack and a game that plays nearly identical to last year’s game, Madden NFL 17 feels more like an expansion or upgrade than anything else. I recognize that doesn’t sound very flattering but it isn’t all doom and gloom for the franchise. In fact, there is no question Madden NFL 17 moves the franchise closer to a more authentic NFL experience. Everything I loved about Madden NFL 16 remains safely intact. On its own it is a highly enjoyable experience. Yet, I expected more.

**Xbox One review copy was provided by the Publisher** 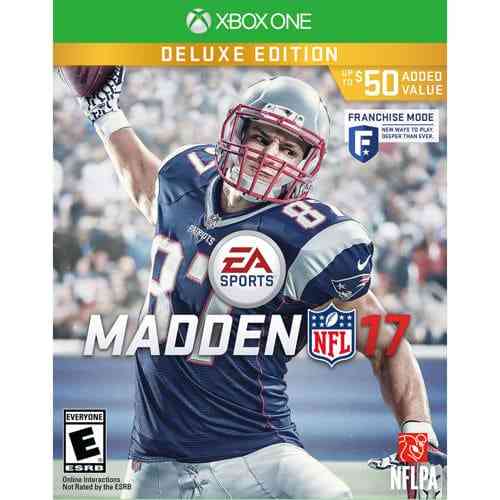 Check Out These Cool Titles Coming To PlayStation Plus In February
Next Okhlos Review – Simple, Straightforward & Refreshing
Previous No Man’s Sky Review – A (Mostly) Fantastic Voyage