Gravel Hands On – An Off-Road Experience for the Masses

From seasoned racing game developer Milstone S.r.l., best known for their Superbike and WRC FIA series, comes Gravel, an off-road racing experience featuring wild races and amazing stunts. At PAX West 2017, our very own Garrett Drake and I went hands-on with the title, and were left relatively impressed. In our demo, we tried a variety of vehicles in all four of the different disciplines, and overall had a great experience.

Gravel features a single player offline portion known as Gravel Channel, which tasks the player to travel the world and a variety of environments. In these different environments, players are met with challenges from four different disciplines: Cross Country, Wild Rush, Stadium, and Speed cross. We were able to try each of these disciplines with different vehicles, and can safely say that the different disciplines not only looked different, but played and felt unique as well.

One of the first things we noticed about the game was that it looked great. From the cars to the environment, Gravel looked as you would expect, which is still impressive. Although vehicle damage was just cosmetic for players to avoid frustration due to an early mishap, the various grooves driven into the terrain play its role well. For example, a tight corner that has been driven over a couple times will be easier to follow if you go through the same tracks. 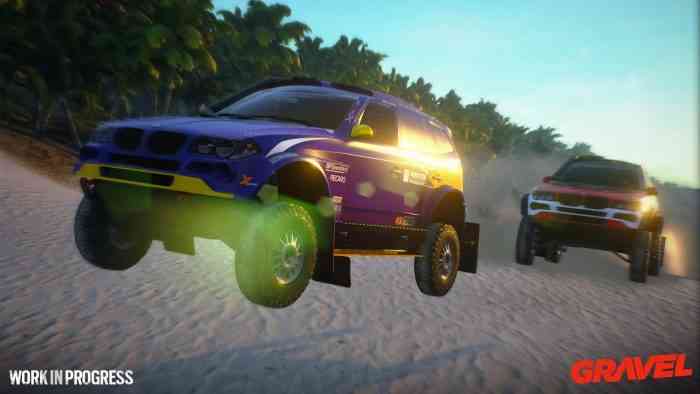 Graphics aside, our time with Gravel really showcased what the game set out to be, namely a fun, easy to pick up, racing game. As a gamer that does not really play many racing games, I found Gravel to be very easy to pick up and jump right into, feeling right at home with the mechanics of the cars. The “rewind” feature to go back in time and avoid big crashes is also present, though we tried our best not to use it. Perhaps the most interesting aspect of the game was the open level concept we played in the Cross Country discipline. Specifically, the course had a few alternate paths that acted as shortcuts, as well as a variety of sections to keep us on our toes.

Overall, Gravel was simply a fun off-road experience that anyone should be able to pick up and play, and enjoy just as much as anyone. While the title is not exactly a realistic simulation experience, Gravel is exactly what it sets out to be and does it well. With memories of other fond off-road racing experiences, Gravel is exactly what some gamers are looking for, especially when it comes to “arcade-y” off-road racing games. Currently slated to release in early 2018, we are very excited to see more of Gravel and to get our hands on it when it releases. 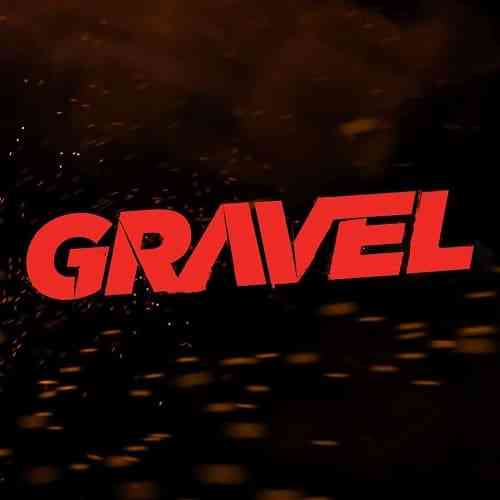 Arcade Side-Scroller The Astyanax Comes Back on Switch and PS4

Check Out The Fun, Frantic Action in Battle Axe Gameplay Video
Next Monster Energy Supercross Hands On – A Motocross Game for the Most Hardcore of Fans
Previous WWE 2K18 Hands On Preview – Storming the Ring With Vengeance