WWE 2K18 Hands On Preview – Storming the Ring With Vengeance

With WWE 2K18 only two weeks away (eleven days for Early Access players), wrestling fans will soon be able to re-enter the ring as their favorite WWE Superstars. I was able to spend some time with the game in an extended preview session last week, and there’s plenty of new tweaks to be explored. There’s a lot to like in 2K18, and seeing it in action gives me, even more, confidence that it will turn out just fine.

The realistic look and feel of a WWE match is closer than ever in 2K18, with character models and match commentary receiving massive improvements. Many wrestlers returning to the roster have been re-scanned and remade from scratch with uncanny results. Brock Lesnar looks even scarier than he did last year and I didn’t even think that was possible. The female wrestlers are particularly impressive though, as it seems the entire women’s division has been completely redone and it shows. I will say that this mostly applies to current members of the WWE roster; the legends don’t always show the same improvement. I understand that creating a legend from scratch would be more difficult than scanning a current wrestler, but I hope that disparity can shrink just a bit before launch.

“The realistic look and feel of a WWE match is closer than ever in 2K18, with character models and match commentary receiving massive improvements.”

These graphical enhancements are buffered by new in-match animations, everything from new sells when taking hits to playing the crowd after a big move. In a few matches, I noticed an opponent crawling to the corner and taking the seated position, which opened the door for me to hit Kevin Owens’ cannonball move seamlessly. Before I’d have to set that move up by picking my opponent up, throwing him into the corner, striking him and causing him to sit, then cannonballing. The more realistic transitions bring the action even closer to the real thing, which many fans will likely be all about. 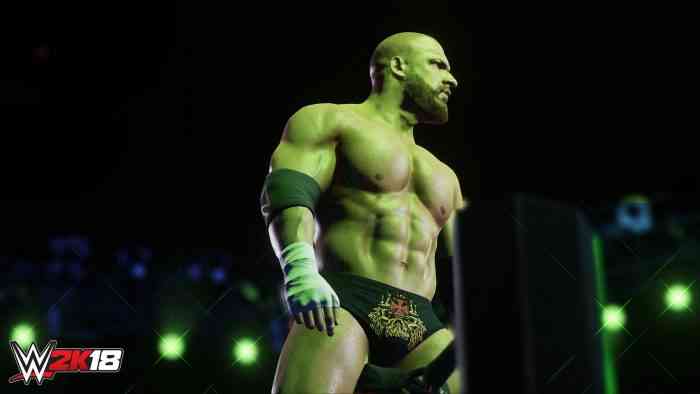 The in-match commentary has been completely reworked as well, moving from a two-man team to a trio in Michael Cole, Byron Saxton, and Corey Graves. The three commentators record 43,000 brand new lines of dialogue for the game, with the new ring announcer Jojo recording 7,000 lines of her own. That’s 50,000 lines of commentary that no longer calls female wrestlers “Divas” or repeats itself ad nauseum. Admittedly I did experience one instance where a line was spoken twice in a row, but to have that happen only once in a six-hour session is definitely an improvement.

The game looks and sounds better, but what kind of gameplay improvements are coming? The most impactful is the Carry system. With a quick button press, my wrestler will pick up his opponent and freely walk around, allowing me to use the ropes, turnbuckles, or outside obstacles in my offense. There’s a limited amount of time I can carry an opponent, however, as a small breakout meter can be filled by mashing the Circle button in order to counter. 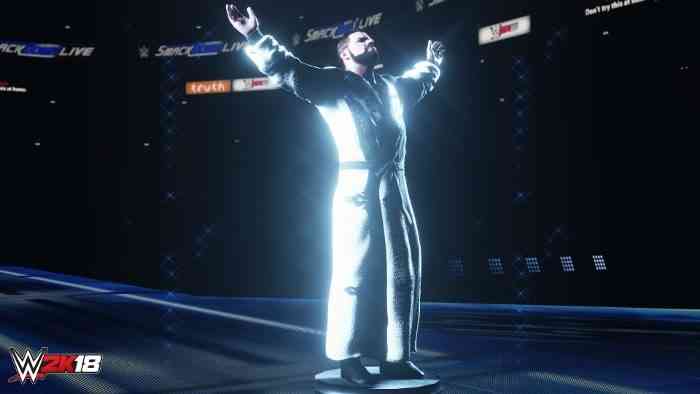 Carrying gives me a lot more freedom in my offense, bringing the environment into play whenever I initiate it. Bouncing an opponent’s head off of the steel steps outside of the ring or on the turnbuckle inside it are neat little ways to keep my offense going while also being more unpredictable. Carry mechanics really shine during the Backstage Brawl format, as the backstage areas are chock-full of obstacles on which I can throw my opponent. Learning the Carry system will be paramount in winning matches this year, so be sure to do that pronto.

One of my favorite events on the WWE calendar is the Royal Rumble, and 2K18’s version of the multi-man melee may be the best version of it in any video game ever made. The increase of wrestlers in the ring at once from six to eight makes much more of a difference than I expected, allowing wrestlers that enter early to last a lot longer in the match than before. The opposing AI is a lot smarter as well, only attempting an elimination when chances are high instead of every time an AI wrestler grapples an opponent. Eliminations are perhaps the best improvement though, as they’ve been turned into a meter-based quick time event that clearly shows how close a wrestler comes to being eliminated. The guessing game of previous 2K Rumbles is gone, and the entire experience is better for it. I expect to spend a lot of time royally rumbling in 2K18. 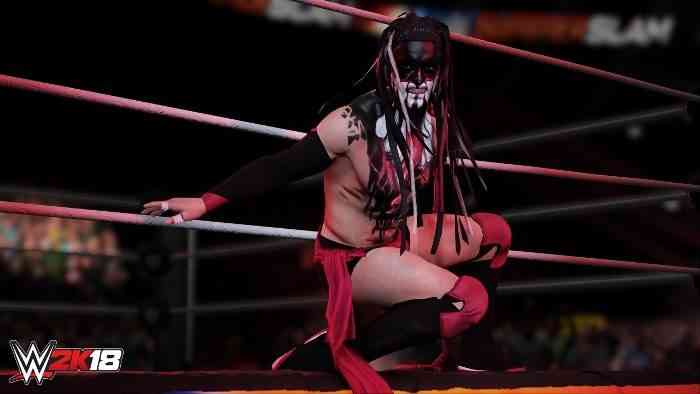 WWE 2K18 brings a lot to the squared circle, particularly in the aesthetic department, but there are still some elements that leave things to be desired. The final product is a few short days away so we won’t have to wait long to see if those issues are addressed, but right now I’m optimistic about this year’s entry. We’ll all find out for sure when WWE 2K18 launches on Xbox One, PlayStation 4, and PC on October 17, with early access for certain limited editions available October 13, and Nintendo Switch later this fall. 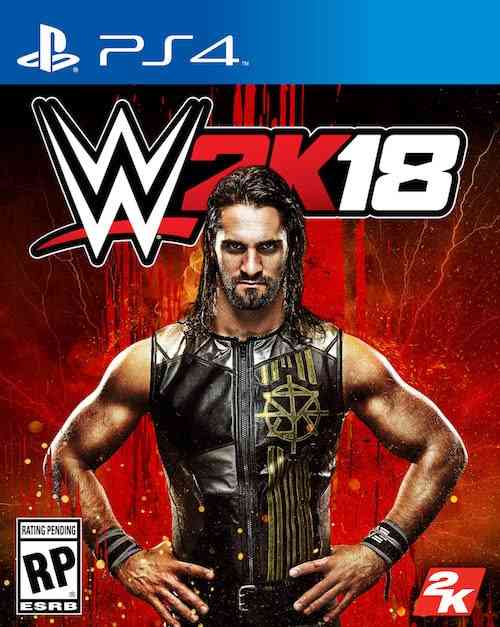 Wrestling Fans Get Ready To Rumble, AEW Is Aiming High With Upcoming Game