As darkness plagues the galactic frontier, a legend must rise to overcome the ravenous atrocities. Once bound to an eternal prison, those responsible for maintaining your isolated captivity are reluctant to release your unparalleled power upon the cosmic plains. Their enemies have grown too strong, and what was once their worst nightmare has now become their salvation. You’re the Immortal Unchained, and it’s time to blast some ass.

At PAX West 2017, I had the wonderful opportunity to attend a behind closed doors look at Immortal Unchained; a hardcore ARPG that blends gnarly third-person melee combat with shooting from developer Toadman Interactive. If that alone doesn’t pique your interest, it all takes place in SPACE. Players inhabit the role of a legendary warrior damned to eternal imprisonment, purely due to his uncontainable power. The undead roam the nine worlds standing between you and the heart of decay. Fresh out of space prison, it’s your job to equip badass armor and combine melee and third-person shooting to repress all who oppose you.

On the surface, Immortal Unchained clearly appears inspired by From Software’s Dark Souls series. Which isn’t much of a surprise considering just how influential the Souls games have been in their own genre and beyond. At the beginning of the game, you choose between six different disciples to begin building your play style. Your initial attributes are based on the disciple class you choose. Unfortunately, the game is still very early in development, so, many of my burning questions were met with the old ‘No comment just yet.’ What I did learn is that each disciple class varies significantly. I wasn’t allowed to know which specific disciple was being showcased, but this one, in particular, was toting an AK-47 with dual battle axes on his back.

The game beautifully blends third-person melee and shooting mechanics. Strategy is at the forefront of the brutal, unforgiving combat. Similar to Dark Souls, enemies hit hard, so, dodging is crucial when you’re up close and personal. At the start of the demo, our renowned antihero descended the snowy slopes of an unknown planet. The undead enveloped the cliffs in all directions. Enemies were slashed up close with the dual axes and blasted from afar with the AK. Many enemies attack simultaneously with melee and ranged weapons. The designer leading the demo died on multiple occasions (more than likely due to my relentless barrage of questions). Upon vanquishing all who stood in his path, he looted a nearby treasure chest that endowed him with a new piece of torso armor. 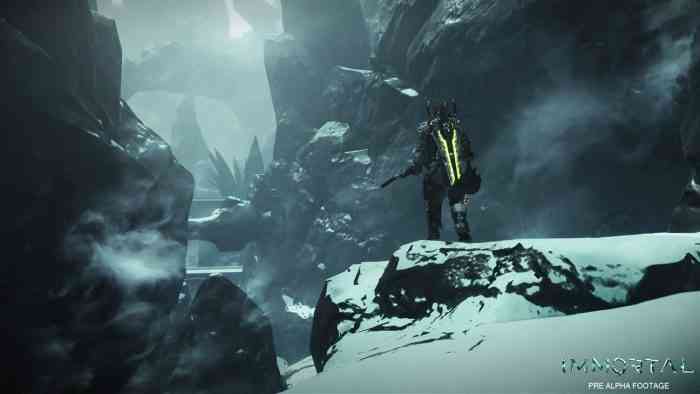 Throughout the course of the demo, our character encountered countless enemies with a myriad of weapons and gear. Some wielded rifles and shot at us from towering heights, others possessed shields that forced us to rethink our approach to combat. Along the way, I learned that there are hundreds of weapons and pieces of armor to collect. All contain various stats that affect gameplay in terms of your weight, speed, stamina, accuracy and more. The area we explored was dark and dreary, reminiscent of a cave you’ve probably explored in several other ARPGs. However, speaking with the designer I learned that each of the nine worlds aesthetically vary to a drastic degree. We eventually encountered a massive boss wielding a huge shield and spear. We began by chipping away at his armor from a distance with a recently acquired shotgun and inflicted heavy damage up close our battle axes. Following a pulse-pounding battle, the undead boss fell. 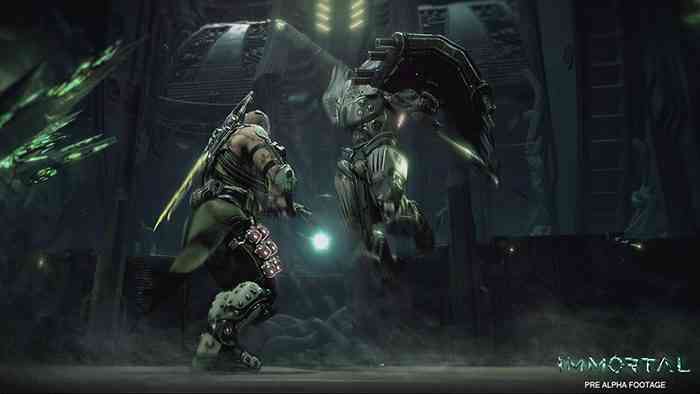 I’m a passionate fan of Dark Souls, Bloodborne, and games just like them. Immortal Unchained clearly draws inspiration from the bunch but takes the genre in a new direction with the addition of impressive shooting mechanics in a cosmic setting. By the end of the demo, I learned that throughout the nine worlds enemies will evolve and weapons will vary from familiar to totally unrecognizable, all while you level up the attributes of your disciple and equip distinct forms of armor. Frankly, Immortal Unchained looks incredibly badass, and I can’t wait to get my hands on the game when it launches during the first half of 2018. 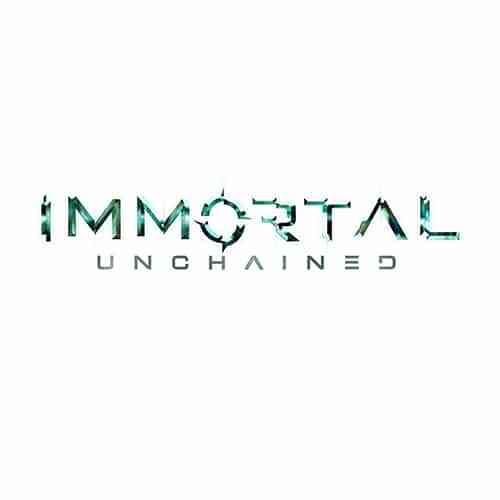 Among Us Developers Reveal the New Roadmap in a Fast-Paced Trailer
Next WWE 2K18 Hands On Preview – Storming the Ring With Vengeance
Previous Cuphead Hands On – The Brighter, Happier ‘Dark Souls’ of Platform Shooters