Mega Man 11 Impeccably Blends the Old School with the New

I’m a long time fan of Mega Man. The original Mega Man X on SNES was my introduction to the franchise, and I’ve since played every version of that same game that has been subsequently released. I’ve dabbled in the mainline series via Legacy Collection 1 and 2, but my heart lies with the X series. Naturally, I’m thrilled for X Legacy Collection 1 and 2’s release on August 24. However, upon getting my hands on Mega Man 11 at E3 2018, I’m more excited than ever to be a fan.

Directed by Koji Oda and produced by Kazuhiro Tsuchiya, Mega Man 11 is the next entry in the mainline series. Dr. Wily is back to his old mischievous antics as he threatens to use his infamous Double Gear system against humanity. It’s up to the Blue Bomber to use that same technology to defeat Wily’s eight Robot Masters and ultimately bring the vile scientist to justice.

Minutes into the demo, it’s immediately evident that Capcom has impeccably blended the old school with the new. Visually, Mega Man 11 features 2.5D graphics with 3D environments and enemies. Vibrant, luminous, and highly saturated, the game’s gorgeous to behold, and it’s complemented by a great soundtrack and sound design. I played through both Block Man and Fuse Man’s stages during my demo. Each presented entirely different challenges and enemies unique to their powers. I chose to play on Newcomer, one of four difficulty settings. My past experiences enabled me to progress through each stage virtually unscathed, but the bosses themselves posed a surprising threat. The cross between Mega Man’s original art design with 3D environments and that familiar, old-school challenge is both nostalgic and refreshing. 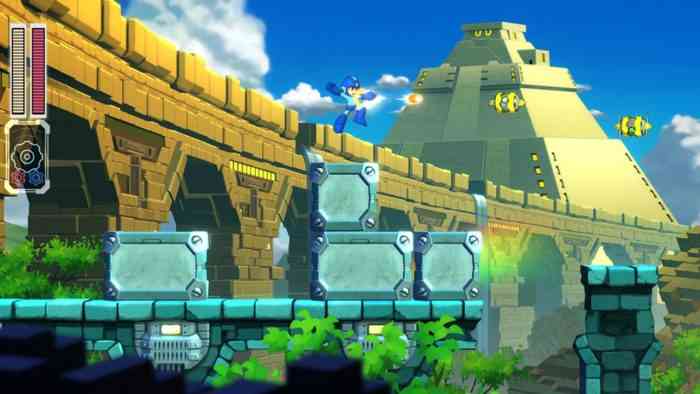 The Double Gear system adds two new abilities to Mega Man’s arsenal. Equipped with Speed Gear and Power Gear, the new mechanics significantly shake up the moment to moment gameplay. Activating Speed Gear slows time, enabling Mega Man to dodge incoming projectiles and quickly move through areas. It’s also handy for laying loads of solar bullets into enemies and bosses alike. Power Gear increases the overall damage of the Mega Buster and additional weapons, providing a means of quickly dealing with a group of overwhelming enemies. Simultaneously activating both abilities fires a devastating charge shot. However, doing so hinders Mega Man’s health, so it’s intended for desperate situations. Both Gears are set to cooldowns, inherently challenging your desire to use them. Combined with Mega Man’s jump and slide mechanics, experimenting with the Double Gear system is a ton of fun and its an excellent addition to the hero’s arsenal.

In traditional Mega Man fashion, you collect new weapons from defeated bosses to use against all who remain. Fuse Man and Block Man are a splendid taste of what’s to come, and I can’t wait to determine the proper order in which to bring down the cast of Wiley’s worst. Mega Man 11 is coming to PS4, Xbox One, Nintendo Switch, and PC worldwide on October 2 and in Japan on October 4. 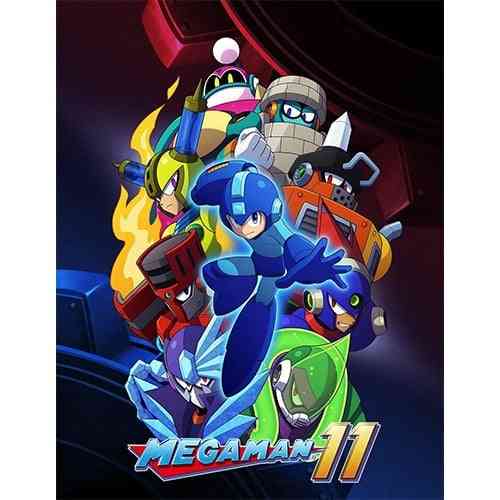 Sonic Colors: Ultimate is Looking Better Than Ever