This week I had the pleasure to look at Mable & The Wood. Mable & The Wood is a 2D Metroidvania where you play as the summoned savior of the world. Unfortunately, you are unable to wield your sword. In order to attack enemies, you will need to get creative with your shapeshifting abilities.

In the beginning, you only have one form, the fairy. This form allows temporary flight and, like all your transformations, recharges as soon as you touch the ground. When you transform you drop your sword—after turning back you can then pull your sword to you. This is your primary means of attack until you acquire more forms. You get a new form every time you defeat a boss if you want to fight at all. Mable & The Wood gives you the option of skipping bosses by finding hidden paths. In the demo, I was only able to fight one boss, a giant spider that granted me a spider form and the ability to zipline across the map. Upon replaying this segment, I was able to find the way around after some exploring.

Why Did It Have to Be a Spider?

I rather like the idea of being able to skip bosses. This has some fun possibilities such as getting to the final boss without killing anything only to go after the bosses in reverse order with skills you should not have or going for a pacifist run. The demo did hint that your actions may have story consequences. It increases playability without sacrificing the experience, as I found navigating the secret route about as challenging as the first boss. The first boss was quite easy, but that is to be expected. The further you get in the game and the more bosses you skip, I can imagine that these secret routes will become much more demanding. The platforming sections had a good variety of mechanics like weight activated platforms that required you to leave your sword behind or stone spears that required good timing. 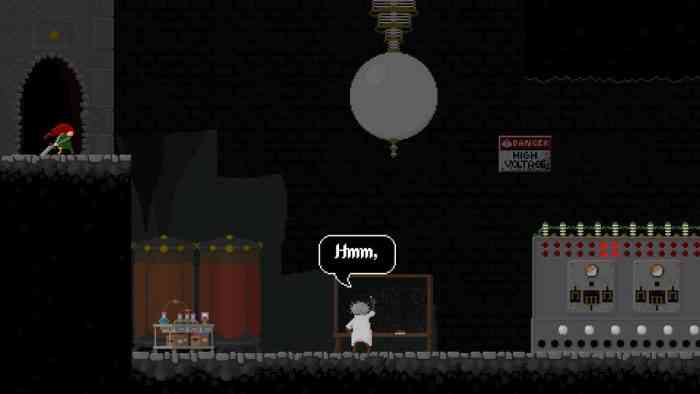 When I chose not to fight the first boss, I didn’t feel like it was impossible for me to progress, but I did find myself forced to get creative or find new routes altogether. I felt the loss of the spider form most when I had to cross the lava lakes in the second area. Being able to swing instead of fly extended my range quite a bit. The spider also provided a potent weapon as it allowed me to fire my sword out rather than rely on calling it back.

Simply put, Mable & The Wood looks great and reminded me of those old Gameboy platformers, but with tighter controls and improved visuals. I am excited to see what kind of new forms will be included in a full release. While there was not much content to the demo, what was available felt well done and controlled smoothly. I look forward to what the developers will do going forward.