The Elder Scrolls Online’s newest upcoming chapter, Elsweyr, became available on a Public Test Server last month. Slated for a June 4 release, Elsweyr will feature a huge new map exploring the land of the Khajiits and hours of new story content that tie in dragons for the first time in ESO. The Elsweyr expansion will have tons of new content, gear, quests and activities, and these are just five fun new additions worth getting excited about.

One of the features Elsweyr brings to the table is a new player class called the Necromancer. The Necromancer is a mage-like class that allows you to summon skeletal helpers, reanimate corpses and use bones to aid you in combat. The class has some pretty fun abilities as well as some epic ultimates, including the Frozen Colossus, which is an enormous frostbitten monster that erupts from the ground to smash all enemies in the area, or Reanimate, which can revive up to three downed party members. The Reanimate ultimate is one of the most valuable support abilities available, and the class as a whole is a blast to wreak havoc with.

Elsweyr features a new 12-player trial called Sunspire, which faces you against the menacing dragons who have overtaken the ancient temple of Alkosh. Each dragon boss within the temple focuses on a different aspect of dragon combat, with some taking to the skies to attack and others staying grounded or using magic depending on their specific style and abilities. For the first time, each boss will also offer a hard mode for players who want even more of a challenge. Another new feature that comes with the Sunspire Trial is the first-ever ability to earn mounts through gameplay rather than having to purchase them from the Crown Store. Should you earn all of Sunspire’s achievements, you can earn the Sunspire Champion Senche-Lion mount — which looks freakin’ sweet, by the way. 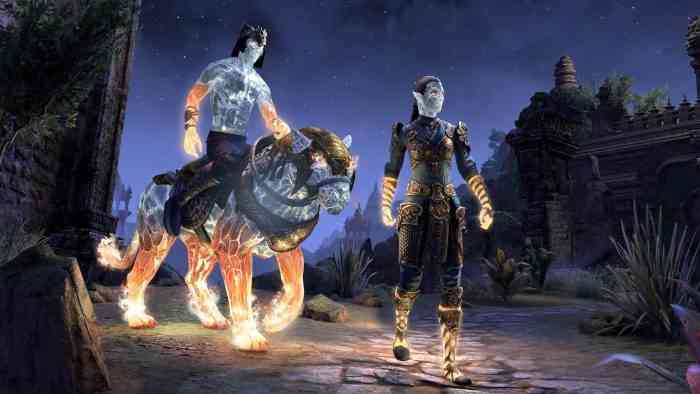 Elsweyr brings new player homes up for grabs, and they are absolutely stunning. They are tailored more towards serious veterans rather than newbies, but the brand new plots are some of the most beautiful I have seen to date. One of the homes, called Jode’s Embrace, displays the gorgeous arid landscape and exotic influence over an enormous property that even features its own portal. Another home, Hall of the Lunar Champion, is a temple with expanded wings that can be opened by placing certain tablets on altars within the main hall. The home can be earned through completing one of Elsweyr’s main quest lines, and both Jode’s Embrace and Hall of the Lunar Champion are packed with tons of secrets to uncover and explore.

Dragons are a key part of both the main storyline and the land of Elsweyr. Not only will you fight dragon bosses during quests and trials, but they will also be found frequently around the world for random encounters similar to Dark Anchors. They are complete beasts to take on, and players of all levels will definitely have their work cut out for them. The dragons of Elsweyr fight mercilessly both on land and in the air, using different elemental attacks depending on which dragon you are battling at the time. 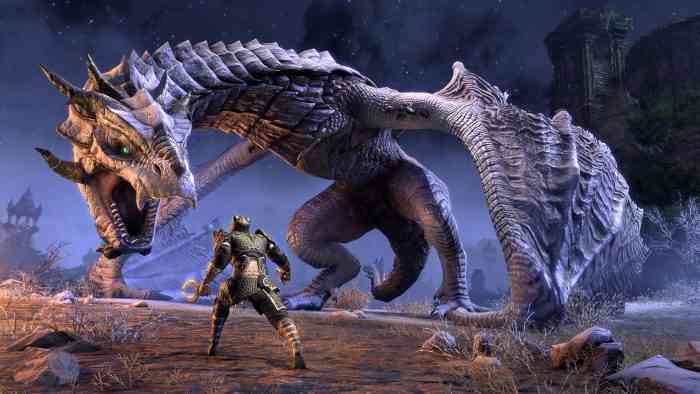 Elsweyr launches with an update that will be available to all players, regardless of whether or not you have purchased the expansion. This update will have many quality-of-life improvements, with one of the exciting new features being a proper Guild Finder. The Guild Finder will be an engine that allows players to post and search for guilds, apply and accept guild members and more. This is going to be a huge advancement in bringing the community together, and is definitely one of the most exciting aspects of the new update.