Gloomhaven Digital May Be the Best Way to Play Right Now

Gloomhaven is sort of the holy grail of board game nerds. The 22 pound box is no joke, full of cardboard secrets. It combines elements of D&D, deckbuilding card games, legacy games, and whole mess of other stuff. We’re talking over 1500 cards, 17 characters to play and master, and a campaign that plays out over 95 scenarios. Board game nerds salivate at the thought of this sort of complexity. Their normally patient friends and loved ones silently sob. That’s why a digital version of Gloomhaven is so important!

The basics of Gloomhaven are this: you play as a party of mercenary adventurers exploring the dangerous wilds around the town of Gloomhaven. Each character has a unique deck of cards, representing their moves. Most cards make you choose between one of two functions, and any card can be used to move a character (but not very far) or as a (weak) attack. There’s also decks that represent random chance, and cards can be added or discarded to represent items or elemental affinity.

What sets Gloomhaven apart from a lot of games are its Legacy mechanics. In most games, you play, then pack up the pieces for next time. In a Legacy game you may be asked to write on the board, or put stickers in the rule book, or rip up a card to never be used again. Functionally this means that while Gloomhaven is essentially about a set campaign, everyone’s Gloomhaven game will look slightly different. Characters will grown and change, and decisions made in the game’s story can forever alter the board. 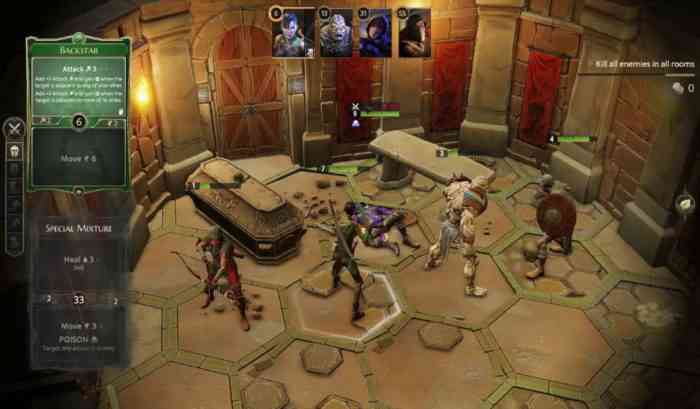 Currently, the digital version of Gloomhaven isn’t a complete 1:1 recreation of the game. That’s because it’s in early access. There are nine characters and the early outlines of the story campaign. Right now, it feels more like a “Gloomhaven Encounters” sort of game… which is still a lot to wrap your head around.

Because Gloomhaven is complex. That’s something board game nerds savor, but yeah, it’s really complex. It’s easy to accidentally burn off a powerful card too early in an encounter, dooming you to failure later. And you don’t just have to keep track of your character in the digital game- in single player, you are playing as a whole party! That means you have tons of cards to keep track of, and little room for error. That’s a big part of the appeal of an adaptation like this, but Asmodee Digital and Flaming Fowl are taking things any farther. It would be reasonable to expect the digital game to cover the events of the board game campaign, but plans exist to take things even further. The recent Guildmaster update added features not available in the cardboard game, letting you mix and match characters and features in ways that would tip the balance of the tabletop game. By the time Gloomhaven is ready to be fully released (sometime in 2021), it should not only contain the lengthy single player game, but a features that take full advantage of the digital medium.

Asmodee is a publisher that specializes in these sorts of board game adaptations, and I’m confident in saying that Gloomhaven is their most ambitious work to date. Flaming Fowl Studios isn’t trying to capture the feel of the cardboard pieces that come with the game. This is a full tactical strategy game with sophisticated rules, tons of variables and full 3D animations. Unfortunately, even on the highest graphical settings, something about the style didn’t work for me. I think it just feels a bit cluttered. The most important information can sometimes get lost in the snarling rat creatures and fireball effects.

The good news is that Gloomhaven is the best kind of early access experience. Check in the game every few months and you’ll find a new treat. Maybe it’s a new map type, or the expanded campaign. Maybe it’s even a new character! The fun of a Legacy game is opening the secret boxes and finding out what secrets are in your enormous game box. An early access game really reflects the fun of uncertainty. Who knows what will be added next? Better load up the game to find out.

What it simply comes down to is this: I received Gloomhaven for Christmas last year, and I love it (even as I don’t have anywhere to put the gargantuan box). The game retails for 100 bucks. And now the pandemic means, in person board game nights are indefinitely canceled. Gloomhaven on PC though? That will cost you $25, is fun to play alone, and supports remote multiplayer. Gloomhaven Digital may not yet be the perfect adaptation of the board game, but right now, it may be the best way to play. 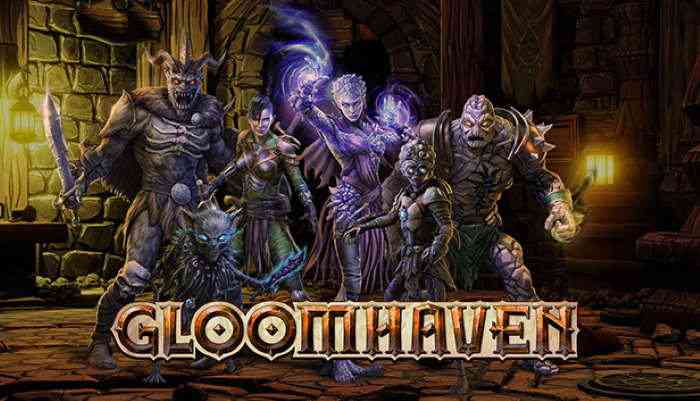 Game of Thrones: The Board Game – Digital Edition Review – You Win, You Die, You Muster
Next Puyo Puyo Tetris 2 is a Delightful Sequel Packed with Content
Previous Prodeus is a Throwback to Gnarly Retro FPS Games