Revisit 1274 in Ghost of Tsushima

“So, this is kind of a big departure for your studio,” said one of the other journalists gathered to see Ghost of Tsushima. Creative Director Nate Fox paused for a second – you could say that. This is not Sly Cooper. Not even close.

The whole concept of Ghost of Tsushima came from a love of Unagi Yojimbo, a classic Samurai comic whose characters bear a striking resemblance to Sly and the gang. Between that and Samurai films, Sucker Punch had all the insight they needed to craft this historically inspired love letter the year 1274.

Our demo followed the same path as the now infamous (see what I did there?) conference showing, but with some subtle differences. For one, the weather was different. Yep, Ghost of Tsushima features completely dynamic weather and day/night systems. No word on how that might affect gameplay just yet, but the ferocity of the storm we saw in the distance made drool a bit thinking about a vicious battle during a torrential downpour. The environments are beyond gorgeous, making the announcement of photo mode inclusion all the more exciting.

Though Ghost doesn’t feature Samurai from history (a sign of respect according to Nate), the principles and values of the ancient order are painted all over the game.

You may have noticed the tonal and visual contrasts as you watched the demo – it’s absolutely deliberate. A theme that was constantly brought up was stillness among movement. Samurai were legendary for their calm demeanor and calculated action, and Samurai films play that up by including static poses from warriors amidst a chaotic setting. Ghost does the same thing, with gorgeous scenes like the leaf blowing showdown and the field of flowers. It’s incredibly effective.

Respect is another theme that Nate kept returning to. He described Samurai warriors as fighting with 3 foot razor blades, and that fact directly informed Ghost of Tsushima’s combat. Devastating and visceral, a single strike could end any encounter. Success requires lethal precision, but expect greedy play to be rewarded with death. 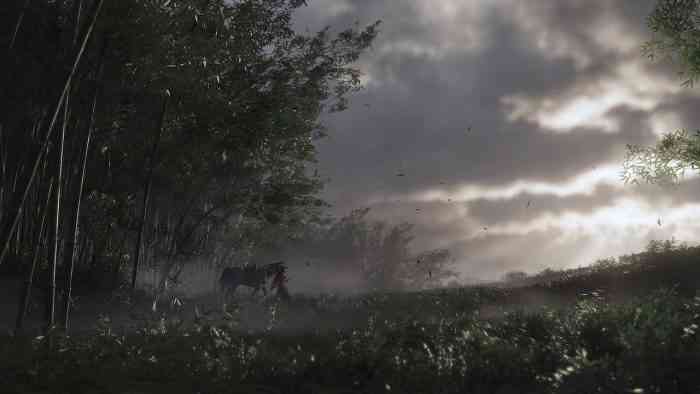 Story wise, the branching of Infamous is gone. Ghost is a fixed storyline. The team wanted tell a deeply personal and well developed story where each character impacts the main character directly, and building the game as a series of nonlinear and personal tales is an interesting way to go about it.

The true scope of the game still remains to be seen, but Sucker Punch seem committed to building a historically relevant and gritty experience that, based on a few quick impressions, will invite comparisons to other first party Sony titles, but has the opportunity and backing to carve out a special niche in a fascinating setting. 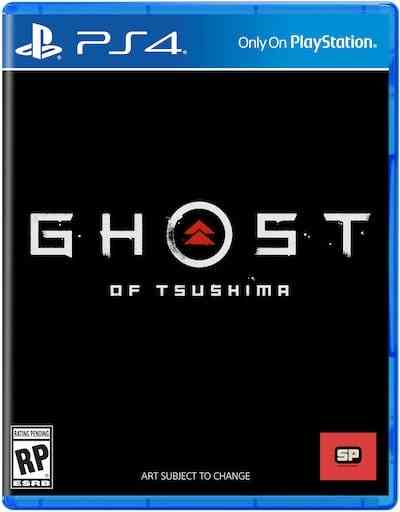