If you’re looking for a little more bureaucratic resignation in your supernatural stories, Remedy’s Control might be just the ticket. The game follows a woman named Jesse Faden, the current director of the Federal Bureau of Control. Said bureau is located inside an impossible building known as The Oldest House, a place where physical laws take some time off. She uses a combination of psychic powers and a unique sidearm to fend off the monstrous creatures that have taken over the FBC. Right from the beginning, the demo just oozed atmosphere. The worlds you navigate are utter madness: she uses arcane rites to open certain doors, her gun is a transforming oddity and she’s constantly visited by the spirit of the previous director. Unlike previous Remedy games, Control has a more distinct action focus. While you will be exploring a bizarre world of supernatural delights, you’ll also be kicking monster ass with incredible powers.

What kind of powers, you ask? Well, Jesse is often seen using levitation to traverse otherwise impossible gaps in the environment. She also does a whole lot of telekinesis, with massive chunks of debris being flung about at breakneck speeds. Plus she has a shield! On top of that, her gun is a delight all on its own. Seemingly composed of a mass of ever-shifting cubes, her sidearm appears to do the work of a whole arsenal of regular weapons. As an added bonus, only she (the current director of the FBC) can even use the weapon.

At one point in the demo, Jesse encounters a man in a glass booth, locked in eye contact with what looks like a fridge. He frantically explains that someone must be watching the ‘altered object’ at all times, lest it suddenly transform into something worse. The scene lasts only a moment, yet it offers a great summation of Control’s tone. This game looks like an expert meeting of the mundane and the incredible. Jesse approaches her work with the resignation of someone duty-bound. This cosmic nightmare is her responsibility to correct, and she’s resolute in her focus on the task. This focus, in combination with the constant influx of bizarre arcane forces, creates a fascinating narrative that I’m eager to investigate in greater detail. The possibilities contained within The Oldest House are more or less limitless, with the space inside capable of shifting in world-shattering ways. I’ll be waiting on pins and needles for more information on Control in the days to come. 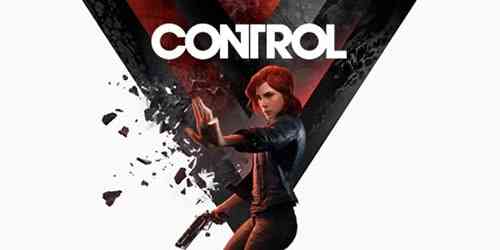