Geek Sin #116 – I have never watched a single minute of Ghost in the Shell.

Ghost in the Shell is an Anime that came along to alter how Japanese animation was seen by the public. Tied to French Comics such as The Long Tomorrow by Dan O’Bannon, the influence of such works shifted Anime from Astro Boy and Speed Racer, to Akira and as you may have expected, Ghost in the Shell. It’s a piece of entertainment I’ve always been meaning to get sit down and watch, but just haven’t gotten around to. So it disappoints me that my first encounter with the franchise is a free-to-play first person shooter that copies many other Nexon published games, without adding enough of its own blood to make it stand out.

The game certainly surrounds you with things from the show, featuring playable characters from the television series, and clips from said show appearing in the menus. But to be honest, even as someone who does not watch the program, it’s easy to see that the game – in its current state – shares an uncanny resemblance to Combat Arms, Alliance of Valiant Arms, or Arctic Combat in terms of its menu interface.

The surprisingly good musical score isn’t enough to shake the feeling that you’ve seen this game before, and then you join a match, to which you realize that you’ve not only seen this game before, but you’ve played it too. At first glance, this isn’t such a bad thing. The game isn’t offensive like F.E.A.R. Online, and the idea of a decent first person shooter with a standout franchise might be enough to convince some, but in its current form, Ghost in the Shell misses the mark in when it comes the finer details.

“The game isn’t offensive like F.E.A.R. Online, and the idea of a decent first person shooter with a standout franchise might be enough to convince some, but in its current form, Ghost in the Shell misses the mark in when it comes the finer details.”

First off, this game just does not feel good to control at all. Despite having sensitivity and acceleration settings with shortcuts to the keyboard (which is really nice, please can more devs do this?) I simply could not get this game to feel correct. Movement feels sticky and slow, even while your character is sprinting, as if you’re moving a robot fridge instead of an augmented solider. Animations are both too fast to be visually impressive, and too strict to benefit gameplay.

This cocktail of confliction also steeps its way into the gunplay, where headshots will be either an instant kill or unregistered depending on how the game flips its coin. It’s not just headshots where this is applicable, First Assault Online easily features the worst hip fire I’ve seen in a game. Your accuracy when hip-firing is not at all in sync with what your crosshair is telling you. It’s as if after five shots are fired, your gun spits a burst of air. Combine these details with a game that is poorly optimized with frequent stutters and framerate drops in empty rooms and you’ve got yourself a game that does not require skill to play. 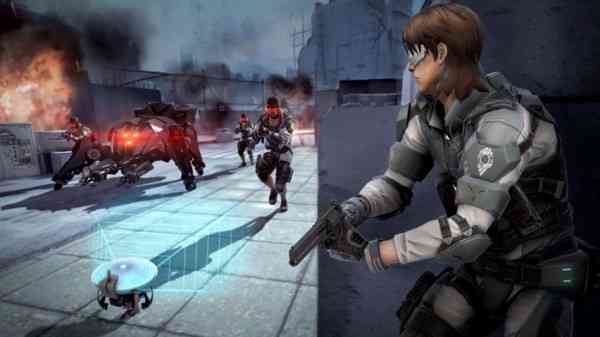 Even with my poor engine performance and inconsistent gun efficiency, I’d still end up being in the Top 3 players at the end of a match without trying. All of these are things that could improve with time, but I don’t see that happening with the level design or basic core gameplay.

Free to Play Shooters share a lot of trends when it comes to levels and First Assault Online is not acceptation. There’s the industrial map with lots of long corridors. There’s the urban map with a lot of corners and interiors. There’s a narrow flat map dominated by random pieces of cover. Every F2PS trend is here with no originality to mix things up. What the game relies on are the player abilities. Every character that’s available comes with an ability, these range from cloaking, to radar, explosive drones, arm-rockets, and health regeneration.

The game’s unique trait is that while your ability is in use, other players within your radius are able to activate it as well. The game is at its best during the Terminal mode (a copycat of War from Call of Duty: World at War), when the enemy is about to capture it a checkpoint, and someone on your time activates Hyper Sprint, allowing you and your fellow soldiers next to him to use the same ability, storm the objective, and protect it.

Truthfully though, this concept is simply not enough to carry the otherwise generic first person shooter gameplay. Moments like the one I just described aren’t frequent, as the game’s community seemed to be more focused on kills instead of objective play, even though game doesn’t measure K/D ratios during this objective mode. Aside from the abilities, there’s not much else to distinguish the characters other than their appearance. I’m sure that fans of the show will love being able to play as their favorite characters, but then that effect will wear off shortly.

Fans of the licence will more than likely come from this experience wishing for a truly modern Ghost in the Shell game instead of a currently mediocre multiplayer shooter with a Ghost in the Shell skin wrapped around it. Fans of shooters who are not familiar with the licence will recognize the game’s short comings almost immediately, and with superior free to play shooters available (some are even published by the same company, check out our Dirty Bomb preview for that), there’s simply not enough reason to stick around with First Assault Online in its Early Access form, and I don’t see it changing much in the future. 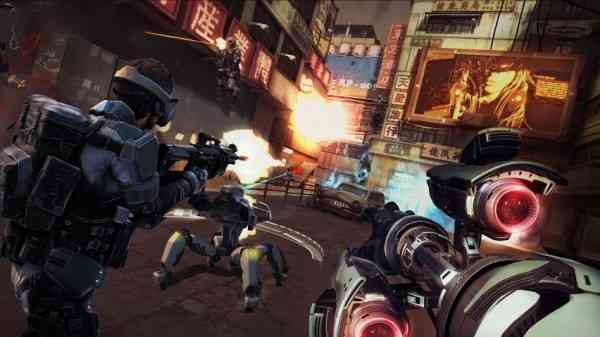 I can’t confirm this with certainty, as only time will tell if the game will improve and evolve from its lackluster beginnings. The developers do voice that they want feedback, by leaving a hard to miss tab on the front page, which is smart of them.

My recommendation would be, that if they are simply wanting to make a shooter with the Ghost in the Shell brand, they will need to elevate and polish the core gameplay to maintain the interest of both fans and non-fans. Either that, or they need to include some more unique gameplay concepts to capture the imagination of players. While it hasn’t stopped me from wanting to sink my teeth into the Films and Television programs, it has made me wish that I received a better introduction to this beloved series. 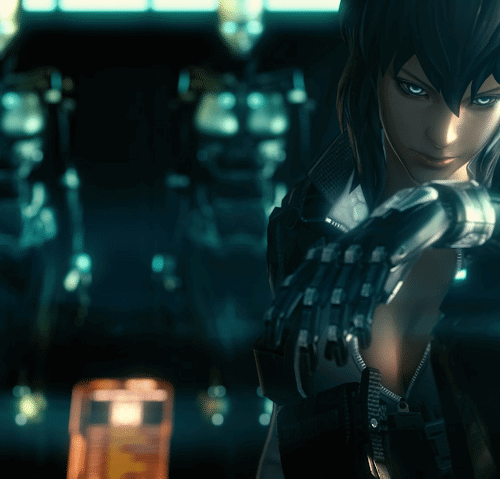 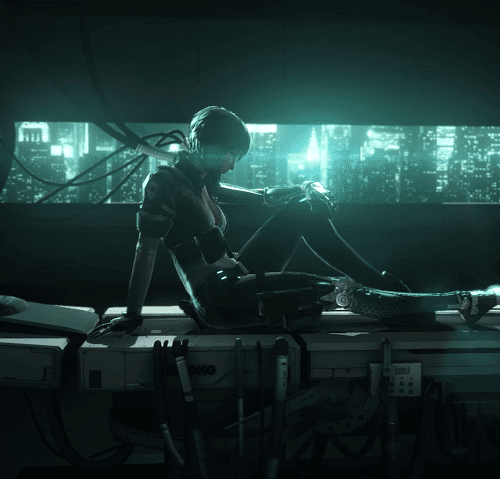 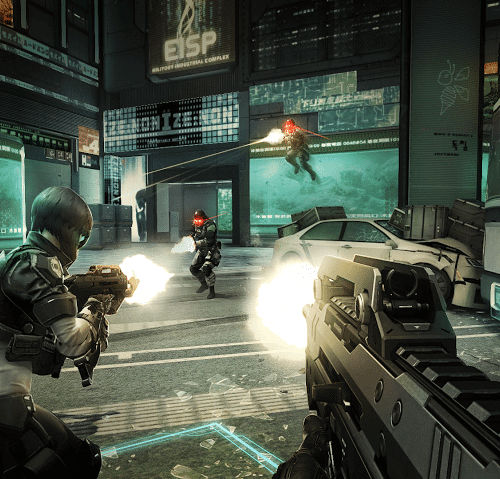 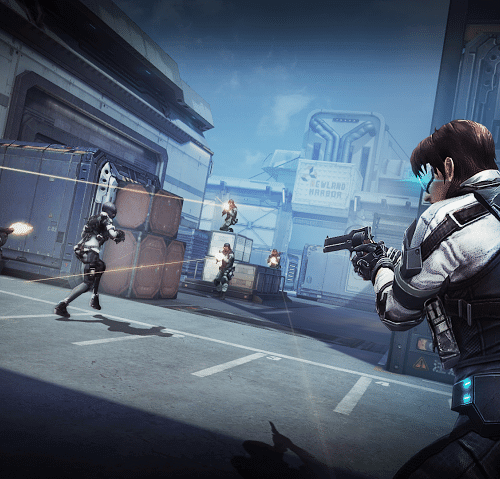 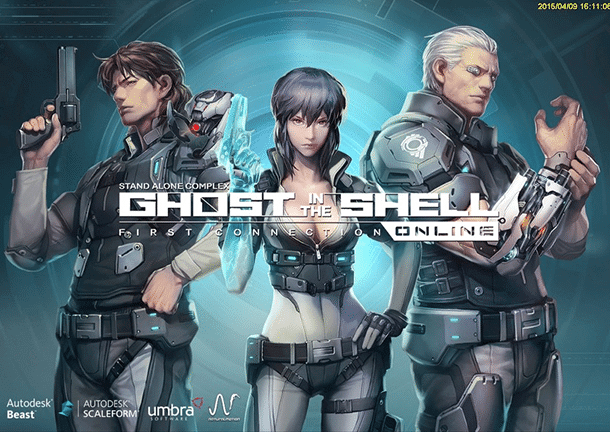 5 Exciting Features in The Dauntless “Call of the Void” Update

Pre-registration for Gwent: The Witcher Card Game on Android Is Now Live
Next XCOM 2 Hands-On Preview – Moving Into ‘Must Buy’ Territory, One Turn at a Time
Previous Plants vs Zombies: Garden Warfare 2 ‘Backyard Battlegrounds’ Preview – Now With More (Flower) Power