Humanity Is Rebuilding in Dying Light 2

“In this game, your choices MATTER.” We’ve all heard that phrase a million times, glazing over a little more each time. What if I told you that I suspect Dying Light 2 may actually fulfill that promise? I know, it sounds absurd. But maybe, just maybe, Techland’s parkour and melee series can end the eye rolling?

It feels like it can. Dying Light was both fantastic and criminally underappreciated, and Techland’s skills have improved tremendously since then. Obviously, one of the first questions we had to ask was how many endings there are. Rather candidly, they said they weren’t sure where the number of world end states would land. Much like real life, the emphasis for Dying Light 2’s choices is on the journey, not the outcome.

Choices in Dying Light 2 feel real, not artificially generated and overly black and white. I don’t want to spoil what’s probably a big story beat in the final game, but in the demo we saw the final choice was to 1) straight up murder a possibly innocent and benevolent man, or 2) doom your outpost to permanent dehydration and lock out a big section of the map. For the whole game. Yeah, the stakes were pretty high.

Bang For The Buck

It’s not just giant sweeping choices you’ll be making either, in a few spots main character Aiden was forced to make a quick, time-limited choice that had more significant consequences down the line. When a friend was shot in the street, Aiden had to decide in a few seconds whether to pursue the culprits, or to stay and help. That particular friend died based on the decision we made. Could he have lived? I have no idea, and I’m absurdly curious about it. We were told that an average 20ish hour playthrough wouldn’t be able to see more than 50% of the game’s content – great news for replay value and those interested in role-playing their character. 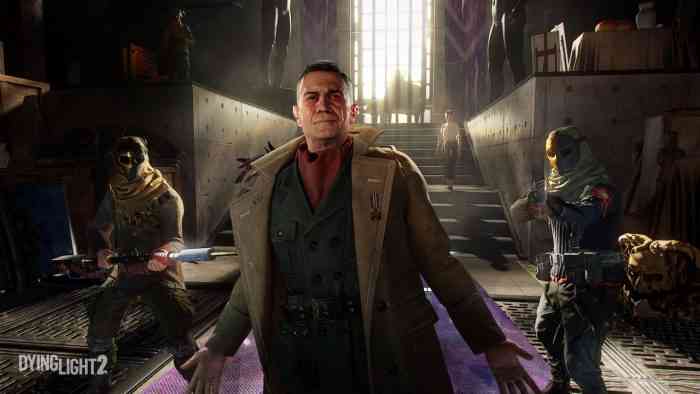 Between those choices, the gameplay might seem familiar to those who’ve indulged in Dying Light before. Combat, which centered on careful timing and brutal blows, has been dialled up to 11 with more than double the animations and potential attack outcomes. We saw a number of heads go sailing with little notice, eliciting legit gasps from a group of seasoned, jaded, journalists.

Parkour and traversal look equally compelling here as well, though less of a leap from the original thanks to how diverse that system already was. Still, the tension and flow we saw demonstrated was right up there with the best I’ve ever seen. The system is highly acrobatic and creative, and does a great job generating momentum. You’re going to want to look cool.

Worth noting is the shift in setting. Dying Light showed us a world ravaged by the infection, and failing to adequately cope. Dying Light 2 takes place 15 years down the line, where people have adapted, and are starting to rebuild society. The infected continue to be a threat, but I find the increased focus on humanity’s response to adversity way more compelling narratively than a pure zombie apocalypse tale. 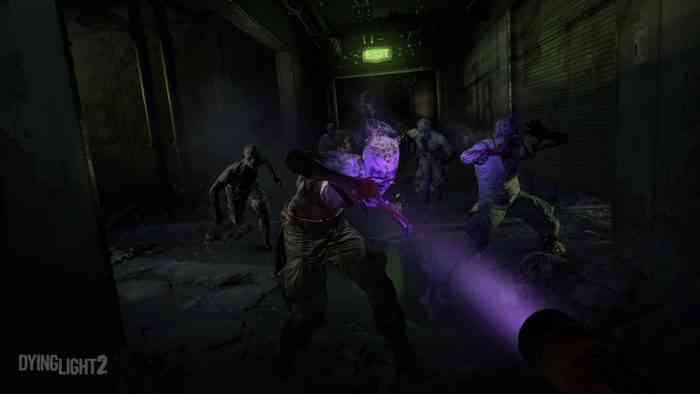 The passion of the Techland team is tangible. Their goal is perfection, as demonstrated by an absurdly well planned and executed demo, a furious commitment to making sure we had the information we needed, and a flurry of high fives the likes of which I’ve never seen when we handed them a Best of Show nomination. Keep your eyes on this title, people. They’re a scrappy team, and they’re quietly building a game that rivals the quality and scope of fellow Polish developers CD Projekt RED.

I won’t lock it in for game of the year 2020 just yet, but I won’t be at all surprised if it features heavily in that discussion. Dying Light 2 hits PC and consoles in Spring 2020. 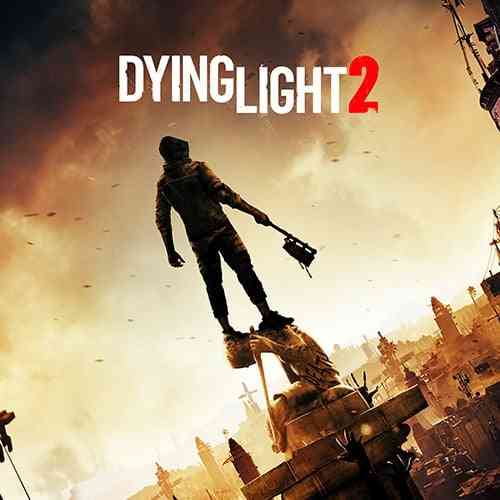 Developers Give Hints on Upcoming Dying Light 2 DLC and Updates
Next Cris Tales is Hand-Drawn, Wholly Unique & Absolutely Beautiful
Previous Fall Guys is Like Having Mike and Ike Compete on Takeshi’s Castle