Deathgarden: Bloodharvest is a Tense and Tactical Game of Cat and Mouse

When you hear the name “Deathgarden: Bloodharvest” you probably picture an impossibly dark game that takes itself seriously to the point of being overbearing. However, while its tone is undoubtedly sinister and dreary, the gameplay is a lot more fun than the name would lead you to believe. This is Behaviour Interactive’s second foray into the world of asymmetrical online multiplayer games. After Dead by Daylight became somewhat of a cult hit a few years back, the studio decided to double down on the concept with Deathgarden: Bloodharvest, and the early results are impressive.

The game veers from the survival horror found in Dead by Daylight and instead introduces a futuristic, dystopian society where lower-class citizens must fight for their lives in a game of bloodsport – think Hunger Games but bloodier. The scavengers must enter the deathgarden and collect and deposit blood while avoiding the hunter assigned to kill them. If they succeed and escape, they are granted entrance into the Enclaves, the safe-haven high-society of this universe.

Naturally, you get to choose the role you’d like to play. If you play as a scavenger, you will be dropped into the deathgarden where you will run around in a third-person viewpoint, collecting blood, ammo, and power cores that allow you to use special abilities. As a scavenger, you have tons of mobility options including sprinting, evading, and wall climbing. You will need to be adept at navigating the map using these skills if you want to successfully avoid the deadly arsenal of the hunters. There are also a number of characters and abilities that can be unlocked, all of which provide different play styles during a match. You could, for instance, use an ability that generates clones of yourself to fool the hunter, or one that drops a smokescreen allowing for a tricky getaway in a tight spot. As a scavenger, you cannot kill the hunter, so learning how to escape is of the utmost importance. There are active abilities that have limited uses and must be regenerated with power cores as well as passive abilities. Though different characters have their own skills, once you unlock various abilities you can customize your loadout any time before a match starts, allowing for a great deal of personalization and experimentation. 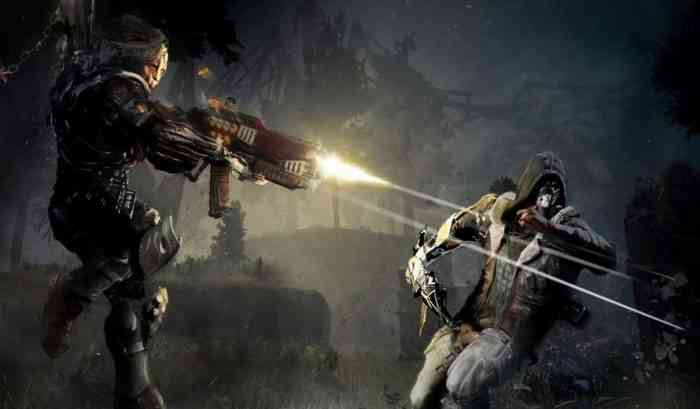 Playing as a hunter, however, changes the game entirely. Rather than third-person parkour, you will switch into a first-person shooter. Playing as the hunter in Deathgarden: Bloodharvest is the closest thing to feeling like the Predator I’ve experienced in a video game. Similar to the scavengers, you can customize your loadout for the hunter, equipping different weapons and abilities that suit your play style. Though you may feel overpowered as the hunter when you fight a scavenger one-on-one, it’s actually quite challenging to successfully eliminate all of them before they are able to escape. Once the exits open up, each surviving scavenger will be highlighted in red, but if they reach any of the exits, they are able to escape instantly. This makes catching all of them feel nearly impossible if there are multiple remaining in the closing seconds of the match. You also need to have incredibly precise aiming and tracking as the hunter to effectively kill scavengers, which may prove difficult for some. Even so, I still enjoyed playing as the hunter more than a scavenger. There is something about stalking your prey, setting up traps, and securing kills that just never gets old. No matter which role you play, though, you are in for a tense, gripping experience.

As of right now, Deathgarden: Bloodharvest is still in early access and costs $15 to play. That may be a bit steep for an early access, multiplayer-only game, but thankfully there are no microtransactions or loot boxes that I can find, so additional costs aren’t a concern. Instead, you earn materials and money by playing matches, which you can then spend on cosmetic items, weapons, and characters. The downside to this is you only have one scavenger and one hunter unlocked at the start and unlocking more can feel like a grind. This locks out a lot of the play styles Deathgarden has to offer until you play dozens of hours. Additionally, Deathgarden still feels somewhat unpolished. As a whole, it looks and runs fine, but some of the animations are clunky and the overall aesthetic is muddy and washed out.

Deathgarden: Bloodharvest is one of the most intriguing and strategic asymmetrical multiplayer games I’ve played in a long time. It mixes first-person and third-person surprisingly well and the gameplay is always a tense game of cat-and-mouse regardless of which side you are on. I’m hoping that by the time it comes out of early access there is more content and its rough edges get smoothed out, but despite these minor qualms and its rather silly name, Deathgarden: Bloodharvest is absolutely a game to look out for.

** A preview code was provided by the publisher ** 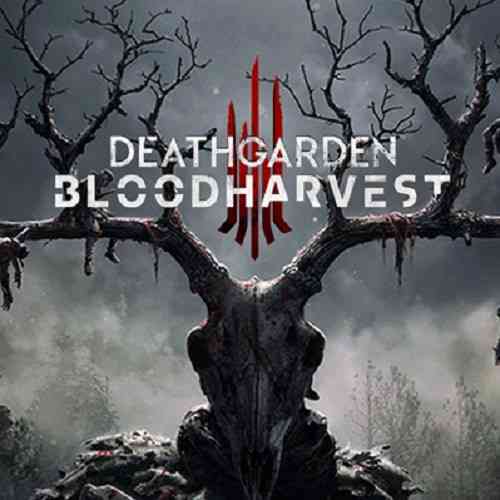 
Crossplay Launches on Dead by Daylight

Dead by Daylight Rolls Out Testing of New Matchmaking System

Dead by Daylight Cross-Play on Its Way With Possible Exceptions

Dead by Daylight Is Coming to the Google Stadia
Next Fall Guys is Like Having Mike and Ike Compete on Takeshi’s Castle
Previous Watch Dogs: Legion Lets ALL The Dogs Out