Breach is an Eclectic ARPG with Killer Gameplay and Lore

I recently had an impressive taste of ‘Breach’ alongside CEO and Co-Founder of QC Games, Dallas Dickinson. Featuring elements of MMOs, third-person shooters, MOBAs, and dungeon crawlers, this cooperative ARPG is quite the eclectic experience. I like to describe it as the lovechild spawned from a polyamorous relationship between Overwatch, Diablo, and World of Warcraft. Breach’s Early Access period has just begun, and it’s loaded with great features, interesting lore, and gleaming with potential.

I tend to admire stories that alter or play off of actual historical events, and that’s precisely the sort of tale present in the game. 70,000 years have passed since humanity neared extinction. Fortunately, some considerate immortals spared us from a tragic end by splitting Earth into two realities; one of which we recognize and another home to a myriad of mythological beings. For millennia, everyone thrived; but now the realities are colliding; resulting in quite a calamity.

As a hero blessed by ‘The Spark,’ it’s your job to purge the fractured planet of the foul beasts invading it with a vast and versatile set of magical weapons and abilities. Gameplay is fast, hectic, and I’m beginning to believe it features some of the most satisfying combat I’ve experienced in a game of its kind. In many ways, Breach’s concoction of genres results in an experience that feels fresh. It’s like Diablo and WoW with more engaging combat and a hero shooter with much deeper customization. 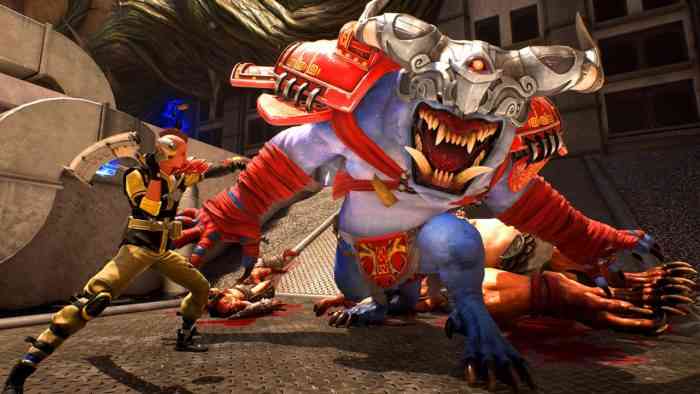 Currently featured are eighteen hero classes with radically varied playstyles in an open class system. Familiar roles such as tanks and healers are present along with a range of unique classes like the Exorcist, Reaper, and Shadowblade. I played as the Gunslinger who duel-wields pistols and harnesses some incredibly badass abilities like the ricochet shot, rapid fire, and an ultimate akin to Road Hog’s in Overwatch. I’m impressed with how well the gunplay mechanics feel. Breach is a solid third-person shooter in and of itself. What’s more is the option to evolve each class beyond their default states, and switch between them at any time. In addition to primary weapons and abilities, you can modify gear and add gems with buffs that further tweak your build. The possibilities are seemingly endless, and the depth of customization begs for experimentation.

Enemies you encounter aesthetically vary but are pretty standard regarding gameplay. There’s cannon fodder, elites, and bosses, but the spice of combat is attributed to The Veil Demon. This malicious entity can set traps, possess elites, and choose when and where to spawn enemies. Veil Demons also feature multiple classes with interchangeable gear, gems, and cosmetics. The Veil Demon is ultimately one of the leading elements of Breach that makes the competitive side of it truly dynamic.

The concept of a traditional and mythological Earth colliding inherently suggests some visually alluring environments. I can confirm that’s the case, as I spent fifteen minutes blasting my way through magically altered Tokyo. One minute you’re trekking through an illuminate city street and the next through an otherworldly cave. In addition to Tokyo, there are currently two other maps in Egypt and Kiev. Three maps seem meager, but I believe the depth of character classes, fun combat, and the inclusion of The Veil Demon results in matches feeling relatively unpredictable and re-playable. It’s great to see an idea so wonderfully realized. QC Games have nailed the application of the concept, and the lore surrounding the new world and its inhabitants is enthralling. 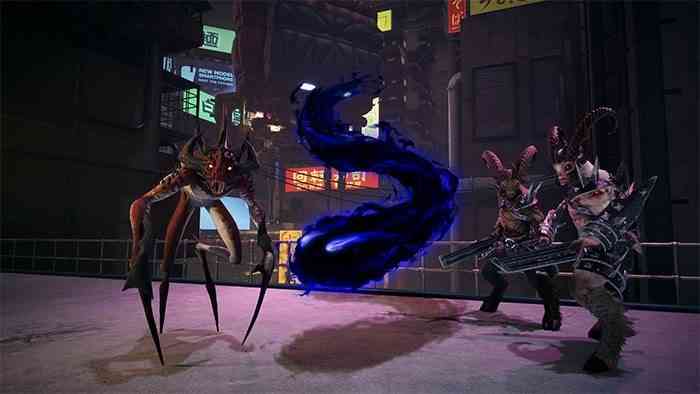 Breach provides you the option to fly solo or team up with three other players and/or bots. The one bot on our team managed to get stuck in a few spots but overall proved to be a valuable member of the lineup. The Veil Demon can also be controlled by a player, and though I’ve yet to play against a player-inhabited Demon myself, I imagine it makes for some especially competitive matches. The maps are broken into multiple sectors presenting you with diverse objectives like merely killing all the enemies and capturing control points. I appreciate the various objectives as they force you to alter your tactics as you progress. Interestingly, you’re awarded multiple buffs for successfully completing objectives that enhance your abilities for the duration of the match. They aren’t the determining factor of total victory or defeat, but in the end, stronger buffs result in an alleviated boss encounter; depending on the difficulty setting of the match.

Match rewards are plentiful and can be invested in new abilities, gear, cosmetics, and emotes. Weapon skins and outfits look exceptional, and the leveling system seems to progress at a moderate pace. All can be acquired and upgraded with the standard gold currency of the game or with monetized QC points. QC points can be purchased to exclusively obtain cosmetic items and unlock heroes at a faster rate. Between matches, players congregate in a reimagined Library of Alexandria where they can train and party-up with others. 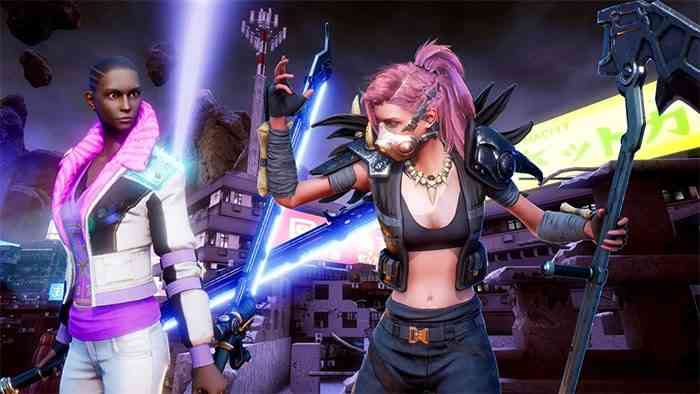 Upon exiting Early Access, Breach will be free to play. Currently, a few versions varying in price are available on Steam including the Starter Pack, Veil Demon Pack, and Hero Pack. As a game in Early Access, Breach is chock-full of content and notably polished. The game also has additional content coming soon and an ever-evolving roadmap laid out for the foreseeable future. Not unlike the combining of worlds in the game’s lore, Breach is a positively bizarre, daring, and splendid combination of multiple genres I thoroughly enjoy. I’m into it, and I recommend experiencing it for yourself. For more on Breach, you can join the game’s Discord channel or visit the official website. 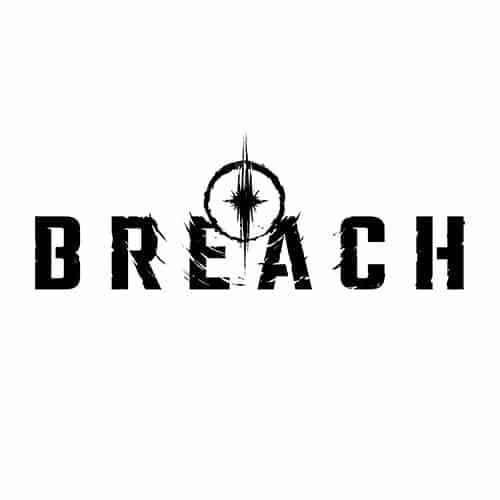