Blast Brigade vs. The Evil Legion of Dr. Cread Preview

Blast Brigade vs. The Evil Legion of Dr. Cread might be one of the longest game titles I’ve seen in a little while but the name kind of fits! This bombastic, over-the-top Metroidvania is like a classic Cartoon Network show that’s been gamified. Thinking about it, it actually feels a bit like Kim Possible, with a team of humorous spies trying to take down a ridiculous evil scientist who’s trying to take over the world.

Although the game (rightfully) markets itself as a Metroidvania, the first game that came to my mind while playing it was the classic Metal Slug from the arcade days. The opening of a crash landing on a beach to surprise hostile goons was what set off my nostalgia sense at the start. The run-and-gun playstyle with enemies firing slow-moving projectiles only reinforced the feeling. The game even has powerful guns with limited ammunition too!

But of course, the game’s concept does revolve around the fundamentals of Metroidvania. Plenty of platforming and a bunch of locked doors you can’t open (yet!) will litter your exploration of the levels. The little gimmick that Blast Brigade plays with is that each of your spy agents has specialty tools that work as exploration upgrades that you may find in other Metroidvanias. To make it even more exciting, you can switch between your agents on the fly, weaving their abilities in creative and awesome ways. Unfortunately, the for current demo only one agent is available, so I wasn’t able to test how it really feels to play with the swaps. However, what’s there is very good, even if a little generic. 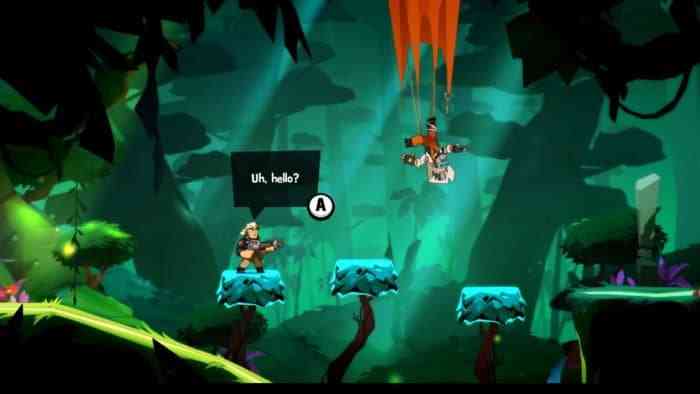 A cool little mechanic that I’d like to point out is the reload in this game. It’s not anything special on its own, but if you empty your magazine, your character won’t be able to fire for a while. This means that, unlike other run-and-gun titles, always firing your gun as you traverse the levels isn’t the best strategy, even if you have infinite ammunition. It also incentivizes for you to be precise with your shots and rewards patience. It’s amazing how a little detail can change the game as a whole.

One of the best parts about Blast Brigade is that it hits that perfect place where it’s something that can be enjoyed by every age group. It’s light-hearted, funny, and colourful but it doesn’t feel so childish that it alienates the older audiences, I found much of the character interactions and innuendos quite humorous and cute even. It also doesn’t cross any boundaries that might turn the product into a raunchy adult cartoon either. 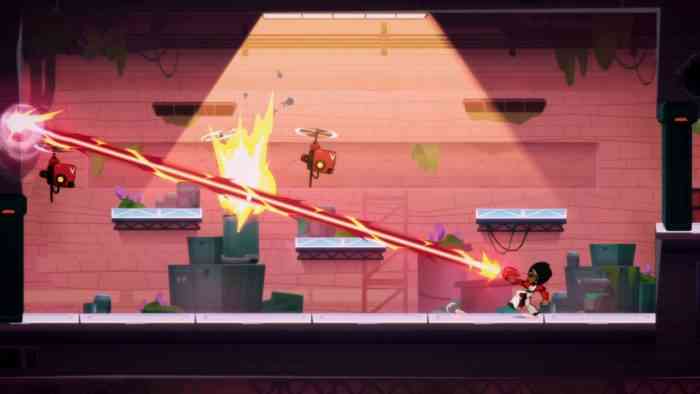 Unfortunately, Blast Brigade doesn’t have a release date yet, but make sure to put this one on your wishlist on Steam! This is definitely one of the most promising titles I’ve got to preview this year.