Aeterna Noctis may have gone under your radar until now, but it is definitely worth a look. There are parallels to other iconic games that can be made with this upcoming indie title. It looks like a combination between Ori and the Blind Forest and Guacamelee! The hand-drawn and 2D style of the game and the camera movements are very reminiscent of the Guacamelee! games and the fantastical tone, gameplay, and movement of the characters seem look similar to the Ori games series. It also looks to be more on the difficult side. 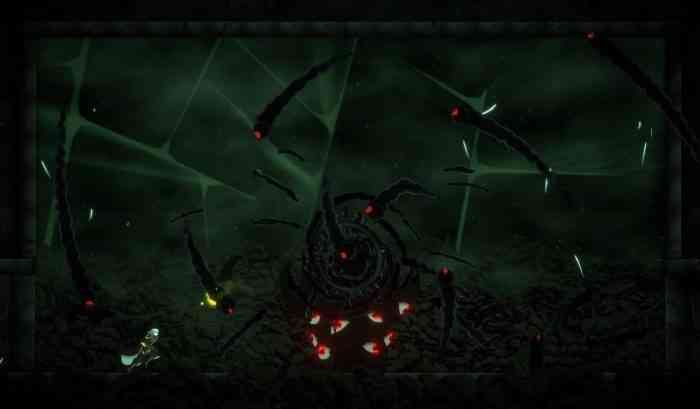 The gameplay trailer, which came out today, shows off both the stunning environments, as well as the uglier side of things. By that I mean, the traversal and combat that would be difficult for a bad gamer like me, but for those of you who want the challenge, Aeterna Noctis looks like it will definitely deliver. There are over 100 unique enemies, 20 different bosses, and hours* of punishing 2D platforming sections (*number of hours may vary depending on skill level). This Metroidvania game also has a ton of abilities, weapons, and and skills to unlock throughout this experience.

If 2D platformers and Metroidvania-style games are your thing, you will want to check out Aeterna Noctis, which comes out on December 15th for PC, PS4, PS5, Nintendo Switch, Xbox One, and Xbox Series X|S.

Does Aeterna Noctis pique your interest? Let us know in the comments below.

Like a Dragon: Ishin! Remake Comes Out Early Next Year
Next
Biomutant Explained: Martial Arts at the End of the World
Previous
Check Out the Details of Mario Golf: Super Rush in the New Trailer