Just when I thought it might be safe to preview a new game without it being a Soulslike, along comes Achilles: Legends Untold. I mean, it looks like a hack-and-slash, a kind of modern version of Titan Quest maybe. Well, there is a bit of Titan Quest in Achilles, but a whole bunch of Dark Souls, too. And the kicker? It all works great. For once, I was happy to be fooled.

Achilles: Legends Untold doesn’t even join the ranks of Steam Early Access games for a few months, but I had the chance to play a bit of the Beta version. It’s a third person action game set in ancient Greece. Not necessarily the ancient Greece archaeologists would recognize, however. A large section of the Beta takes place as Troy is under siege. You play as Achilles and your foes are not just familiar heroes like Jason and Paris, but creatures from myth. The full game promises a wide range of monsters, powerful heroes, and iconic environments taken from Greek mythology.

Playing the Soulslike Tune on a Greek Lyre

The mechanics of Achilles: Legends Untold will be instantly familiar to Dark Souls fans. Combat is based on stamina management, blocking and dodging, light and heavy attacks. There are the usual kinds of consumables, like health potions, firebombs, and magic buffs for weapons. There’s going to be crafting, too, though it didn’t appear in the Beta. Or maybe I just missed finding Achilles’ version of Andre. 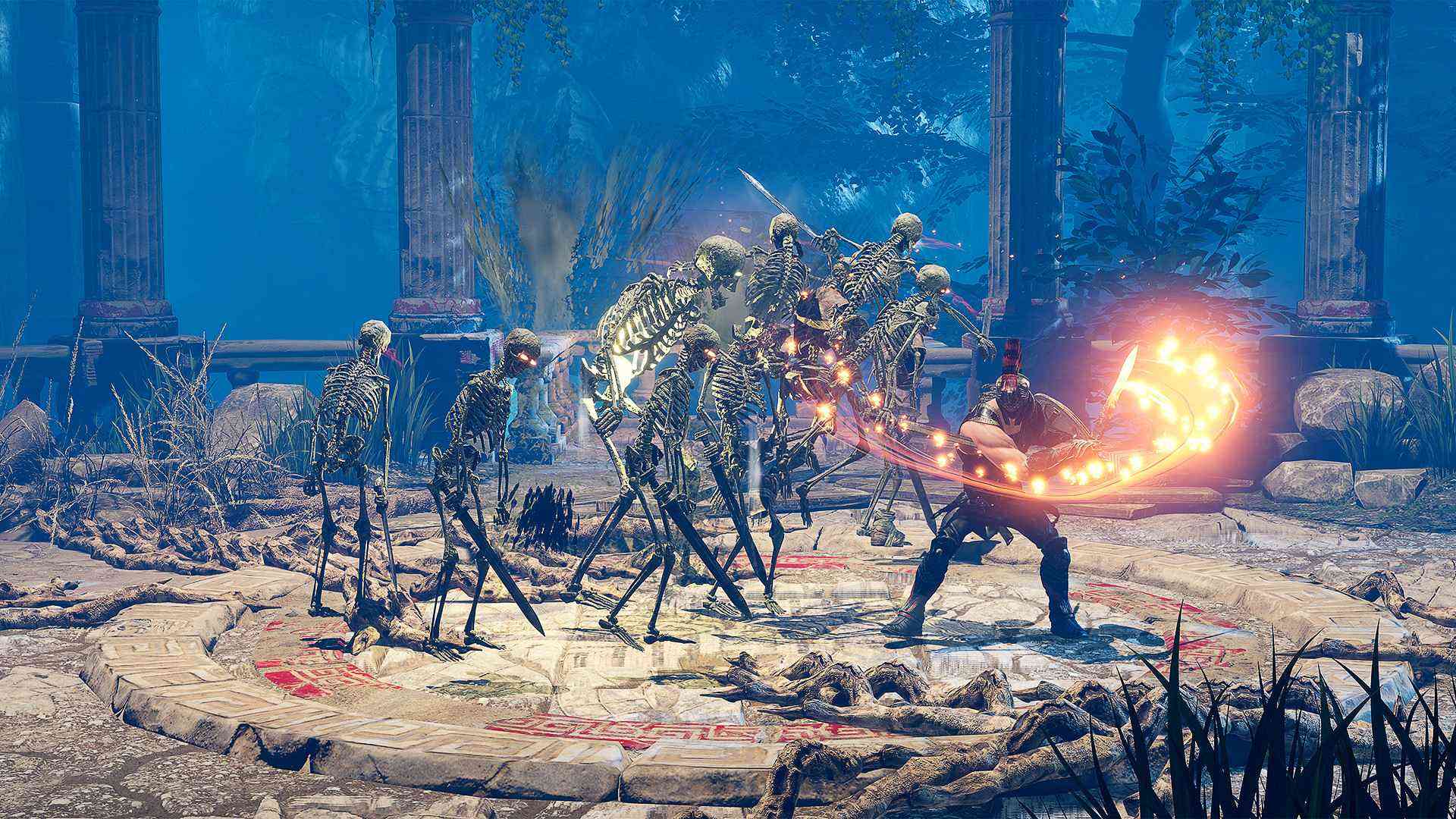 The framework is there for the usual Soulslike character upgrade system. It’s easy to understand, and based on familiar kinds of stats. Characters use shrines instead of bonfires, where they can rest (enemies respawn), level up, or fast travel to other shrines. Like Dark Souls and its many cousins, save locations seem to be near boss encounters.

In the short Beta, I only had the chance to audition an early sword, basic shield and lance-type weapon. They weren’t terribly exciting or powerful weapons. By grinding a bit for souls (yes, they’re called souls) I was able to significantly level up my stats. Since you’re playing the title character, I assume there isn’t a character creation system per se.

The game is playable solo or in co-op. It seems like a perfect fit for two players working together.

Take Your Time. Combat is Deliberate

Right out of the gate, I assumed combat in Achilles: Legends Untold was closer to a typical, Diablo-style action RPG. It didn’t take long to understand that it was much more aligned with Dark Souls. You get a hit or two, and get out of the way. Block, riposte and retreat. Heal up, toss a firebomb, rinse and repeat. In familiar Dark Souls fashion, the tutorial boss kicked my ass a few times, until I did some grinding and leveled up. I got used to the rhythm of the game’s combat soon enough, but I felt that the controls were just a little sluggish and could have been more responsive. 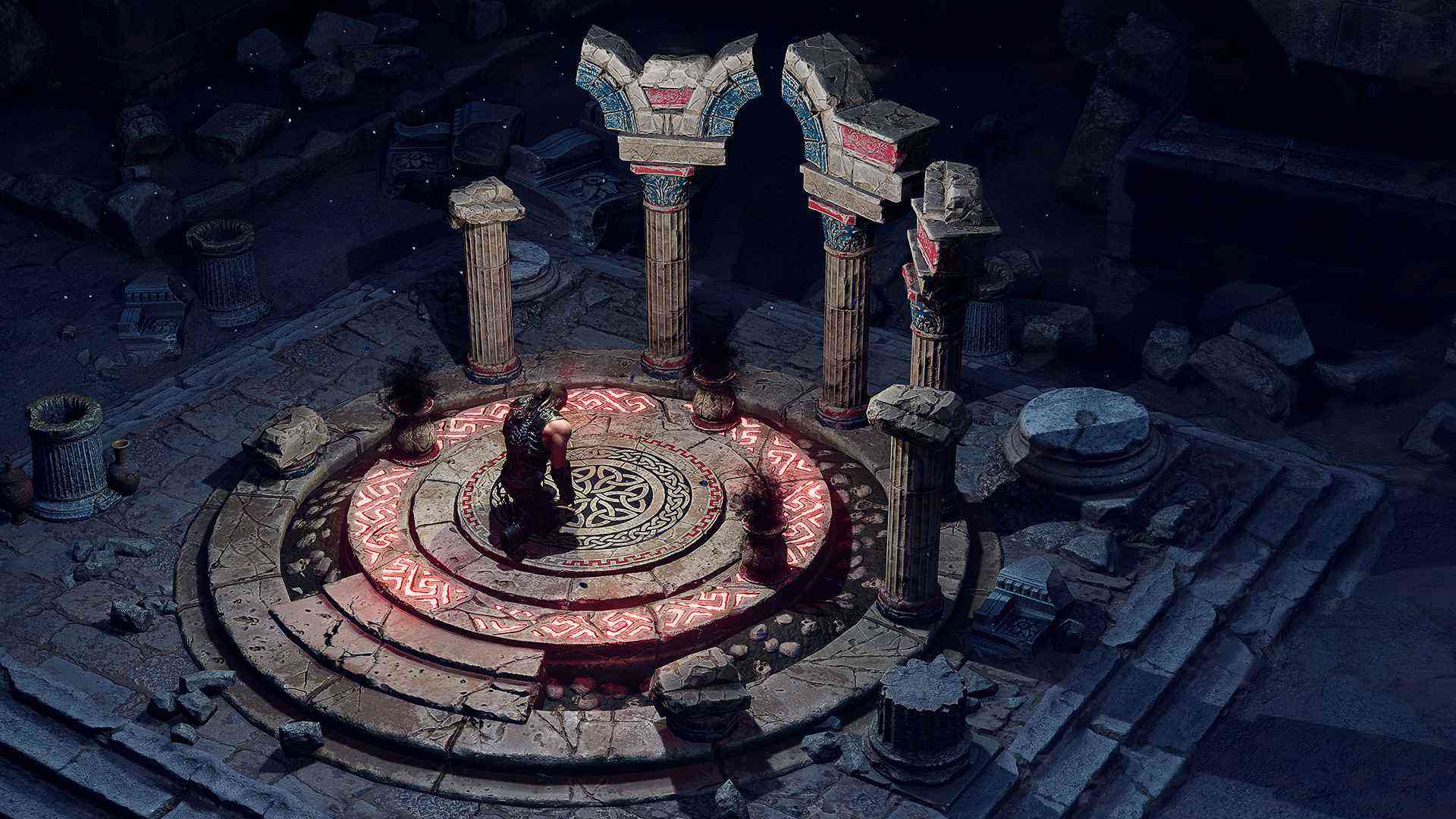 The camera in Achilles: Legends Untold is fixed. You can’t rotate it, or zoom in. This is because moving through the world is entirely linear and directed. There are some side areas to discover, and I enjoyed a fight with a mini-boss scorpion, and fought some skeletons in a cellar. That camera worried me. However, although it was immobile, it was never in the way of what I needed to see or find. I see what the developers were getting at, but I still wish the camera had some flexibility.

Achilles: Legends Untold obviously takes its impressive visual inspiration from a lot of sources. The environments are detailed but rarely destructible or interactive. You won’t be smashing every crate looking for loot. There weren’t a lot of flashy effects, but then, I only played a small slice of the game. 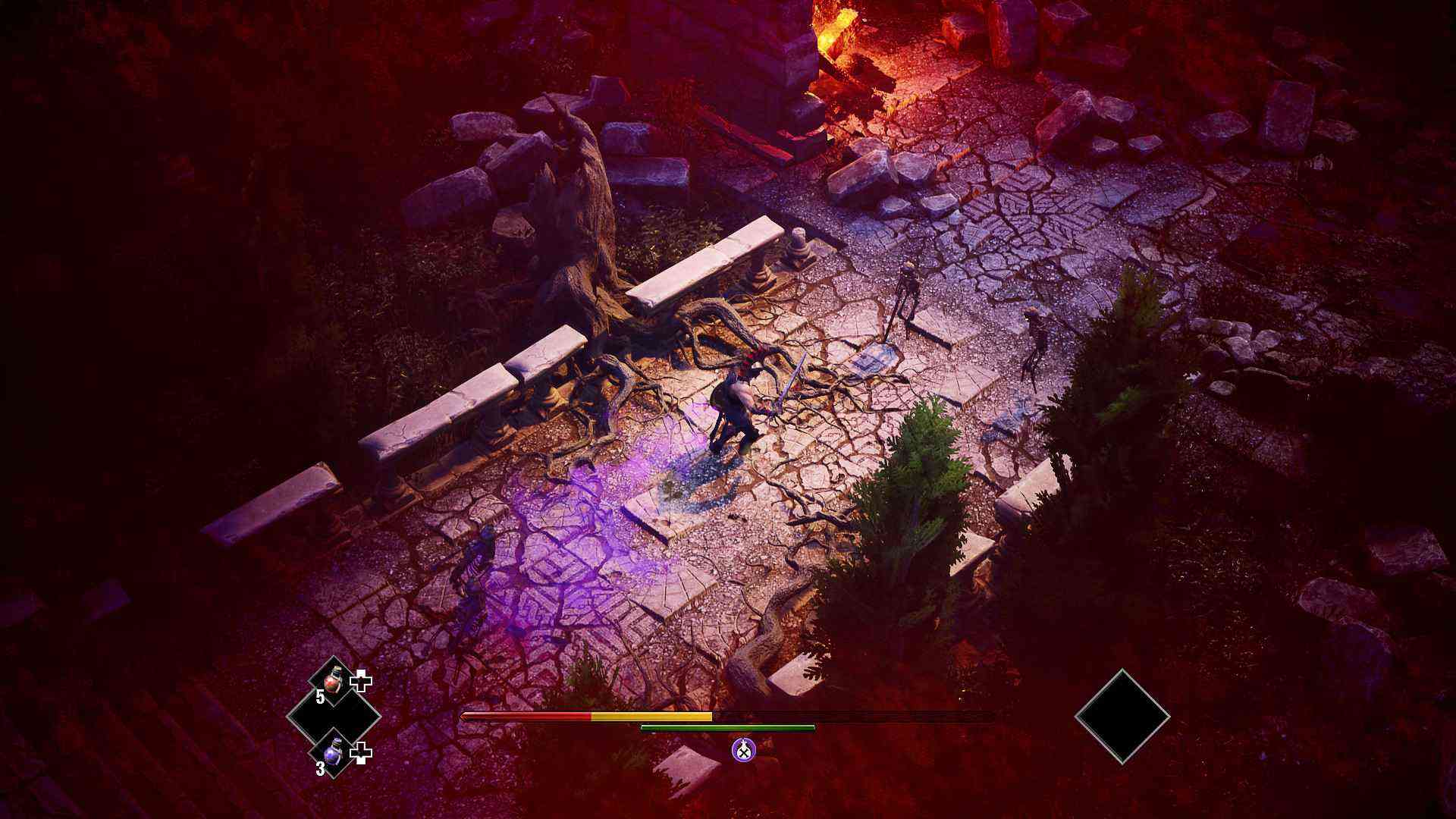 I contend that how a game feels is more important than graphics or story. Once you connect with it, Achilles: Legends Untold plays a familiar, Dark Souls tune but in a new environment. It feels right, with the proper balance of risk, reward, and skill that is the trademark of all good Soulslikes. Achilles: Legends Untold wasn’t on my radar before, but I’ll be following this one closely from now on.

** PC code provided by the publisher for preview **