I recently got to check out Acaratus, a turn-based tactics game currently in Early Access on Steam. It’s a pretty neat concept: build your steampunk robots with modular parts and fill your unit slots with them, build a small deck of cards to supplement your army or hinder the enemy, and fight to the last machine standing.

Currently, the only features that are available happen to be multiplayer or a quick battle against the AI. I want to make it very clear that while I do enjoy PvP or even fights against the computer, a large portion of the appeal of tactics games for me has always been the campaign and seeing how I progress as a hero throughout it. Games like Final Fantasy Tactics, Disgaea, and XCOM do a great job of making battles feel important via secondary objectives like a race against the clock or forcing you to protect specific characters/objects. Acaratus has not had the chance to show off any of this, and they do boast an “epic three act campaign” along with some other interesting features like randomly generated paths between battles, so don’t forget that everything said here is based on Alpha gameplay centered round the basics.

If you’ve played just about any tactics game, you’ll likely know the basics of combat. Move, use an ability/attack, end your turn and watch the next character on the list until everyone on the battlefield has had their turn. Nodbrim has gone with an approach more akin to Disgaea, where instead of determining turn order by a Speed stat you simply use all of your units, then the enemy takes their turn. However, Acaratus so far lacks the depth that Disgaea offers with their combo system. I played quite a few matches, with various constructs and card decks, and so far I’m not entirely convinced that the end product is going to hold my interest. 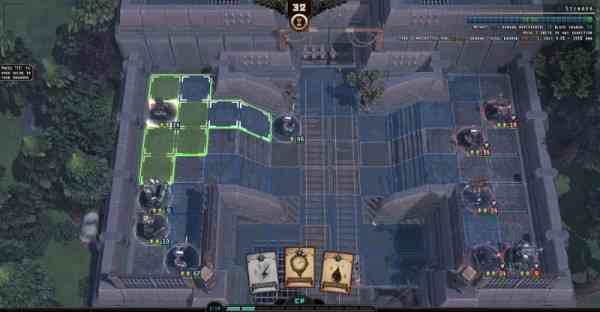 I think that the problem stems from the card system to be honest. While it might seem like an interesting idea, currently it doesn’t offer enough flair or variety. You move your units, you attack, maybe use some cards, then watch the enemy. There’s no personalization or true diversity aside from whether your unit is ranged or melee. It’s disappointing because when I originally saw the trailer, I was under the assumption that you assigned cards directly to units, effectively making you able to create class-based constructs like buff-bots whose sole purpose is to zip around the battlefield distributing buffs and debuffs like a bard. I suppose many people will get the diversity and enjoyment from building their own personalized army, but that sort of wore off on me after a little while and I was left with combat that felt a bit stale overall.

One other problem I have so far is the maps provided. Currently there are only a few maps, and they all feel cramped. With tactics games, battlefields need to feel diverse in terms of size, layout, and aesthetics. So far Acaratus has nailed different visual distinctions but they really need to show off layout and size diversity if they want to stand out from the crowd. Judging from the trailer, it does look like there are some interesting designs for the campaign, I just hope a lot more gets transferred over to the PVP and quick match system. 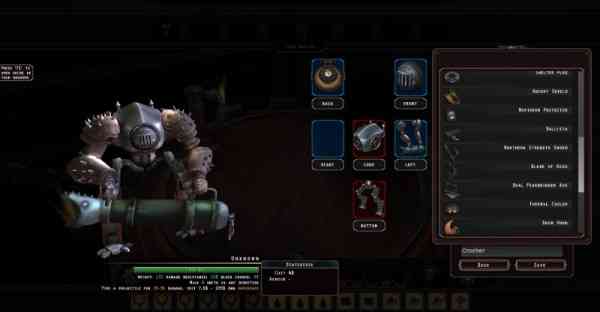 All of that being said, Nodbrim still has a lot of time to work on their product before it’s released. They’re aiming for a 2017 release, and with Acaratus going into Early Access the developers should have a lot of info from the players to tweak the little details and balance it all out. However, in my opinion if they fail to really make that campaign shine or add some more card diversity, this is going to turn into just another tactics game sitting by the wayside. Stay tuned to COGconnected for more information as it comes our way. 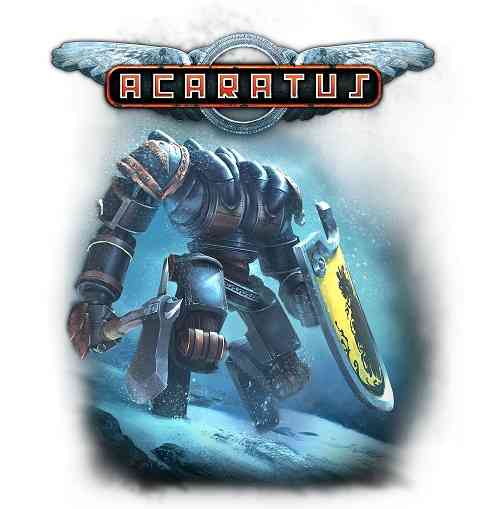