Stay out of Gloomywood; bad stuff happens there. It’s a run down city streaked with filthy noir imagery and where child abductions occur on the regular. They must happen every hour based on how many children you’re expected to save and frankly, I don’t know why any family would choose to raise a child there. 2Dark is the first game by France-based developers, Gloomywood (yup, same name) and it goes to some pretty… dark… places.

The game puts you in the tattered and ripped shoes of Smith, a depressed father of two children that were swiftly abducted; and husband to a wife that was murdered 7 years prior, on what might win the award for the worst camping trip ever. As expected, those 7 years have not been kind to Smith and he now lives a hermetic life in a rat infested, slimy apartment in the ghetto of Gloomywood.

2Dark is an interesting blend of seemingly disparate genres. Part stealth, part adventure, and part survival horror sum it up fairly nicely. You’ll wander around the maze-like levels in search of weapons, and key items to help you progress while avoiding the many cronies and psychopaths that haunt the hallways. Guns are available, and while it’s satisfying to kill these disgusting child abductors, bullets aren’t as common, so you’ll need to pick your shots wisely. You won’t be able to blast your way through these levels.

2Dark earns its name in a few notable ways. Firstly, yes this is a dark looking game, built that way intentionally, of course. Light and dark tie directly into the stealth mechanics. You’ll need to stalk the shadows methodically if you want to get anywhere. Sound is a big deal too. Most actions create sound that is displayed as a growing ring of circles beneath your character. If you aren’t careful NPCs will hear you and act accordingly. Often times by shooting you in the face before you can react. Sound can also be used to your advantage by luring enemies away from points of interest or to position them for a stealth kill.

I quite like how lived-in the levels felt. Enemies are running routines and talking to each other while representing a satisfying level of danger to maneuver around. There are cranky chefs in a kitchen baking cakes; a white-bearded martial arts master training his disciple in a dojo, and a clown-faced maniac running a demented circus. The characters are simple but provided just enough implied narrative to be interesting. And they’re all rendered in a neat looking voxel style. 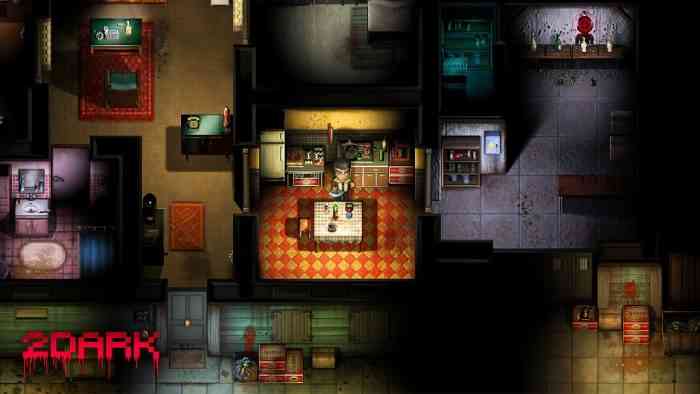 I really liked the look of the game. The 3D voxel character models against pre-rendered backgrounds somehow works when juxtaposed against the gritty and vile subject matter 2Dark deals in. Speaking of the subject matter, it’s worth mentioning that the game implies in a number of places that the children are being abducted for pedophilic reasons. I mention that so you aren’t caught off guard or in case you have any qualms about supporting a video game with that sort of message.

The game has come along nicely and I rarely came across any technical difficulties in my brief time with it. Occasionally enemies would get stuck in looping routines but those were rare, and the first level had a bunch of cheap deaths that I hope the game moves away from later on, but other than that the game ran pretty smooth. 2Dark is scheduled for release this coming March 10th on PS4, Xbox One and PC. 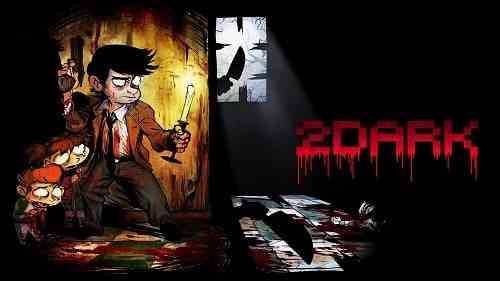