Regardless of your opinion on the matter, live esport events are becoming more popular across all platforms, including mobile. Most if not all of my skepticism about watching esports live has faded over the last few years as game companies find newer and bigger ways to up the ante on production value. As a whole new generation of gamers come of age, this fledgling scene will seem more commonplace; for now, the popularity of esports will continue to leave me in bewilderment overcome with admiration. These are events that I feel most people need to see live to truly understand the passion and energy the players and fans bring to the auditorium, something akin to a basketball or hockey game. I had the privilege to attend the second day of such an event this past weekend at the Globe Theater in downtown Los Angeles: The Vainglory Summer Championship.

For those not familiar, Vainglory is a 3v3 MOBA played on Android and iOS mobile devices. It features a single map with a single lane and jungle below. Vainglory utilizes a traditional MOBA model, i.e. players who get the last hit on an enemy get the majority of the experience and gold. It’s incredibly fast-paced and requires tight team coordination to be competitive. As for the wide array of devices Vainglory can be played on, the only real trade-off is between phones and tablets. Phones provide better response times as there is less real estate for your thumbs or fingers to travel before making an action, while tablets can provide greater accuracy as the pixel sizes are larger. Both are allowed in tournament play but I noticed a stronger preference for phones by the pros. As Kristian Segerstrale, CEO of Super Evil Megacorp, pointed out to me, the prevalence of phones is likely due to the younger demographic of players growing up in an increasingly mobile environment. For many people these days, he continues, a phone might be someone’s first or even only gaming device. 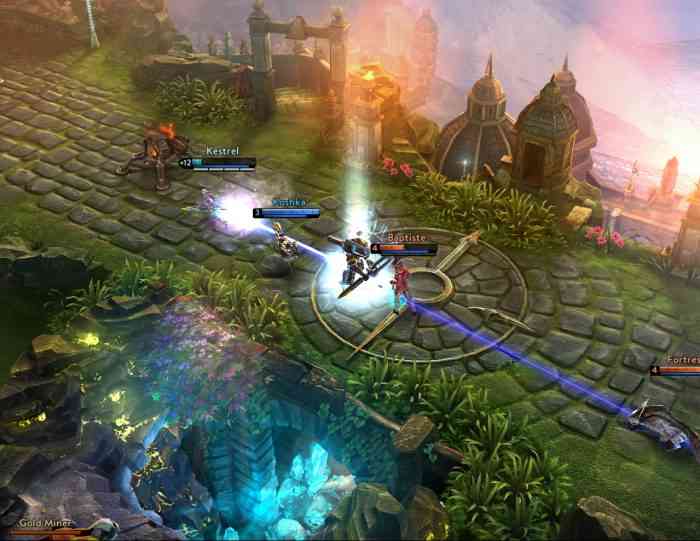 As the event began to get underway and commentators started their banter, the crowded theater erupted in cheers as their favorite players’ bios played on the screen. Shortly after, the audience fell into intense focus as the draft phase began between the reigning champion Cloud9 and European contender Dynasty. All the meanwhile, each pick and ban is analyzed by the trio of commentators. Once teams were locked in the crowd bursts into maximum hype and the first match of the day is underway. The two casters begin their play by play announcing, a cross between radio sports commentator and auctioneer; as mentioned, Vainglory is a fast-paced game with many moving parts and early action so rapid commentary is necessary to keep up with all of the action.

This first match of the day had all the makings of an 80s sports movie. A reigning champ from a dominant league is matched up with a team of scrappy underdogs who use a set of unorthodox plays to subvert expectations and catch stronger team off guard. As someone who has only played Vainglory for a couple of hours, it was surreal how intently I was watching this match, sucked in by the archetypal narrative that was playing out before me. As someone who had only moments ago learned the backstory of both teams, I was so captivated by thought I could be witnessing an historical upset. I was riveted regardless of my emotional connection to either team, something similar to how I feel about watching a close Super Bowl game between two teams I didn’t care about before the game started. As I stood watching that match (because there was standing room only), it became clear that people crave competition and find it anywhere they can. 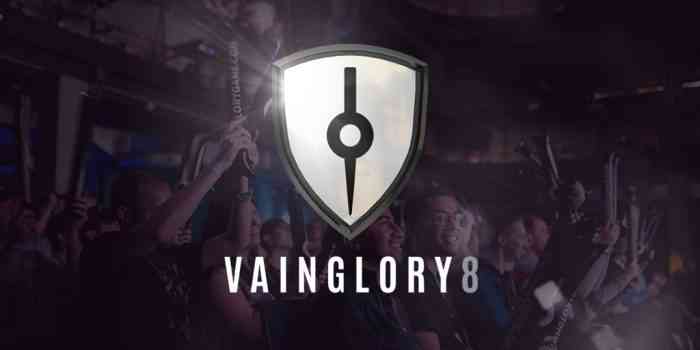 As it turns out, Dynasty won that first match but was defeated in the series resulting in their elimination while Cloud9 went on to win the whole tournament. Even though the rest of the matches didn’t have the same cinematic story, the tournament was a thrill to watch. I certainly wouldn’t have had the same experience as watching from home, but millions of fans seemed to want to catch the action remotely. As esports continues to gain traction in the mainstream, I’m excited to see companies and leagues will continue to out-do themselves which each successive tournament.