Transformers: Devastation – The Collective Wet Dream of Every Child of the 80s is Here

Hey! Hey! Hey! Have ya seen it? Have you!? As part of the ongoing San Diego Comic-Con festivities we have been treated to a proper gameplay reveal of Activision and PlatinumGames upcoming Transformers: Devastation and it is nothing short of amazing. Cel-shaded graphics meet a good old hack n’ slash and what we’re left with is an 80’s kid’s wet dream of a video game. Sure the High Moon Studios games were badass but this puts players squarely in the Energon centre of their favourite childhood cartoon. No over-the-top and nonsensical Michael Bay business, no Shia Labeouf, no Beast Wars gorillas and most importantly NO MICHAEL BAY SCREWING UP MY CHILDHOOD. Oh, I already mentioned Michael?

The game was revealed with little fanfare and even less coverage at this year’s E3 so for many of you this may be coming way out of left field. Now first and foremost I have to come clean and say that as target demographics go I am EXACTLY who Platinum wants to sell this game to. My inner child let out a ‘SQUEE!’ so loud that my wife had to come downstairs to see if I’d had a heart attack. Despite this, I’m tempering my enthusiasm enough to say that while it looks good on the surface we quite literally know almost nothing about this game. At the very least we can trust that  in Platinum’s hands the game certainly has potential. After all this is the studio responsible for Bayonetta, Metal Gear Rising: Revengeance, Vanquish, The Wonderful 101 and the upcoming Star Fox Zero so to say they have an impressive resume is an understatement.

Transformers: Devastation puts gamers into the engine blocks of five of their favourite Transformers of old; Bumblebee, Optimus Prime, Wheeljack (OH HELL YES), Sideswipe and Grimlock. Choosing your hero you face off against Megatron, Soundwave and the rest of the Decepticons in fully realized 3D environments where you can switch between robot and vehicle (or a motherfucking dinosaur, excuse my profanity) at will for all out, combo-stringing ass whooping. Sounds good so far, right? Granted, we aren’t getting a lot in the trailer apart from flashing images and loud noises but it’s enough to get any fan ramped up.

“Cel-shaded graphics meet a good old hack n’ slash and what we’re left with is an 80’s kid’s wet dream of a video game.”

Adding to the whole ‘Oh my God, I am IN the cartoon’ feel is the impressive return of many of the original voice actors from the beloved TV series. The inimitable Peter Cullen obviously reprises his role as Optimus Prime but he’s joined by the original voice actors for Bumblebee, Sideswipe and Grimlock. Oh, and let’s not forget Frank Welker is back as Megatron and Soundwave… that’s not a tidbit that can be left out. If only Christopher Collins were around to helm Starscream (because no one else has even come close) and life as I know it would be complete. Signed, sealed, delivered.

As speculations go I would be more than a little surprised if we didn’t see more of our favourite ‘Robots in Disguise’ hit the game via DLC content at some point too. Let me see if I can sum up a quick wish list: ALL OF THEM. More Dinobots, gimme some goddam Astrotrain, and Insecticons please, yeah I’ll take them too (playable Decepticons, right?). How about some Ironhide and Cliffjumper or Jetfire and Jazz? You get the picture. There’s a lot there to draw from so, like any standard videogame business model these days, expect some characters to drop via add-on content.

There’s still a whole lot of unknowns here, I know, but Transformers fans do have something to be excited about… because Devastator. Well, let’s be honest here… because a lot of things. As with any licensed product we all know that we need to be wary but early indications are that this can be, and quite possibly will be, the Transformers game we’ve always wanted. Word on the street is that Transformers: Devastation is set to hit PC, Xbox 360, Xbox One, PS3 and PS4 later this year so keep an eye out here for more information as we come across it.

Til all are one! 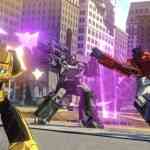 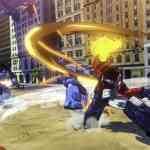 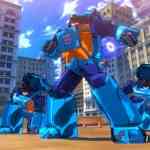 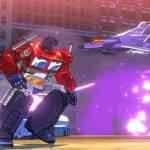 PlatinumGames Has Many Games to Announce
Next Three Madden NFL 16 Players Who Need A Ratings Upgrade & Three Who Need A Downgrade
Previous The Best Games of the First Half of 2015 – From Batman to Bloodborne, It’s Been a Great Start