The Top 5 Moments From the Ubisoft E3 2017 Press Conference

To say that Ubisoft had a very successful showing at this year’s E3 is an incredible understatement. With new properties, upcoming sequels, and some truly imaginative and astounding new announcements, Ubisoft has come out swinging this year and it does not disappoint. Attempting to pick only five of the best announcements from Ubisoft is going to be difficult, but here goes: 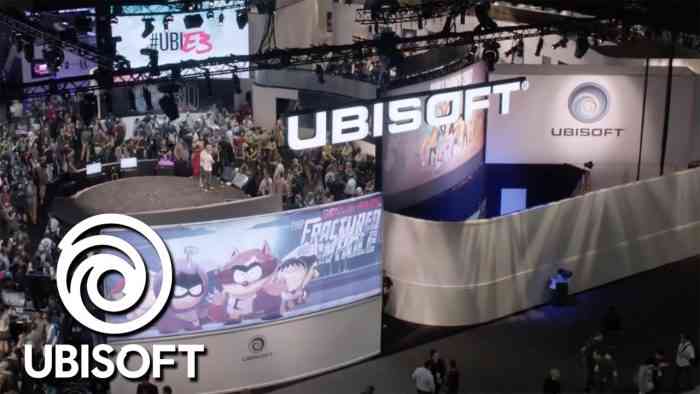 Anyone who has seen Sin City can vouch for just how downright creepy Elijah Wood can be, even if he is just playing himself. While on the surface Transference seems like a rather cut and dry horror VR entry, the thought and care that went into this games announcement trailer makes me think it’s going to go above and beyond all of our expectations.

Transference takes a rather meta approach in its trailer, acknowledging that Ubisoft is a game developer using the code of stored minds full of traumatic events and emotions and running it through VR, where the player is assured that it is completely safe. The uncertainty in his voice and the ominous trailer itself enhance the tension and the hype for this game, but sadly little else is known about it at this time. We can only hope the final product will be as bold as its marketing and that Elijah Wood sticks around to play a nefarious role.

After playing Assassin’s Creed Black Flag back in 2013, Ubisoft made it clear that they knew how to design immaculate naval combat during the golden age of piracy. Seeing that gameplay go untapped was disheartening, until now. Ubisoft announced its latest venture on the high seas with Skull and Bones, letting players take control of their own pirate ship and go online to form your own band of misfit terrors.

The game features various modes of play and missions to get rich and work your way up to become the most notorious and legendary pirate in history. It was only in the tail end of the trailer that we got one final surprise to make your heart skip a beat. Considering the promise that players will take on legendary pirates, it’s hard not to imagine a special guest appearance by Edward Kenway himself, but maybe that’s just the fanboy in me.

While some may think Toys to Life is a simple gimmick, Ubisoft has taken it to the next level with this interstellar combat game. Players will take their ships into space and low orbit to combat colossal alien hostile forces, in lush and beautiful lands. Of course, it isn’t the story itself that make Starlink so unique:

Players will have a small model ship (of which there is a variety) mounted to their controller, with interchangeable parts that will reflect the look and abilities of the ship on the fly. It’s the next stage in Toys to Life gaming and feels like a bit of a risk, but if it pays off it could lead the way to some truly innovative gaming in the future.

Click on through to page 2 for the top 2 and some honorable mentions.