The Biggest Video Games To Look Out For In Early 2016

Let’s be honest, it can be difficult to keep track of what video games are coming out, but even more of a chore to know which ones are worth caring about. With dozens of games coming to Steam every week, any new releases chart is guaranteed to be cluttered. To help combat this we’ve put together a guide for what games should be on your radar for early 2016, more specifically the first quarter of the year.

Before we get to what is upcoming, though, it’s best to take a look back at early January. It’s been a surprisingly strong start to the gaming year, and it’d be irresponsible to not recommend some of the gems that have released.

The first must own game of the year wasn’t Harmonix’s Amplitude as many expected, rather it was Daniel Mullins’ Pony Island. The PC-only puzzle game is bound to be one of the most memorable games of the year, even if it released on January 4. Players will have to solve a series of deviously clever puzzles as they try to play a constantly malfunctioning arcade game. It’s a complete steal at only $4.99. 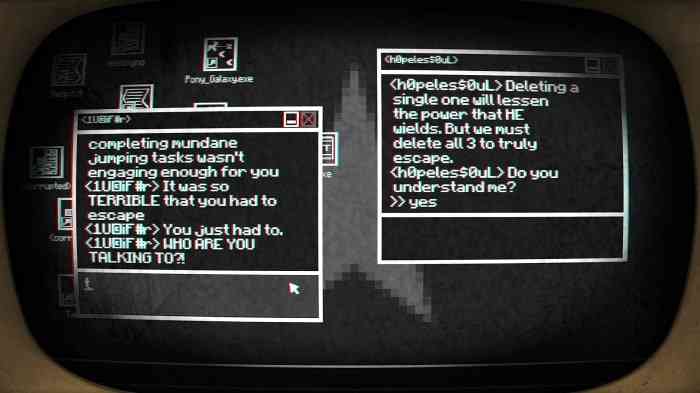 Pony Island wasn’t the only great early January release, though, as several other great indie games saw release, including the console edition of Fullbright’s Gone Home. The stellar adventure game finally made its way to PlayStation 4 and Xbox One, and it’s just as fun to explore as the first time around. Joining Gone Home on January 12 were two other interesting indies: the emotionally captivating That Dragon, Cancer and Choice Provisions’ Tharsis, a strategy game that blends Yahtzee with The Martian. This marks one of the strongest starts to any year in gaming.

The rest of January is filled with several big releases including two high profile Nintendo 3DS titles. The first of the two, which is available January 22, is Mario & Luigi: Paper Jam. The latest game in AlphaDream’s RPG series is filled with fan-service and brings together both the Mario & Luigi and Paper Mario series. The other high profile handheld release is Final Fantasy Explorers. The January 26 release is Square Enix’s answer to Monster Hunter.

January will come to a close with two heavily anticipated indie games. Jonathan Blow’s The Witness is finally coming out January 26, and it’s impossible to not be interested in what the Braid creator has invested years into. Finally, the gritty retelling of The Siege of Sarajevo, This War of Mine, comes to consoles on January 29. It’s not a simple port, however, as the game will feature additional content that focuses on kids during the war.

Maskmaker is a Mystical VR Puzzle-Adventure Experience
Next 5 Ways Gaming Can Become More Accessible in 2016
Previous Three Things You Need To Know About Resident Evil 0, Out This Tuesday