Sony CEO Kenichiro Yoshida recently commented on the company’s stance regarding the cross-play controversy they’ve been embroiled in since E3 this past June, and it likely would have been better if he had said nothing at all. 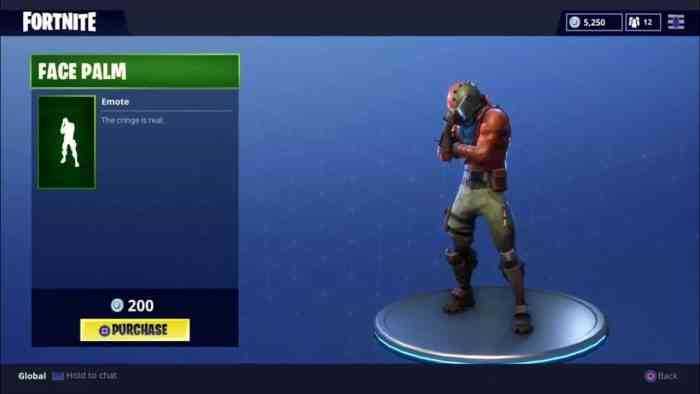 For those unfamiliar with the debacle or in need of a refresher: when Fortnite launched on the Switch during E3 this past June, players quickly realized that if their account had ever been linked to a PlayStation account, they would be unable to transfer their hard-earned cosmetics and V-bucks to Nintendo’s hybrid console, or Microsoft’s Xbox for that matter. Sony then poured salt on the wound with a vague non-statement, but not before getting dunked on by Nintendo and the rest of the internet expressing their furor on every single post on the brand’s social media pages. Shortly after, former Sony Online Entertainment CEO John Smedley called the company’s cross-play stance “dumb” and stated that it was influenced by money and encouraged people to continue applying pressure. Sony Interactive Entertainment America CEO Shawn Layden told Eurogamer that the company was looking at possibilities, but nothing has been said on the matter since – until this past weekend.

Kenichiro Yoshida, who took the position of Sony’s CEO earlier this year, spoke on the situation during the IFA electronics convention this past weekend in Germany. “On cross-platform, our way of thinking is always that PlayStation is the best place to play,” the CEO said, “Fortnite, I believe, partnered with PlayStation 4 is the best experience for users, that’s our belief.”

As someone who is unfortunate enough to play Fortnite on PlayStation 4, I would have to very strongly disagree, to the point of calling it objectively incorrect, and reminds me of the tunnel-vision, brand loyalty evangelism expected of newly-hired retail employees.

Fortnite is a social game, and when you cut down the number of available players by the millions where your competitors have not, you immediately relinquish the possibility of your product being “the best place to play.” Yoshida goes on to remind everyone that cross-play is still enabled with players on computers and mobile devices, but with the Nintendo Switch encroaching on 20 million units sold and Xbox One dancing around an estimated 40 million over its lifetime, that’s roughly 60 million players cut off from Playstation’s player base. Of course, there are still millions of people playing across PS4 and its viable cross-play partners, but they’re all still cut off from playing with friends who may own a competitor’s console, which pops a massive hole in the social aspect of Fortnite.

In my time playing on PlayStation, it’s been a pretty lonely experience. Even with 65 friends on my list and a handful of them attached to my Epic account, I can count the number of times I’ve played with friends on two hands. Of course, that can partially be attributed to schedules just not working out – but the fact of the matter is that I would be playing Fortnite with friends – and likely playing Fortnite in general – far more often if the Xbox and Switch player bases were available. This makes playing on PlayStation feel like a punishment and has notoriously made many players change loyalty, some even trading their PlayStations in for a Nintendo Switch or Xbox One to have ultimate freedom.

Additionally, blocking cross-play is one thing, but holding accounts hostage by blocking cross-progression is borderline diabolical. A lot of players who have pumped time and real-life money into the game to fill their locker with cosmetics feel stuck playing Fortnite on PlayStation in a Stockholm Syndrome sort of way, rightfully unwilling to give up their hard-earned skins and emotes.

Stop Talking About It

Overall, it might be best if Sony stopped talking about the issue altogether unless they change their mind, as the decision to lock players out of cross-play with Switch and Xbox continues to hurt the PlayStation brand name, and statements like Yoshida’s keep making it worse by showing players that they actually either don’t understand, or don’t care about the issue. It’s also baffling that they continue to act like this when they are unrivaled in console sales this generation, and host to what many consider to be some of the best console exclusives, and even best gaming experiences in general, of all time. It leads one to think that the company understandably doesn’t have faith in its notoriously penetrable network, or that it’s openly given up on being “For the Players,” much like Harrison Ford following his role in the Star Wars Christmas Special.

The fact of the matter is, Nintendo and Xbox have set a standard that PlayStation isn’t meeting. Unfortunately, it’s going to be harder to put pressure on Sony this holiday season while simultaneously throwing money at them for games like Dragon Quest XI, Spider-Man, Fist of the North Star, and those purchasing other third-party titles on PlayStation specifically, including Red Dead Redemption. I guess until Sony changes their mind about letting us play with our friends on other consoles, PlayStation will be the best place to play – alone.

What the Heck Just Happened Between Epic and Apple?

Hyrule Warriors: Age of Calamity Shows off Links To Breath of the Wild
Next Why Cyberpunk 2077 Will Scratch That Terrible Mass Effect Itch
Previous Kill The Leprechauns: Shadow of The Tomb Raider Devs Speak Out