It’s Like They Meant to Build Stairs, But Built A Wall Instead

After the not-so-surprising announcement that Fortnite would be coming to the Switch during a Nintendo Direct for E3 this past week, players immediately noticed that if they had previously linked their account to a PS4, they would be unable to transfer their progress to the hybrid console platform. As we reported yesterday, Nintendo’s Reggie Fils-Aime commented on the situation, and now Sony has said words about it as well. 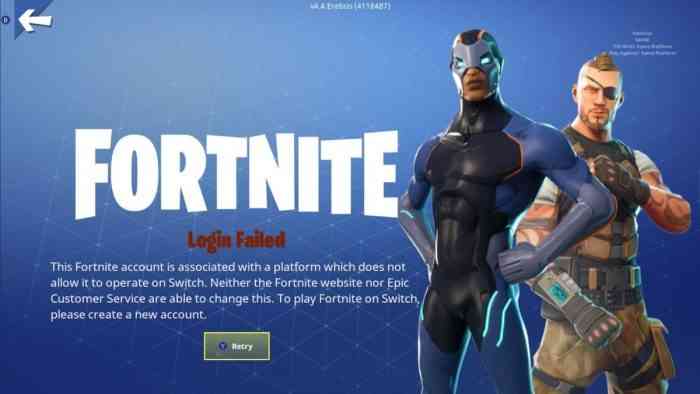 In a statement issued to BBC, Sony pretty much dodges the issue to tout the number of players on PSN and note that the free-to-play title is indeed playable on Playstation 4. The statement reads:

“We’re always open to hearing what the PlayStation community is interested in to enhance their gaming experience. With… more than 80 million monthly active users on PlayStation Network, we’ve built a huge community of gamers who can play together on Fortnite and all online titles. We also offer Fortnite cross-play support with PC, Mac, iOS, and Android devices, expanding the opportunity for Fortnite fans on PS4 to play with even more gamers on other platforms.”

A spokeswoman also noted “We have nothing further to add beyond this at this point.”

Seeing as Fortnite is the hottest thing to hit Earth since the meteor that killed the dinosaurs, its no surprise that the controversy is beginning to cast a shadow on Sony’s otherwise solid E3 showing. Many of their tweets have been met with player frustration since the problem came to light, and the hashtag #BlameSony is picking up speed across social media platforms.

It’s also worth noting that Sony’s shares have taken a hit over the past week, although it hasn’t been confirmed to be directly contributed to the cross-play controversy.

As is internet tradition, a petition has also been making the rounds and as of this writing, has amassed near thirty thousand signatures.

Xbox UK and company VP Mike Ybarra have also taken to twitter to passive aggressively/tactfully dunk on the rival platform.

Nice to see cross play and progression across Nintendo Switch and Xbox. I know many have a Switch. See you in the ????!! ???? https://t.co/mMRXj2GA10

Stay tuned to COGconnected for updates on the situation as it develops.


Sony’s PS5 Has a Lot of Demand