Spotlight on the Impressive Indies of PAX West 2017, Part 3 – Bullets, Bows, and Deities

Welcome to the grand finale of COGconnected’s Spotlight on the Impressive Indies of PAX West 2017. We’ve taken a look at marvelous titles spanning across all genres. But it’s not over yet! If you’ve just jumped in with us don’t forget to check out ‘Part 1‘ and ‘Part 2‘, both adding to the list of amazing games coming your way from the minds of indie creators all over the world. 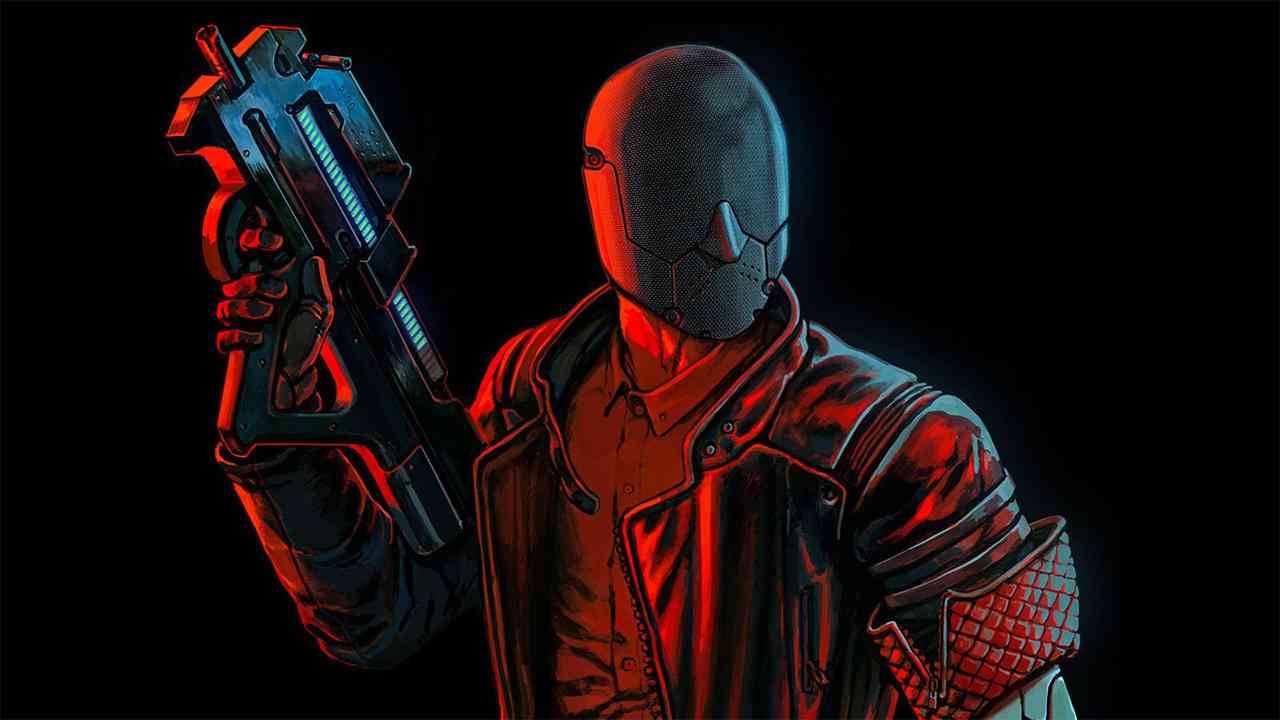 Developed by Hi-Rez Studios, Hand of the Gods: Smite Tactics is a turn-based strategy game reimagined from the Smite Universe. Players select a god from multiple pantheons and face off against opponents competitively online or in a single player campaign. Through a series of cards, you command your mythological deities and strategically place your forces on the board to conquer the battlefield and utilize divine abilities to destroy your enemy’s summoning stone. God’s are equipped with leader abilities and their forces vary between ranged and melee.

If you have a history with games like Final Fantasy Tactics or Hearthstone, chances are you’ll thoroughly enjoy Smite Tactics. Turns out I’m a fan of both and was immediately engrossed by the familiarity and originality of the game. It’s similar to Hearthstone in that each card requires a certain level of mana to be drawn, and possesses a damage and health level. The difference is that once cards are placed on the board, they can move between different sections of the terrain in order to combat the opposition. The multiple pantheons make for diverse combatants as their forces range from aggressive to tactical. In my demo I commanded the forces of Ah Puch, the god of the ninth layer of hell in the Mayan pantheon. He feels much like a necromancer-like character and possesses the leader ability to spawn zombies. Hand of the God’s: Smite Tactics fulfills that turned based strategy craving and is a ton of fun as you build custom decks to battle it out with god’s that bear various play styles. You can currently participate in the closed beta on PC or sign up for the closed console alpha for PS4 or Xbox One here.

Mothergunship is a bullet-hell first person shooter with rogue-lite qualities from Terrible Posture Games and Grip Digital. You serve as Earth’s last hope in defeating ‘armadas of data-hoarding robotic alien invaders’. Spread across the galaxy are ships full of the evil bastards, and it’s your job to craft ridiculously huge guns and destroy them from within. Combat is relentless and fast-paced as you mow down hoards of enemies, dodge deadly traps, and go head to head with massive bosses. Each ship and the enemies within are randomly generated, so, each mission is consistently a surprise. Team up with a friend in co-op or fly solo as you bring down one ship at a time in pursuit of destroying the leader of them all, the Mothergunship.

I adore FPS games, and Mothergunship possesses two of my all-time favorite features: visceral, fast-paced combat and customization. Combat feels silky smooth as you blaze through tight corridors or strafe across wide open arenas while blasting aliens. The game includes a crafting system that provides players with total freedom. You can build weapons that seem entirely impractical like a shotgun with seven barrels that shoots rockets, or a flamethrower equipped with a ricochet mod. Along the way, you can upgrade your character’s armor and abilities that bring additional pain to your enemies. Following a period of absolute mayhem aboard my first ship, I duked it out with a gargantuan boss. The battle contained a platforming section that took advantage of the game’s stellar traversal, and had me fire my flame spitting machine gun at multiple targets on the monstrosity’s face. Once victory ensued I was endowed with an abundance of experience for upgrading my abilities and crafting materials for my weapons. Speaking with the director of the game, Joe Mirabello, I learned that the difficulty of each ship you attack increases as you get closer to the Mothergunship. It’s enticing news as it capitalizes off of the randomly generated levels and enemies. The constant unpredictability forces you to continually build upon and alter the state of your wacky weapons. The game is intended to be silly, and thrives off of the irrationality. If Mothergunship piques your interest, you can pick it up on Steam, PS4, or Xbox One when it launches in 2018.

Ruiner is a brutal twin-stick action game played from an isometric perspective. The year is 2091 in the fictional city of Rengkok, and you inhabit the role of a man hacked by a sinister organization. The goal is to exact revenge upon those who hacked you and kidnapped your brother. Combat is ferocious and dynamic as you mow down enemies with ranged and melee weapons in addition to special gadgets including a dash ability and teleport ability. The game spans through 17 story driven missions including a hub area of Rengkok city where you can explore and acquire multiple side missions from NPCs.

Ruiner is absolutely gorgeous in its anime-inspired cyberpunk setting coated with a red and black color palette. Combat is incredibly responsive and a bloody good time during shootouts with several enemies at once. Gadgets are particularly enjoyable as they enable you to customize your approach to combat. During my hands-on time with the demo I was able to use the charge gadget to knock enemies to the ground, and the teleport gadget to blink around an area. Both were a blast to use alongside the smooth shooting mechanics. Speaking with the gameplay designer, Jakub Styliński, I was informed that he and the team were heavily inspired by games like Hotline Miami, but desired to include much more when developing Ruiner. Reikon Games is certainly succeeding in doing so by providing an exquisitely polished combat system based in an original futuristic setting supported by a dark storyline. I can’t wait to get my hands on the final version of the game to see more of Rengkok and find answers to the mystery surrounding the main protagonist. Devolver Digital continues to kill it by supporting incredibly talented developers who enrich their catalog with diverse and remarkable games. Ruiner launches on September 26th for PS4, Xbox One, and PC and you can keep an eye out here for our review to go live on release.

Have you ever dreamt of transcending the skies with a crew of your best friends in an airship equipped with cannons and machine guns? If so, developer Muse Games is here to fulfill your airborne fantasies with Guns of Icarus Alliance. You and up to three friends can build a customized airship and inhabit the roles of pilot, gunner, and engineer as you battle against players online or AI controlled enemy airships that learn from your strategies. Working together as a team is crucial to being victorious, as each role is possesses specific attributes for maintaining the livelihood of your airship during combat across various game modes in multiple locations.

Airships are large and deeply customizable. They all have pros and cons in terms of speed, acceleration, mass, lift force, weapon placement, and much more. Airship battles are intense and dynamic as they clash among the clouds. During my time with the game I played the role of engineer and had additional repair tools at my disposal. During battle I’d run to and from damaged portions of the ship for quick repairs then jump onto a gun to assist with combat. The pilot was responsible for establishing tactical positioning in order to provide gunners with enough arc to hit targets. Though playing cooperatively with only one of the games devs, I could tell that operating an airship with a full team of friends would be exhilarating. One second you’re in pursuit of a fleeing ship, the next you’re reigning hellfire upon enemy beacons attached to a massive tower. Lead designer of the game, Eric Chung, informed me that he and the team at Muse Games are in the process of entering Sony’s certification process to bring the game to PS4. Their goal is establish cross-platform play with voice chat. I received a taste of it when I played the game on a PS4 Pro while my teammate played on PC. If you’re interested in tricking out your steampunk airship and taking to the skies with your best friends, you can pick up Guns of Icarus Alliance right now on Steam.

From developer Odd Bird comes a local and online multiplayer archery combat game where 2-4 players fight to the death. The game is played from an isometric perspective and pits players against each other in tiny arenas. The core gameplay is centered around shooting your opponents with arrows and utilizing power-ups like a bear trap or exploding teddy bear to gain an upper hand on your foes. The last bird standing wins! If you’re not in the mood to battle players online, you and your friends can play the Birds vs. Bears co-op mode where you face off against waves of bears to set high scores.

Arrow Heads is very easy to pick up and play, but difficult to master. If you’ve played Towerfall Ascension, you’ll feel right at home as you run around the arena firing arrows and using power-ups. The game is highly competitive as matches come down to the wire. During my hands-on time with the game I was neck and neck with a player until the final seconds of our match. He ultimately defeated me with a tricky shock power-up and an arrow to the face; or in this case, the beak. Arrow Heads feels so good to play. The controls are simple and are mapped brilliantly to the controller. You move with the left stick, aim with the right stick, jump with the left trigger, and fire arrows with the right trigger. The button layout enables you to constantly remain on the move and shoot without having to move your right thumb to any of the face buttons. Combat is fast-paced and absolutely insane. If you’re not paying attention to your every move, you can lose track of yourself quickly. When one of the five power-ups spawn, there’s a mad dash to acquiring it. Winning matches enables you to unlock a cast of silly charters, additional bows, and arrows. Arrow Heads is adorable, fun, and brutally competitive. I can see it serving as an outstanding party game. You can pick it up on Steam when it launches on September 21st. 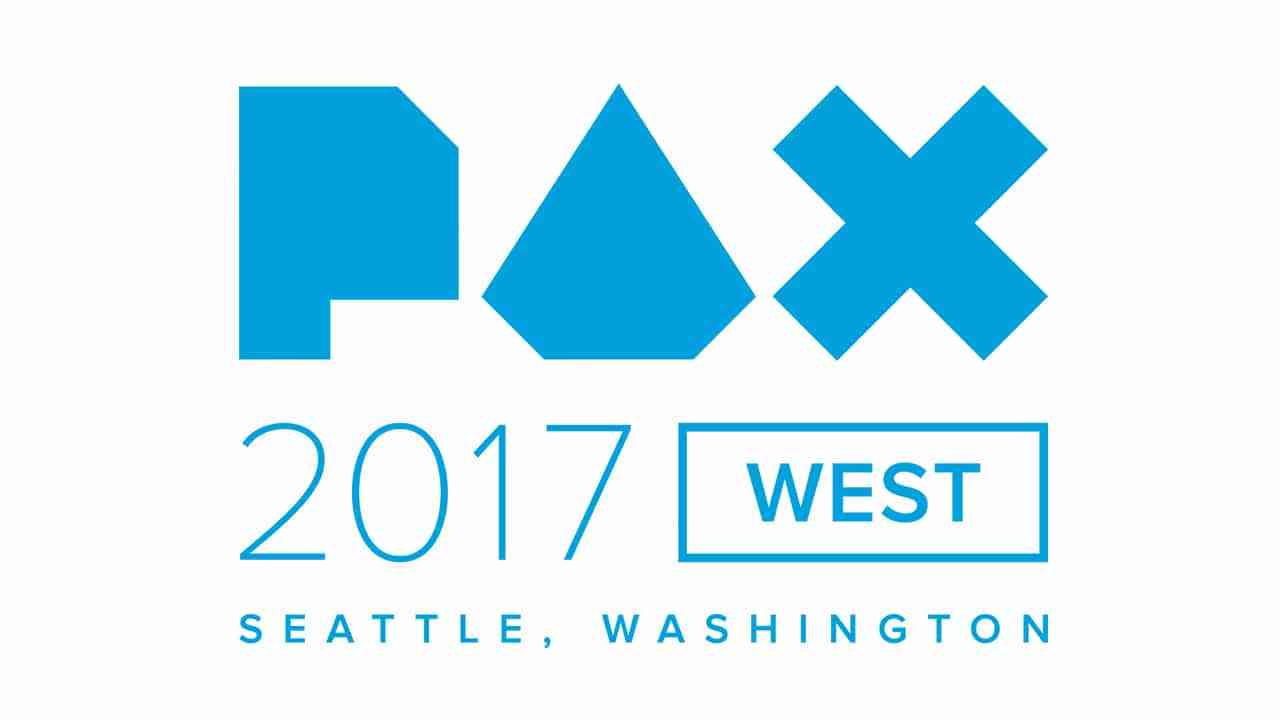 These were just a handful of the exceptional indie titles we managed to get our hands on at PAX West 2017. Which of these stand out to you? Share your thoughts with us on Facebook, Twitter, or in the comments below!