At PAX West, COGconnected saw a lot of indie titles, and we had a hard time deciding which ones were the cream of the crop. With our Impressive Indies series, we have compiled and present a list of the most impressive indies that we had a chance to see or play over the duration of PAX West. You may have seen Part 1 of our Impressive Indies already, but here is Part 2, and stay tuned for Part 3. 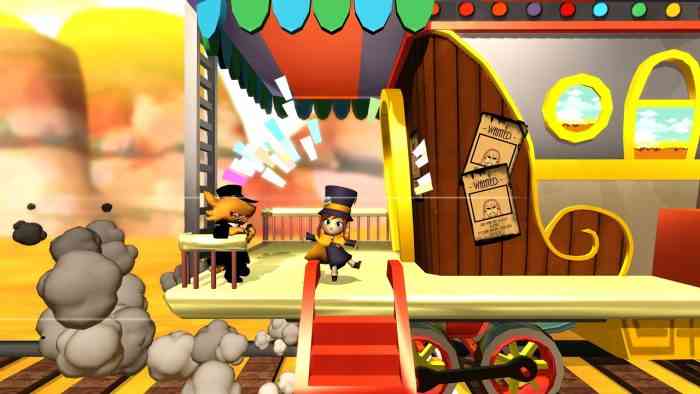 Earth Atlantis is the latest title from Headup Games for the Nintendo Switch, allowing players to navigate a vast body of water in a side-scrolling shooter with monster-hunting objectives. The world of Earth Atlantis takes place in a fictional future in which ninety six percent of the earth is submerged beneath water, civilization has fallen, and the world is full of machine-creature hybrids. With a unique “Old Sketching” style, Earth Atlantis is a smooth retro-looking game.

The demo I played was on the Nintendo Switch undocked, and the game ran exceptionally well. The game was simple but fun, and picking up powerups felt awesome. The game, while still in development, had a minor issue during my playthrough, the difficulty spiked at the boss from 0 to 60 at a moments notice, and dying restarted the whole demo. While the game is not irrationally difficult, the spike in difficulty was unexpected and caught me off guard. Despite this, I saw a lot of potential in this Nintendo Switch game, and can see myself playing the game for extended periods of time in undocked mode. The game has a nostalgic feel, while running exceptionally smooth and playing well. Lastly, it does not hurt that the games premise is very interesting, and I cannot wait to hunt monsters underwater. As Earth Atlantis was unannounced for the Nintendo Switch until PAX West, I had no idea what I was getting into, and to say that the game was a pleasant surprise is definitely an understatement!

You have likely heard of A Hat in Time, the 3D platformer that was a huge Kickstarter success back in 2013. Well, this quirky game inspired by the likes of Super Mario 64 and Banjo-Kazooie is finally set to release in October. Playing as the Hat Kid, who requires fuel for her spaceship, various hats are used on this journey that spans multiple worlds. Though not new to scene, A Hat in Time remains an impressive indie at PAX West.

Our demo took place in Chapter 3, where the primary hat I used was a detective’s hat that allowed me to find various clues to solve the mystery in the chapter. Though the demo cut out during my playthrough, I had a lot of fun using the various hats for various purposes. I was also delighted to see stealth mechanics in the game, showcasing that the game is not simply a platformer. Rather, the various hats and mechanics I observed, including puzzle solving and mystery, showed that the game is not resting its laurels on being just a nostalgia trip. With the launch imminent, I am looking forward to seeing A Hat in Time when compared to other similar contemporary projects.

ZA/UM Studio – No Truce With The Furies – PC

Set in realistic, yet fictional world, No Truce With The Furies is an isometric role-playing game without combat. Instead, the game’s action takes place completely within dialogue. Like other role-playing games, No Truce With The Furies has character statistics. However, these statistics do no include combat statistics; rather, the game features statistics such as charisma. In addition to that, these statistics affect your character both positively and negatively. For example, a charismatic character may be able to easily persuade people, though at the same time people may only pretend to be nice to you.

Jumping into the game, I was instantly gripped by No Truce With The Furies from the opening dialogue. Right away, the game felt dark and seedy, and all I had experienced at the time was a bit of voiced dialogue. Peeling back the curtain, I was treated to some grim, dark aesthetics and a lot of dialogue. I began my journey as a disgraced lieutenant detective that had no recollection of who he even is. Right away, I found that the dialogue had many paths, and I was free to choose my next actions. Although I did not spend too much time with the game, I found myself being heavily intrigued by this dark world, and I am looking forward to its full release.

Polyslash – We. The Revolution – PC

We. The Revolution is a dramatic, legal-political narrative that follows a Judge of The Revolutionary Tribunal. In this game, players are tasked with finding individuals to be guilty or innocent of various crimes, and handing out sentences. While there is a legal element to the game, players are allowed to follow their instincts rather than the law; alternatively, players can make decisions to further their own or their allies’ interests. The game is in its early stages, but the game has potential to be very special.

In the case that I presided over, I made the decision to find the accused to be not guilty as there had been no proof of the crime. However, I was informed that the accused was actually guilty, and that the onus was on the accused to prove their innocence during that period. In addition to being wrong, I questioned my decision when the crowd murmured, wondering if the accuser had friends in powerful places, which could negatively affect me down the line. It is evident that, though in a very early stage, We. The Revolution has the potential to be a very deep and intricate game, especially with 90 plus cases that occur in a random order. This adds significant replayability to the game because the laws change over the course of the game, changing how cases should be decided.

For Part 1 of our Impressive Indies series, click here!

For Part 3 of our Impressive Indies series, stay tuned!

What did you think of Part 2 of our Impressive Indies series? Did you catch any of these games on the show floor? Let us know in the comments below!

The Knight Witch Review – A Captivating Concoction
Next Spotlight on the Impressive Indies of PAX West 2017, Part 3 – Bullets, Bows, and Deities
Previous PewDiePie’s Forced Apology For Using the N Word is Sad; His Defenders Shameful