The details on Bethesda’s upcoming Fallout 76 are trickling in, slowly but surely, and we’re starting to get a clearer picture of what this all-online Fallout title will bring us. Although it will not feature human NPCs, it does look as though it will throw a ton of strange, scary and deadly creatures our way nonetheless.

We at COGconnected have gone through all the bits and pieces of information out there on the Interwebs and put together a Complete Field Guide to all the creatures in Fallout 76 we know about – so far anyway. Keep in mind that some of the following details are mere speculation at this point, based on a combination of fan wikis, articles and videos such as Noclip’s “The Making of Fallout 76” documentary. Pictures have been included where possible.

The Mothman is a creature from recent West Virginia folklore that became somewhat well-known with the release of the film The Mothman Prophecies. It is described as a “winged beast with piercing red eyes.” There’s no official confirmation that it will appear in the game, but fans have speculated based on the picture below and the fact that a Bethesda employee was wearing a Mothman t-shirt in the Noclip documentary. Word is that Mothman will stalk players, especially if you “stray too far” into the wilderness. Fallout 76 will also apparently have a whole museum dedicated to the history of Mothman (Mothmen?), based on a real-life location. 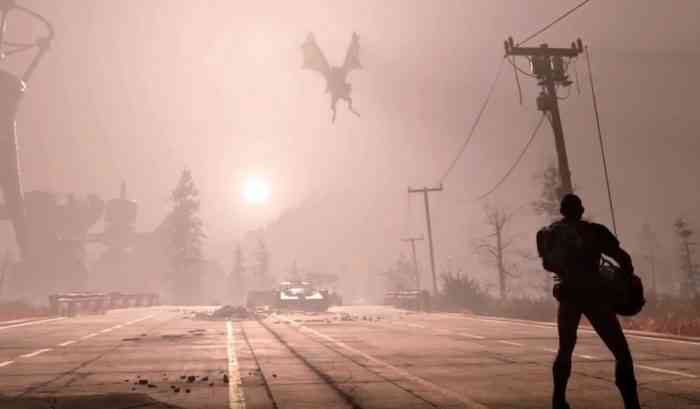 Based on a mythical Algonquin creature said to inhabit Northern North America, the Wendigos are a new enemy in Fallout 76. In appearance they look like very skinny Ghouls, but with a malevolent grin that implies a bit more intelligence than a Ghoul. They also seem to have long, dangerous claws, and presumably they will pose a serious danger as enemies. 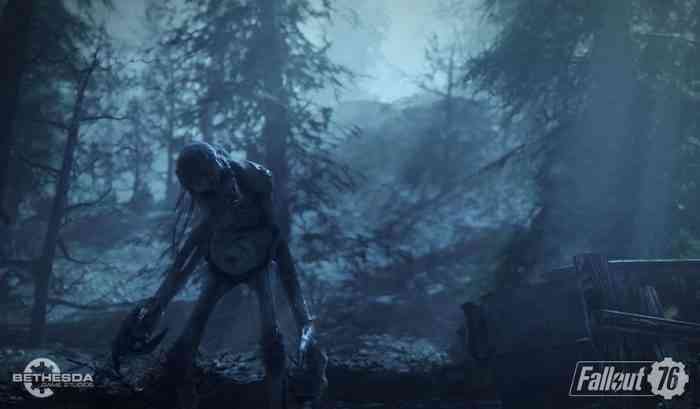 Mega Sloths, new to Fallout 76, are much like sloths in real life, except these ones are giant-sized, towering at nine feet tall or more. They are covered by fur which often has mushrooms growing on it, they have sharp teeth and they are three-clawed on each appendage. However, unlike real sloths, these mutated monsters can apparently run very fast and are aggressive, so they presumably will not make for cuddly pet-companions. They have two known variants: Diseased and Sluggish. 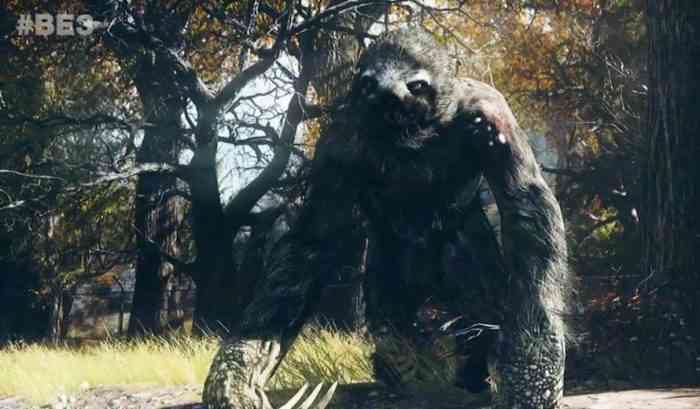 Another new folklore-based addition to Fallout 76, Flatwoods Monsters are strange, pink and/or purple alien-looking creatures that lack a lower body, suggesting that they maybe hover or float above the ground. According to PCGamesN, they are based on a supposed incident in which kids saw an alien crash in the 1950s. We don’t have any information on them other than that but they look pretty freaky.

The name doesn’t sound so scary, right? But careful, these aren’t the harmless little guys you’re probably expecting. In Fallout 76, they are giant mutated beasts carrying their eggs on their backs. Their weird reddish eyes and large fanged mouths seem to imply that you’ll want to be wary of crossing their slimy path on your travels through the wasteland of West Virginia.

Another first-time Fallout 76 addition, folklore-inspired Grafton Monsters are huge, golem-like brutes with massive upper bodies and lacking a defined head or face. Their bodies are grey and hairless, and they have relatively-small legs. Judging by the images we have, they will do major damage using their enormous arms and hands. The Fallout 76 E3 gameplay trailer shows them on the cover of the “Tales From the West Virginia Hills” magazine, which looks to be a collectible series of magazines scattered around the Fallout 76 environment, similar to what we’ve seen in previous Fallout titles.

If you watched the Fallout 76 E3 trailer and wondered what that dragon-looking thing was, you probably saw the Scorchbeast. It’s a winged, grey creature with clawed appendages and large ears, giving it a bat-like appearance. It can fly, of course, and in addition to the standard claws and teeth, you’ll be thrilled to know that it also uses a powerful sonic attack to lay waste to your beautiful, newly-built houses and fortifications. Lovely! 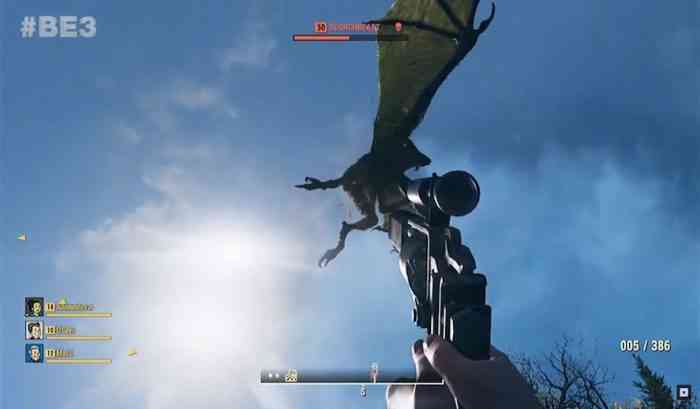 Fallout Worlds Update Out Now, 1st Members Can Customize Own World
Next Top 5 Video Games Arriving in July 2018
Previous 5 Reasons Why Soul Calibur VI Will Be the Best in The Franchise