The COGconnected Crew Make Their Favorite Picks of E3 2018

The staff here at COGconnected are a varied and weird bunch. Hailing from all across the globe, we come together for a shared love of video games and we do our absolute best to provide you with news, previews, and honest reviews of the latest and greatest in the world of gaming. E3 this year saw some friendly debates among the staff about the iconic announcements and mind-blowing games that would soon grace our consoles. With the biggest event in gaming sadly behind us, we thought we would take a moment to let our loyal readers get to know the crew of COGconnected a little better. It is my pleasure to introduce to you our favorite picks of what happened at E3 2018 from us, the staff, as joyful gamers rather than professional journalists. Enjoy.

That Kiss in The Last of Us Part II Trailer

I enjoy the Naughty Dog oeuvre, so I was pretty sure I was going to get into The Last of Us Part II, but the animation in the trailer blew my mind. Even without familiarity with Ellie, the story they told in less than 10 minutes was fantastic. It had a beginning, middle, and an end. There was the juxtaposition between love and violence. The exploration of fear, and of expectations. And this was just in a trailer!

It probably could have worked with pretty good animation, but Ellie and her gal pal had the best-animated kiss I’ve ever seen. These weren’t just polygons clipping into each other, there was real character emotion. Fear, embarrassment, excitement. It got me thinking about what it was like to be a kid in the post-apocalypse. It got me to think about what is what like to be gay in a small community. That kiss is a huge milestone for storytelling in video game animation. 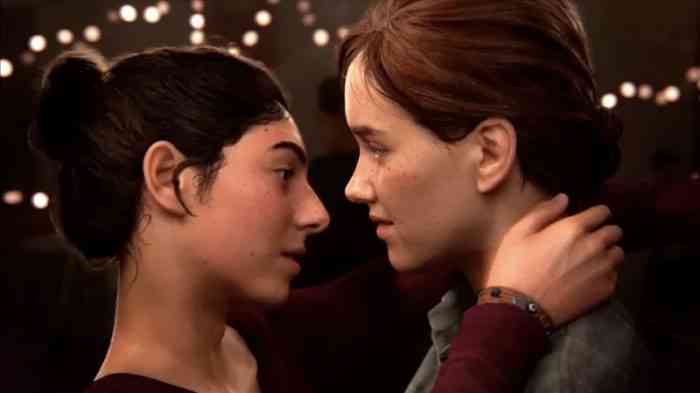 Out of everything announced and shown at E3 for this year I would say that Ghost of Tsushima would be my number one anticipated title. I have been looking at this game ever since the initial announcement so I was amped up to see it being showcased at PlayStation’s event. From the opening shot I was hooked. This game looks incredible with the environments and weather on display I can see myself getting lost in this world for hours or even days. Plus it’s a samurai game that seems to have a focus on stealth and properly timed attacks so there’s no doubt that the learning process for this game will be just as fun as cutting down your foes and bringing dishonor to their family. Can’t wait to don my conical hat and ride my horse through this world and discover all the treats that Sucker Punch is working on.

For me, it was The Last of Us Part II, no contest. The first one is one of my favorite games of all time and really set the standard for what I expected from storytelling in games this generation, and I even wore my Last of Us shirt while I was covering E3! And the way Sony set up the whole church that the opening and ending of the cinematic parts of the trailer took place in was Disney World level presentation. From what I saw in that trailer and the news about the game pouring out of E3, it sounds like Naughty Dog is really building on the intensely heart-wrenching story presentation and attention to detail in every encounter that made me fall so madly in love with the first game. Even if they had announced that it was coming out a day after their conference, it wouldn’t be soon enough.

Shadow of the Tomb Raider

While the announcement of the new Elder Scrolls game is a close second, the update of substantial info about Shadow of Tomb Raider through both Microsoft and Square Enix’s conferences were the highlights of E3 for me. The first game I ever bought for my PS4 was the 2013 Tomb Raider, and since then I’ve developed a hotbed of strong opinions about my favorite Croft—including the one that the plots of the new franchise have never been as gripping as they’re meant to be. But those new trailers are setting Lara off onto a different path (one with even more fire than usual) and while the gameplay might be “more of the same” to critics, to me that means it’s more of my very favorite playstyle. I even approved of the music choice of the trailer. Sure, it could end up all going south, but either way, I’m excited to see it unfold. 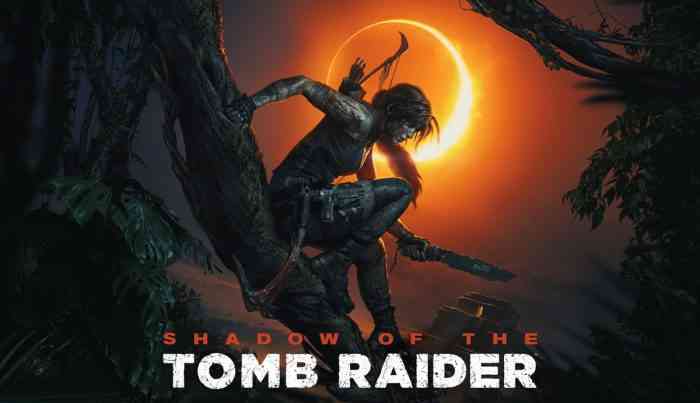 There weren’t a lot of shocking new announcements this year at E3, but it did a great job of giving us a better look at some upcoming games and bumping the hype level to an all time high. This was exactly the case for Ghost of Tsushima. Though it was technically announced in 2017, I had never heard of the game prior to this E3, but what I saw blew me away. In the lengthy trailer shown at PlayStation’s press conference, we got to see a good chunk of gameplay and not only did the combat and mechanics looks engrossing and fun to play, the game itself looked absolutely jaw-dropping. There was one scene in particular that stood out to me the most. The protagonist had just bested his friend-turned-enemy in a duel, and as she fell to her knees, the camera panned out to show their silhouettes surrounded by a searing fire with embers sailing in the wind and a sliver of golden light peaking through the ominous, smoke-filled sky. Cinematic moments like this, combined with what appears to be a deep and brutal combat system quickly made Ghost of Tsushima my number one game to look out for coming into 2019.