It’s been a bit of a somber week in indie gaming as the tail end of Gamescom wrapped up (find some of the best indie news from Gamescom HERE) and some beloved indie studios ran into trouble, with one beloved publisher shutting down entirely. On the bright side, there have been a couple of neat trailers released for some hotly anticipated titles and they are looking better (and closer) than ever. Let’s check it all out!

Over the past couple of months, things at Lab Zero Games became quite tense as sexual assault allegations were made regarding the studio’s owner and co-creator of Skullgirls Mike Zaimont back in July. Then, this past August 24th staff began resigning, citing a toxic work culture perpetuated by Zaimont. Several of the resigning staff posted testimonials on Twitter recounting Zaimont’s inappropriate behavior and their request for his resignation. Zaimont refused and gave staff members unhappy with the decision until August 31st to leave, which several did on August 24th. Shortly thereafter, Skullgirls IP holder Autumn Games and developer Hidden Variable (who works on the Skullgirls mobile port) made an official statement distancing themselves from Lab Zero Games and Zaimont specifically. Earlier this week, Zaimont laid off the remaining studio staff, claiming in an email to Kotaku that: “Unfortunately, Lab Zero was forced into layoffs because we were no longer able to meet our payroll obligations.” According to one of the resigning staff members, Jonathan Kim, Zaimont has yet to agree to severance for the laid-off staff. With the studio’s entire staff gone, the ongoing development of additional content for Indivisible has been brought into question. 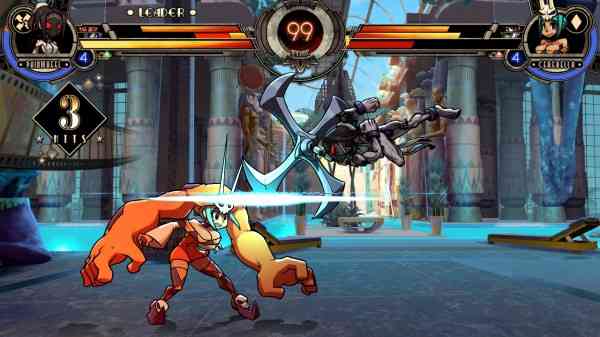 After 10 years of making games including Radical Fishing, Luftrausers, and Nuclear Throne, the founders of Vlambeer have decided to close the studio. Rami Ismail and Jan Willem Nijman announced the decision on the studio’s tenth anniversary this past September 1st, citing their respective (and respectful) diverting trajectories in their game development careers. That being said, the studio’s final game Ultrabugs is still on the way (no release date yet), and they’re currently running a “Vlambeer and Friends” sale on Steam. For the foreseeable future, Ismail and Nijman are planning to do more of what they’ve been doing well for the past few years. Nijman is looking forward to making more games with smaller development teams like 2018’s Minit (which he worked on with 3 other developers), and Ismail is focusing on continuing to make games more diverse through engaging with developers in developing countries.

Indie un-publisher Raw Fury and developer Shedworks released a new look at Sable with a narrated gameplay video from Gamescom. The video explains a bit about the main character’s backstory and has a lot of serene hover-biking across the cel-shaded sand dunes. It also shows off a bit of the environmental diversity from ancient ruins to dilapidated spaceships, and the puzzle platforming players will be doing in them. The game seems to be coming along nicely, though I’m personally not sure if the stunted framerate is serving the game as well as the developer thinks it might be. We’ll find out when the game launches sometime next year.

After being successfully crowdfunded back in 2017, indie brawler Bounty Battle is finally entering the fray this coming Thursday, September 10th for PC, PS4, Xbox One, and Nintendo Switch. Developer Dark Screen Games released an animated trailer to mark the occasion, and players will recognize characters from Guacamelee, Darkest Dungeon, Dead Cells, Owlboy, and the aforementioned Vlambeer’s Nuclear Throne (as well as a whole lot more). It also has characters from indie games that aren’t even out yet, including EITR and Tower of Samsara. Given its mashup nature, it’s sure to be a title that will burden the developer with never-ending character requests – so I’ll start now! I would love to see Raji from Raji: An Ancient Epic join the fight, as she is canonically a skilled fighter, and that game rules. Check out the trailer for Bounty Battle here:

Cloudpunk Gets a Console Release Date

Console gamers who were jealous of PC gaming’s beloved cyberpunk game Cloudpunk earlier this year need not be jealous for much longer. Developer Ion Lands has revealed that the game will be delivered to PS4, Xbox One, and Nintendo Switch this coming October 15th. The developer also recently announced that a new update adding a few more hours of gameplay is in the works, and will include a first-person cockpit view alongside a new racing mechanic. It’ll also include some new characters, and missions for old ones. Check out the reveal trailer right here:

What do you think of this week for indie games? Are you looking forward to Sable? Who would you main in Bounty Battle? As always, let us know what you think in the comments, and be sure to keep it locked to COGconnected for all your gaming news!

Fall Guys Update Officially Releases With More Content And Fun
Next The Three Best (and Worst) Games of August 2020
Previous Marvel’s Avengers Videogame: The Good, The Bad, and The Ugly