I’ll be starting where I left off last time, with the second half of my list. These Assassin’s Creed titles include my least favorite games. As a recap, this list includes all the main series games, as well as a couple of titles that fans may have skipped, but it will not include the Assassin’s Creed Chronicles or mobile games. I’ll be highlighting the elements of each game that made it stand out, for better or worse. The point of view I am coming from in this list is seeing “How restrictive is the gameplay?”, “Does this game control the way I want it to?” and above all, “Is this game fun to play?” Like I said in part 1 of this list, I also have all the Achievements in almost all the games, so by doing everything that Ubisoft intended me to do, I also ask myself “Is the ‘completion’ a fulfilling experience?” So let’s jump into it. Here’s the second, and final part of the best to worst list for the Assassin’s Creed series. 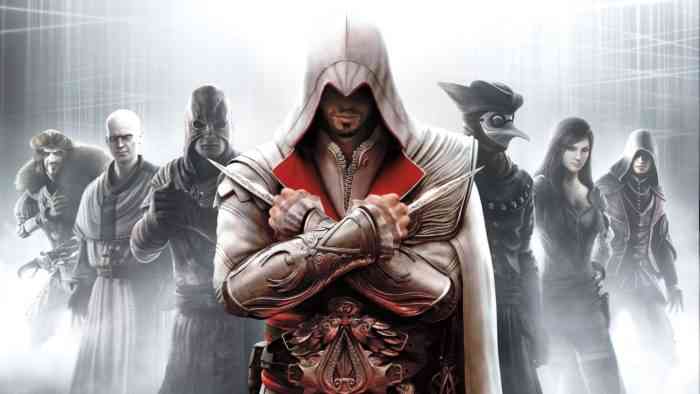 Out of the three games in the Ezio trilogy, this one is my favorite. With some exceptions, it takes place in one area, one map. That means travelling between locations is not really a problem. The collectibles are not too annoying, and as a completionist, that is great for me. I found that the key to why I enjoyed this game as much as I did was that it did not take any unnecessary risks. It took everything that made Assassin’s Creed II good and just kind of kept it. That is also one of the game’s faults. It did not really innovate in any way though.

Back to what made the game good. Ezio is by far the most beloved character of the series. He is the only Assassin to be the main playable character in more than one game. It was a safe move to continue his journey and it paid off. The combat, upgrade system, and controls remained largely the same from Assassin’s Creed II. Brotherhood did however introduce a gameplay mechanic that would stick around for a few games: Assassin initiates. It is called Brotherhood after all. Ezio could start recruiting new Assassins who could be called in to assist him in battle or distract guards. They could also be sent on international missions and help rebuild the Assassin order.

Rebuilding the Assassin order is a reason why I think that Brotherhood is one of the most important titles in the “classic” era of the series. We see Ezio really come into his own as the leader of the Assassins. He becomes the Mentor of the brotherhood, like Altaïr before him, and begins to take it in a new direction, earning himself a place in Assassin history where his name will be honored for generations to come. Assassin’s Creed: Brotherhood also makes the present day story pretty interesting for a brief moment. We finally see Desmond and his gang interacting with some of the First Civilization, before they take control of him and kill one of his closest friends, leaving us all on a major cliffhanger. 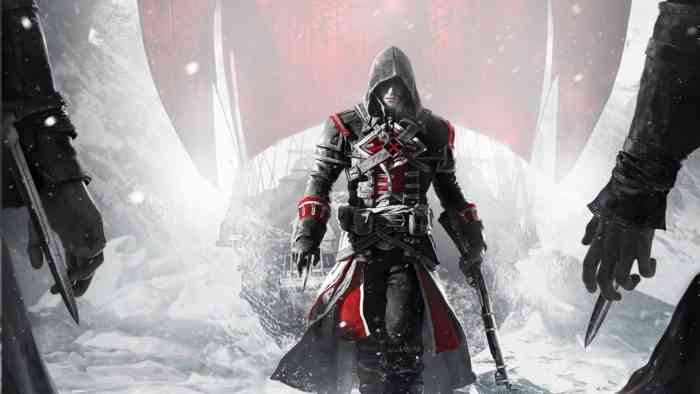 Assassin’s Creed Rogue is pretty dang interesting. Since the series began, it was always a very definitive “good guys vs bad guys” fight. The Assassins were the good guys and the Templars were the bad guys, though there has always been a bit of a grey moral area for both organizations. The Assassins kill and break the law to uphold their values and fight their perceived evil. The Templars do the exact same. Their methods differ, but are often equally horrible. Assassin’s Creed Rogue really puts that notion front and center, where we play Shay Cormac; an Assassin-turned Templar.

Gameplay-wise, it is nearly identical to Assassin’s Creed IV, which is a pretty great standard to meet. The only differences are that there is a river lands area in addition to the open seas of AC IV, but it is more frustrating to navigate. There are also Assassins that actively hunt Shay, since he broke away from the Brotherhood. Oh, he also has a grenade launcher for some reason. While that tool is fun to use, it is clear that Ubisoft just didn’t care for any historical accuracy concerning the grenade launcher, but since the series is about liberal uses of history mixed with science fiction elements, who really cares, right?

The best aspect of Assassin’s Creed Rogue is the connective tissue it makes between the games in the series. It’s a pre-sequel that subverts the traditional expectations of the franchise. Rogue takes place after Assassin’s Creed IV, during the time-jump in Assassin’s Creed III, and has an epilogue that sets into motion the events of Assassin’s Creed Unity. We see returning characters, like Adéwalé from AC IV, and many characters from AC III, like Achilles Davenport, Haytham Kenway, George Washington, and Ben Franklin.

This entry is in a way the most average Assassin’s Creed game, which is a good and bad thing. The gameplay really does not evolve from Assassin’s Creed IV. It has all the features and gameplay mechanics that you liked, and all the ones you didn’t. If you loved the previous game, you’ll probably like this one. 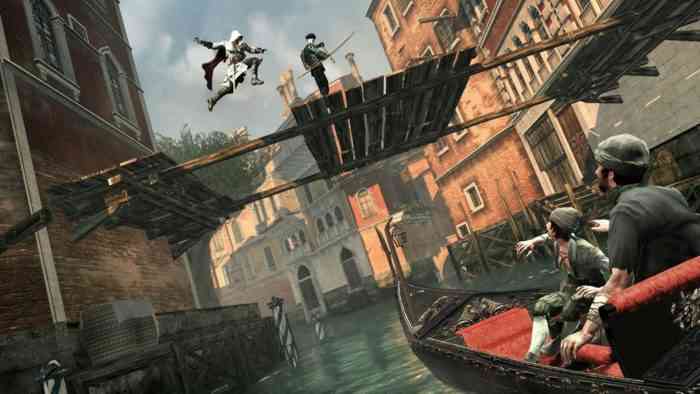 Assassin’s Creed II may not have been the absolute best one, but it did give us Ezio. We watched Ezio from the moment he was born, to when he was a young, carefree man, to a driven, disciplined, full-fledged Assassin, and that was just one game. It was the beginning of a really incredible journey.

The gameplay evolved from the first game a way that would set the standard for a half dozen games to follow. The combat was improved through means of upgrading weapons, armor, and pouches, as well as being able to disarm enemies. Another addition that would become a staple was the double hidden blades and multi-assassinations. Assassin’s Creed II also added an economy mechanic that allowed Ezio to purchase weapons, art, clothing, and distract NPCs by dropping coins. Money could be used to bribe certain factions like thieves, mercenaries, and courtesans, each aiding Ezio in a different way.

Just as the succeeding games would do, Assassin’s Creed II expands the world with Ezio’s story and Desmond’s story, which really provides a deeper look at the conflict between the Templars and Assassins. This game took the basic concepts implemented in the first game and took them forward, where future Assassin’s Creed games would run with them, not always for the better though.

The game improved in virtually every way AND removed the flag collectibles. They were replaced with feathers though, which still sucked! 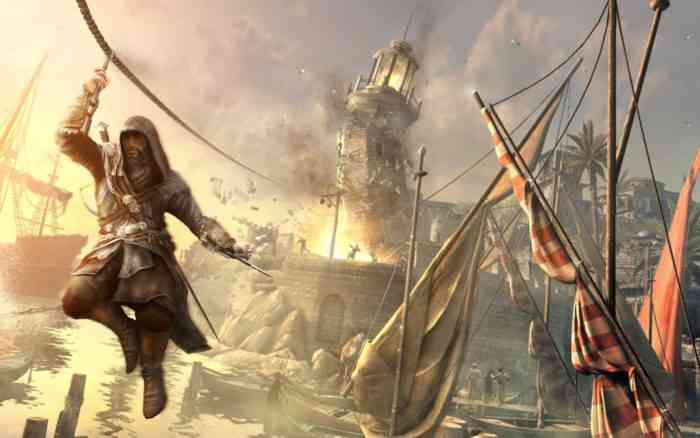 Revelations is a great case of a sequel that added a bunch of things, but only some of them were cool. The first time I played this game was on the Xbox 360 and I remember thinking, “Some of these new mechanics are kind of neat.” Years later, playing the Ezio Collection and after some of the other games, I thought, “Wow, no wonder this is the only game with these elements.”

There are things like gameplay mechanics that stand out to me, but as far as the conflict in the story, I do not remember very much about it, even after playing through twice. I cannot, for the life of me, recall who Ezio was fighting or trying to stop. Assassin’s Creed: Revelations finds itself so low on this list because it is really not all that memorable. It’s “the one with the hook-blade” or “the one with the tower/defense mini-game that wasn’t good, so none of the future games used it again.”

Don’t get me wrong; I remember enjoying the game, but I cannot remember what was so enjoyable about it. It kind of suffers from the same thing as some of the other games in the classic era, where the only thing that really changes is the setting, but as this is the third Ezio game, not even that changes very much.

After the cliffhanger ending of Assassin’s Creed: Brotherhood, Desmond ends up in a coma and his mind is trapped in the Animus. The present day story goes from “kind of interesting” to “I don’t care because this is a digital space and not the real world.” While Revelations is the end of Ezio’s story and has a satisfactory wrap-up where he returns to Masyaf and talks to Altaïr’s skeleton, it really drops the momentum that the previous games carried.

Self-Professed Rainbow Six Cheater is Allegedly a Suspect in Ubisoft Hostage Hoax
Next Call of Duty Black Ops Cold War: 10 Reasons Why You Need To Jump Into Season 3
Previous Assassin’s Creed Games – Best to Worst in the Series (Part 1)