If you have a craving for nightmarish worlds full of genuinely hilarious writing and roguelike gameplay mechanics which all but encourage self-destruction, then these two games are for you. Sunless Sea is an RPG/roguelike that takes place in the dark and surreal world of Fallen London, where death rarely sticks and the laws that once governed existence have begun to give way. Specifically, it places you in the role of a Zee captain, roaming the perilous, largely-procedurally generated Unterzee in search of riches, fame, or forbidden knowledge. You may find all of these things in the underground ocean’s dark expanse, but you’ll have to deal with zee monsters, pirates, information that can quite literally burn the thoughts from your skull, and a lot of different competing factions on the way to a peaceful retirement. Sunless Skies takes that troubled world and goes one step further: now you’re piloting a flying steam engine through a sky where the stars are going out, one by one. Abominations swim lazily between the stars and the British Empire is rising again beneath the light of an artificial sun, but there are fortunes to be made out there. You just need to survive long enough to find them. Each of these games has about fifty hours of gameplay and the devs are constantly adding new storylines. Sunless Sea is $20.99 CDN and Sunless Skies is $27.99 CDN.

You could make a decent argument that Darkest Dungeon is less Lovecraftian horror and more gothic horror, but my position is that it sits in the uneasy space between the two genres. In this game, you play as the Heir to a dilapidated and monster-infested Estate, directing a group of flawed heroes to try and make up for your Ancestor’s terrible mistake. Seeing as the Estate is now absolutely infested with the undead and more esoteric, sanity-destroying foes, keeping these heroes alive and sane is easier said than done. The focus on the many ways your heroes can self-destruct makes this game genuinely uncomfortable at times. Darkest Dungeon sets out to address the psychological stress of adventuring, and good lord does it succeed in making dungeon-diving seem like the worst job in the world. Even being night guard at Freddy Fazbear’s might be preferable. Oh, and the ancient portal under the Estate is still threatening to let terrible things into our world. Good luck. This game is about sixty hours long before you add in any of the DLC. It’s $27.99 CDN.

No one does grim and bleak quite like a Slavic game developer does, and Darkwood is proof of that. This top-down survival/horror game (not to be confused with the survival horror genre of Silent Hill and Resident Evil fame) leaves you stranded in an enormous, ever-changing, supernatural forest that twists everything within its borders into terrifying shapes. If you want to retain your humanity, your only hope is to escape. But before you can flee the forest, you must first survive. Nightfall is coming, and the creatures that make these trees their home are hungry. Darkwood alternates between a procedurally-generated free-roam world during the day and a nightmarish fight for survival during the night. Scavenge, explore, follow quests, and try to find a way out of the woods before it’s too late. But who are we kidding? It’s already too late. The slow, inevitable process of succumbing to the woods makes this game incredibly eldritch. Darkwood has about fifty hours of gameplay to offer. It’s $16.99 CDN.

Welcome. Delicious friend. We don’t usually cover browser games on COGconnected, but in this case, I had to make an exception. Fallen London may be the best browser game out there–it’s certainly the best steampunk/Lovecraftian horror/comedy browser game. In this game, London has been stolen–or perhaps sold–and buried deep within the earth. The Neath is dark, dank, and so far from the sun that the laws which govern existence are beginning to break down. You find yourself in a realm where death rarely sticks, hell is just a train ride away, and the giant alien bats who now own London will pay top dollar for love stories. It’s a sprawling world filled with countless quests and story hooks, some of which are heartwarming, some of which chill the blood. This the game Sunless Sea and Sunless Skies were spun off from, and believe me, there’s a lot more horrors where those came from. Most of the storylets Fallen London has to offer range from delightfully creepy to mildly discomfiting, but some of them will leave you sleeping with the lights on. Go on. Seek Mr. Eaten’s name. I dare you. This game is constantly being added to and expanded on, and at this point, I’m afraid to estimate how long a full playthrough might take. It’s also free, so you have no excuse not to dive into the Neath yourself.

Content warnings: body horror, animal death, sickness, loss of sanity, suicide, fantasy racism, British imperialism, lots and lots of bad endings, terrible things happen to us all, everything is awful and yet life carries on (most of the time). 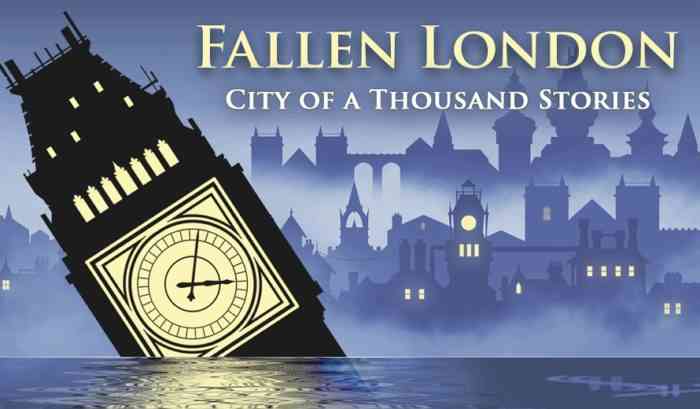 Can you think of any other games that should be on this list? Let us know in the comments below.