Who doesn’t like collectibles? Whether its video games, records, antique spoons, or vinyl figures, once you have one it can be hard to stop. Developer Mythical (a new studio headed by industry veterans who worked on Call of Duty, Guitar Hero, World of Warcraft, and Skylanders) have taken this love of collecting and paired it with the ultimate in interactive entertainment – video games – to give us a wholly unique experience with their upcoming title Blankos Block Party. The game is both comfortably familiar and quite refreshing, with something for gamers of all types. What exactly can you expect from this quirky and adorable adventure? Here are 7 fantastic features you need to know about Blankos Block Party.

Not unlike the enormously popular Funko POP figures, Blankos are a series of highly unique and stylized vinyl collectible figures, albeit in digital form. These adorable little collectible characters not only exude their own personality through their style, but also function as a blank vessel for your particular expression and gameplay style – hence, “Blank-o.” The fine detail on each model has been painstakingly crafted by exceptionally experienced vinyl and action figure artists who put their skills to use creating soulful, complex designs so each Blanko stands out. Only a few such designs have been revealed to the public so far but each one has far more intricacies than you might expect. You can be sure there will be a unique style for everyone that speaks to them on a personal level.

What good is an adorable vinyl figure that you can’t make unique? While Blankos Block Party does not feature the option for user-generated skins at this time, Blankos can be outfitted with numerous accessories you’ll be able to buy and unlock both for cosmetic and functional reasons. New shoes, masks, shirts, and plenty of other options can be slapped onto your Blanko to stand out in a crowd while some accessories like bat wings, jet packs, and boots of speed will all change the fundamental way you can play with your Blanko. Don’t feel like platforming to the top of a roof? Bat wings will get you there in seconds! Want to beat your top time in a race? Hello boots of speed! The more you play with your Blanko, you’ll also be able to level it up and spend points unlocking additional skills and abilities. You can fine-tune a specific Blanko for a specific type of mini-game!

When you purchase a digital game or DLC, you are buying the ability to use the property but as such you do not technically own it. Mythical has explained that any Blanko you own is truly yours to keep. Your Blanko will come with a digital certificate of ownership that stays with the character no matter where it goes. While Blankos will be purchased with real-world currency (Price as yet unannounced) you will not be buying them at random; you will pick exactly which Blankos you wish to purchase. Much like a real vinyl toy collection, players will be able to trade Blankos with one another. Mythical wanted to create a safe environment to do this and avoid predatory third party sites and potential rip-offs from bad deals, and so Blankos Block Party will contain its own trading system to facilitate within the game and make for a safe space for players. The game also will track ownership, purchases, and trade history to keep every step legitimate and secure. 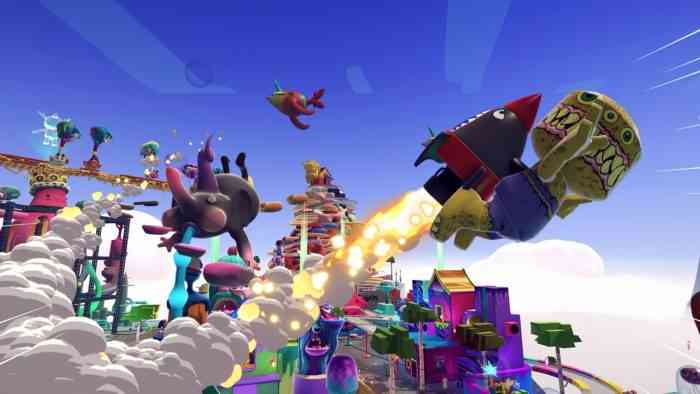 4. Changing of the Season

Blankos Block Party will feature seasons that change not only the gameplay mechanics and general content of the hub world, but certain Blankos will only be featured in specific seasons. This means if you purchase a Blanko during season 1 and play until season 7, you probably won’t see that same Blanko appear in shops, increasing its value in ownership and trade. New Blankos will be added with each season encouraging you to get those once-in-a-lifetime figures, and new seasons will be changing up the game world as a whole. Whether these world changes are only cosmetic is yet to be seen, but given the experience of the team at Mythical – and their love for the game – I would be surprised if they don’t offer all-new seasonal events and content for players.

3. Block Party at the Junction!

Your hub world in the game is called The Junction, a wide, explorable, colorful space with plenty of things to do. Rather than offering only a direct menu to navigate the games many options, the Junction provides a public space for players to shop, complete mini-games, get a handle on mechanics, and generally goof around together. All the options seen in the menus will have a physical interactive spot in the Junction allowing you to wander into shops or grab a toy from the range and shoot your fellow players. You can participate in foot races, shooting galleries, and collection mini-games just to name a few activities as well as jump on the party bus to get right into the action. 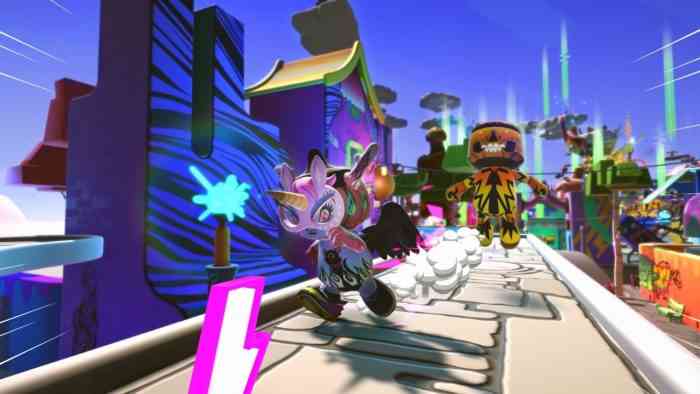 The core gameplay of Blankos Block Party is a variety of PVP mini-games which fall under the categories of shooter, race, collectathon, and tag (so far.) These stages will each have a host of possible settings and based on the stages you play frequently the “Recommended” option will work like a built-in Netflix, showing you the kinds of stages you seem to prefer from the extensive catalog of options. This means you don’t have to sit there and thumb through every single page of a game and you can simply jump into one that already suits your interests, which brings us to our final and core point;

Collecting figures is all well and good, but what is the actual gameplay of Blankos Block Party? Mini-games! Not only will you be able to take your Blanko into battle in foot races, tag, shooters, and collection races through stages created by the team at Mythical, but you will have full access to a robust yet easy to use and intuitive creation system to upload your own stages! You’ll be able to control the number of players in a given game (with player count easily hitting 40 without lag or issues), decide which accessories are allowed to be used, and so much more. Level design is something akin to Minecraft with more complex shapes and the limitation really is your imagination. You will control the music, the lighting, placement of all objects, every little detail is at your fingertips. In a sneak peek of the game we saw a collection race where players slide down a hill in a giant plinko-like machine, as well as a foot race where the entire level was on its side, making it like a 2D platformer! 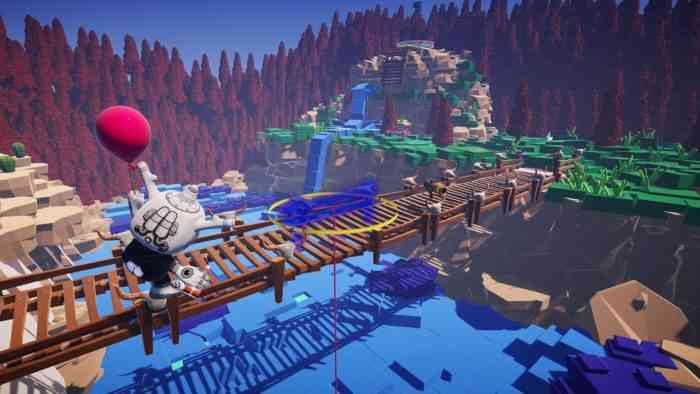 There is still plenty to learn about Blankos Block Party and more content on the way (they are looking into Capture the Flag mechanics as well!) but for now it is shaping up to be a haven for creative PVP players. There is something here for everyone: racing, shooting, creating, and collecting. The game will need to have some pretty impressive marketing to capture audiences, but we are cautiously optimistic that this could be a phenomenal experience when it launches. Expect Blankos Block Party to release sometime next year with beta most likely to come in late 2020.

Get Ready for Post-Apocalyptic MMO The Day Before

Neverwinter Goes Feywild in Sharandar
Next Beat the Heat With These Refreshingly Cool Indie Video Game Demos
Previous The 11 Bit Revolution: How a Polish Studio is Making Games That Matter