Xbox’s Summer Games Fest Demo event kicked off this past Tuesday by dropping over 70 demos for upcoming indie games onto the Microsoft Store. That’s an awful lot of demos, and as much as I would have liked to play them all, I also have to sleep, eat, and do other stuff to stay alive that’s quite time-consuming. So, I chose four titles that piqued my interest to take them out for a whirl, and here’s what I thought of them!

The demo for Book of Adventum does a great job of asking questions about its world – a derelict, industrial wasteland populated by automatons and you, an “Associate of the Inventor’s Guild.” In this short snippet from the game, you’re tasked with fixing up a transmitter beacon to gain access to an underground facility on Thunderhead Point Island. It’s very clearly inspired by narrative-driven sci-fi shooters from the early 2000s and wears its influences on its sleeve with references to Bioshock and Half-Life in plain sight. The enemy automatons you’ll come across are vaguely reminiscent of Dishonored 2’s Clockwork Soldiers, and combat can get intense pretty quickly, though the game’s controls tend to get in the way of sustaining the fluidity it may be trying to achieve. I found myself continuously halting the action when trying to sprint, as pressing in the left stick brings up the weapons menu, which is also somewhat janky. In fact, I found myself struggling with the controls quite a bit throughout the demo. The B button removes the HUD (or as the game calls it, Goggle Glass) for no discernable reason, and turning on the flashlight involves pressing both B and the left bumper at the same time. Using items is restricted to an inventory menu only accessed by pausing the game, which is definitely a mechanic best left in yesteryear. Overall the game’s story and world do seem intriguing, but its deliberately dated design may hold me back from unraveling its secrets.

Book of Adventum doesn’t have a release date just yet, and it’s hard to find basically anything about it online aside from the existence of this demo. I guess it’s safe to assume that it’ll be available for Xbox One whenever it does release. 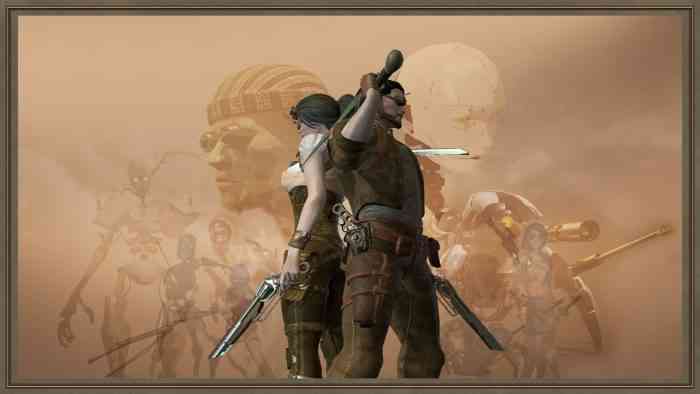 My interest was piqued by Genesis Noir’s bizarre teaser and unique art style, but I found that neither of them was particularly indicative of what I was going to experience playing this demo – which is honestly a magical thing. It opens up with a brief explanation of cosmic background radiation, which “allows scientists to listen to the moment of the big bang and compose a timeline of the birth of the universe,” and starts you off right then and there at the beginning of all things. Throughout the demo, you’ll explore a city through cinematic, comic-book styled point-and-click segments that transition into improvisational jazz sessions with musicians you’ll meet along the way. It sounds like a lot to take in, but the game does a great job of keeping it simple and engaging.

Now, I hadn’t read the summary on the shop page, so my interpretation of the game’s plot was: “You play as an aspiring jazz musician making his way in the world.” As it turns out, I seem to have missed the mark quite a bit – here’s the game’s actual description on the Microsoft Store page: A noir adventure spanning time and space. When a love triangle between cosmic beings becomes a bitter confrontation, you’ll witness a gunshot fired by a jealous god—otherwise known as The Big Bang. Jump into the expanding universe and search for a way to destroy creation and save your love.

In another timeline, this could be a Hideo Kojima game.

Genesis Noir doesn’t have a release date just yet but is set to be available for PC, Mac, and Xbox One.

It’s hard for me to do justice to how awesome this game actually is, but here goes: Raji: An Ancient Epic is an absolutely badass action-adventure game set in Ancient India that, if it were receiving the AAA treatment it deserves, would probably be this year’s God of War. It tells the story of a young carnival performer chosen by the gods to fight off hordes of demons after they kidnap her younger brother, which is told through puppet show vignettes and narrations from Durga and Vishnu. This game is stupid gorgeous, with absolutely beautiful art direction and breathtaking environments that will absolutely inspire you with wanderlust. In the demo, combat doesn’t get too deep, but you’ll definitely feel badass striking down demons with Durga’s Trishula imbued with lightning powers while backflipping off of walls and carts. My only qualm with this game is its pseudo-isometric camera, as it doesn’t do justice to the scale of the environments and ultimately the story itself. I definitely think this game would benefit from a more dynamic camera during gameplay, and a more cinematic one during certain moments evoking signature Bollywood melodrama. That being said, I understand (or at least assume) that this presentation is due to the limitations of the developer’s budget, timeline, or both. This is a game that I’ll definitely be seeing through to the end once it releases, and I hope many others do as well.

Raji: An Ancient Epic doesn’t have a release date just yet, but will be available for PC, Xbox One, PS4, and Nintendo Switch.

The shiny new remaster of Destroy All Humans makes it very clear that it is just that right off the bat with a disclaimer that “while the experience has been upgraded, the content and historical records of the original invasion of the Furons remains a near-identical clone.” This is much more concerning than it is exciting, as standards have changed quite a bit in the 15 years since the original release. The opening cutscenes (shiny as they are) definitely show the game’s age, particularly in its attempts at humor. The gameplay does feel quite a bit tighter and more intuitive than it did on the more recent ports of the original title but ultimately doesn’t translate to being particularly exciting. Destroying humanity feels almost passive from the comfort of your spaceship, but on the ground, it’s still fun to use Psychokinesis to toss puny humans into the stratosphere. Overall I think if THQ really wanted to revive this franchise, it may have been wiser to try something fresh and new. The nostalgia buy for this game will likely be a tighter niche than expected, and I have a hard time believing modern youngsters would see the appeal that I did at age 13.

Destroy All Humans invades Earth on July 28th for PC, PS4, Xbox One, and Stadia.

Have you tried any of the indie demos currently available on Xbox One? Find any gems you think we should check out? Let us know in the comments!


THQ Nordic Officially Announces Its Remake Of Destroy All Humans! 2

Destroy All Humans is Coming to Nintendo Switch This June