Early Access is officially underway for Crytek’s bayou-based FPS, Hunt: Showdown. With a pinch of battle royale and a hint of Monster Hunter, this multiplayer rumble proves to be a dynamic experience. Whether you’re nearing max level or just getting your feet wet, the godforsaken marshes of Louisiana are relentlessly unforgiving. By God’s grace and the cruelty of my Winchester Repeater, I’ve managed to escape the realm of the damned with monstrous bounty in hand on several occasions. From one hunter to another, I figure it’d be mighty courteous to share my undisclosed tactics as I wallow in my ever-inflating currency and gleaming Bloodline. Bear in mind, these suggestions are based off of my own experiences. You may disagree with me entirely or perhaps crown me ‘Captain Obvious’ by the end of my self-righteous monologue. Regardless, here are my five tips for prevailing in Hunt: Showdown.

If you’ve mustered the courage to face hell incarnate and opposing hunters alike, you’re familiar with Hunt’s recruitment process. From the onset of each round there’s a singular objective: Kill or be killed. However, the means in which you approach that mentality is entirely subjective. Initially, it’s not a bad idea to recruit hunters based off of their default load-outs. Seeing as you’re a low rank with little at your disposal, it’s crucial to select a hunter who’ll provide you with the most bang for your buck, literally. Personally, I prefer a hunter equipped with some form of a shotgun and melee weapon. You’ll inevitably encounter Grunts, Armored, Hive, and other infernal atrocities during your journey to the boss. If you’re keen on avoiding gunshot wounds or losing your life entirely to an enemy hunter, it’s essential to pack a knife if you’re not already equipped with a machete as a sidearm. Sure, you can equip brass knuckles and even pick up sledgehammers, axes, or sabers along the way; but I suggest entering the nightmare prepared. The point is gunshots can be heard from miles away. The more you discharge rounds into bloodthirsty Hellhounds and Meatheads, the more susceptible you are to giving away your position on the map. Additionally, pack at least one vitality shot or first-aid kit. You’ll surely require some stitching throughout the match precipitated by firefights or a tussle with NPC’s. Most importantly, prepare for the boss itself. Consider its immunities, vulnerabilities, and equip yourself with weapons, tools, consumables, and traits that’ll contribute to a swift victory. 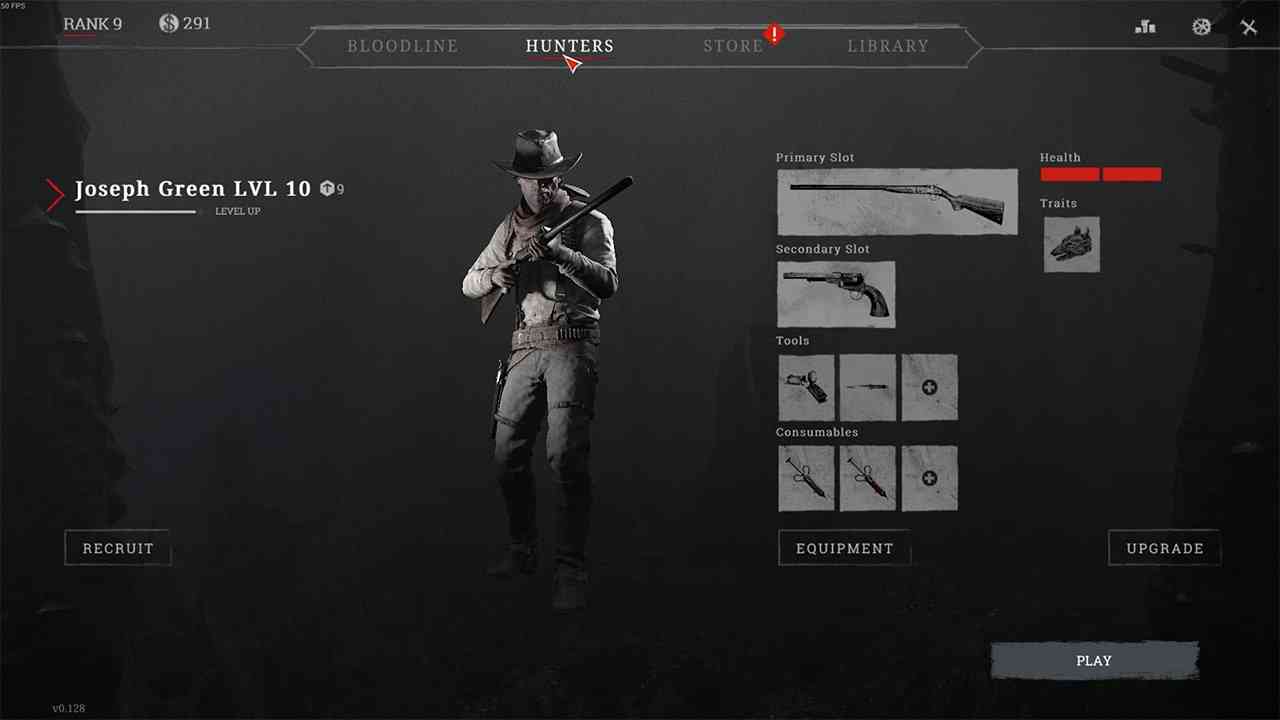 Crytek says it best: “Reckless players are dead players.” I found their warning to be all too surreal upon jumping into Hunt for the first time. I initially approached each match as if I were playing a majority of other multiplayer shooters: sprinting from clue to clue and attracting hoards of attention along the way in an effort to reach the boss before everyone else. As you may imagine, I learned my lesson the hard way as I repeatedly sustained gunshots to the head or wound up a feast for Hellhounds. In Hunt: Showdown, slow but steady wins the race. There isn’t a magical barrier forcing you closer to your enemies. You’re free to take a leisurely stroll through the swamp if you so desire. I’ve managed to complete matches without receiving a lick of damage by either silently killing monsters with my knife or avoiding them altogether. I’ve lost count of the times I’ve snuck up on hunters while they’re causing a ruckus or being pursued by torch-wielding Grunts. Buildings, compounds, and the bayou itself are rife with a myriad of sound traps. Pay attention to where you’re stepping and what’s dangling from the ceiling. On the contrary, listen for crunching glass, ruffling bushes, and rowdy animals while you’re at it. Those noises immediately reveal the position of other players. Additionally, activating diversions such as gramophones and generators can lead to some interesting encounters. Take it slow and remain stealthy. Or be a force of nature and massacre everything in your path. You be the judge. 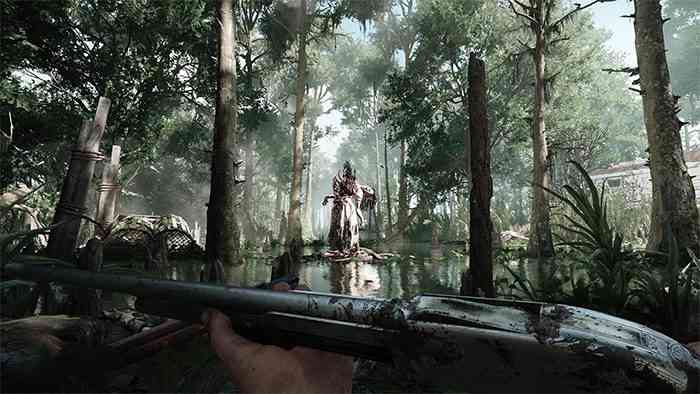 3. Be A Badass or Bring a Buddy

If you struggle to lay waste to your enemies and the boss all on your lonesome, consider teaming up with a random player or a friend of your own for a duo’s match. Communicating with a teammate significantly alters firefights and boss encounters. There have been countless instances when my buddy or I will draw the attention of other hunters while the other flanks them from behind. Bringing a friend to a boss encounter provides you with a chance to heal up and reload in the heat of the battle. The bosses are also a bit easier to bring down, naturally. Furthermore, it’s nice to have someone watching your back while you’re grabbing clues or padding yourself down when engulfed in flames. Playing with a friend assisted me in grasping a stronger understanding of the gameplay which eventually led me to succeed on my own.


Crypt of the NecroDancer: Synchrony DLC Launches Into Early Access