I preface this monologue with the admission that I’m a far less than professional competitor in Crash Team Racing Nitro-Fueled. I am, however, more than willing to share the blatantly obvious but critical tips I’ve employed that have benefitted my efforts in outdriving my anthropomorphic opponents.

Begin with a Boost

Not unlike Mario Kart, at the beginning of a race, you can propel yourself beyond the competition with an adequately timed boost. As the lights count down, press and hold the acceleration button a moment before the green light illuminates for a brief but advantageous boost. In the original Crash Team Racing, you can rev your engine three times leading up to the green light for a greater boost. I’ve yet to nail the timing so I can neither confirm nor deny the existence of said mechanic in Nitro-Fueled.

The hard truth is if you intend to play on medium and especially hard difficulty, it’s nearly impossible to finish in first place without drifting around the twists and turns of each track. I’ve found the power-slide mechanic in CTR to be trickier to nail as compared to Mario Kart. In CTR, you must manually activate the boost generated by a successful power-slide. A bar onscreen and the glow of your wheels indicate the proper time to activate your boost. Pressing the button opposite your jump button will boost the speed of your drift. Successfully activating multiple boosts in succession will temporarily increase your overall speed. The color of the smoke emitted from your tailpipes indicates the level of speed you’ve achieved. Mastering the power-slide demands patient practice, but it’s essential to maintaining top speed during every race.

Noticing a trend here? Consistently blazing to victory requires a perpetual boost in speed. From beginning with a boost, drifting turns, driving across boost pads, to jumping off of each and every ramp, top speed is guaranteed. From the enormous ramps to the smallest humps, jumping off of them grants you a brief speed increase upon landing. 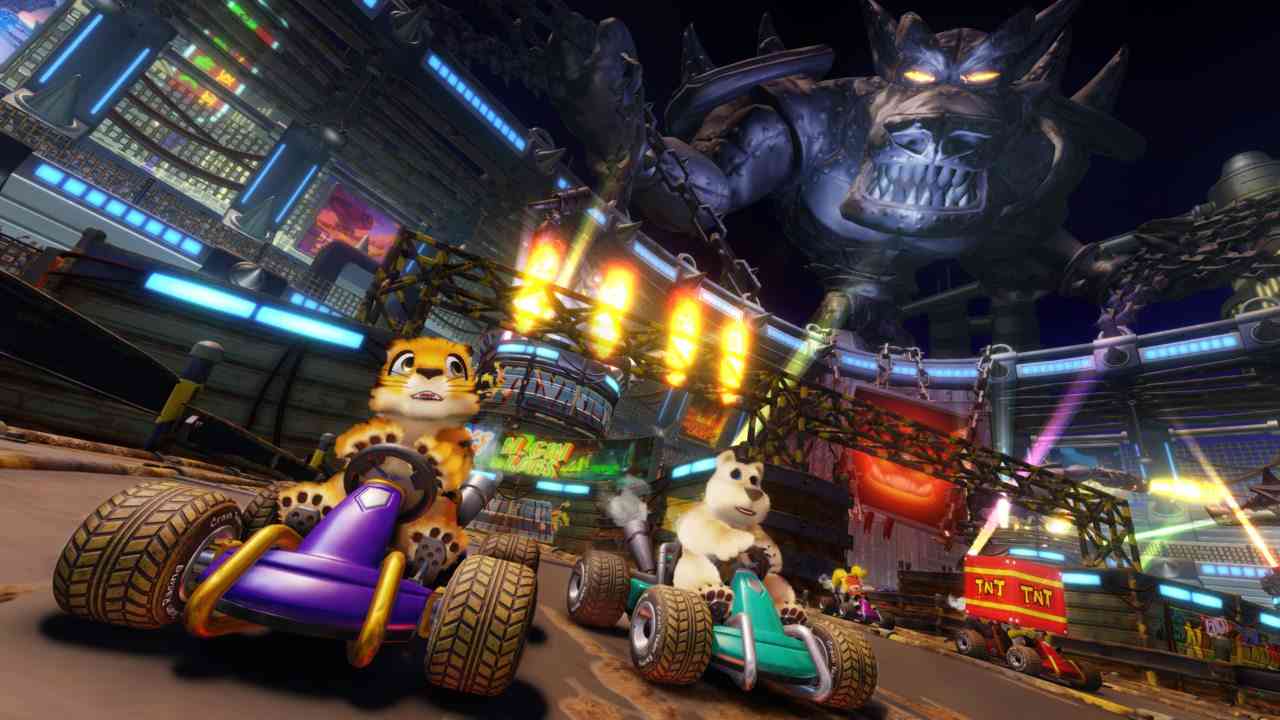 Stick to the corners of every turn. Doing so creates the shortest distance between you and the finish line. It’s also not a bad idea to drop deadly Pick-Ups like TNT and Bowling Bombs near the corner of every turn. Experienced racers will employ the same tactic, so keep your eyes peeled.

To no one’s surprise, TNT can and will likely sabotage your chances of victory. Fortunately, you can shake off those doom-inflicting boxes of death with a spasm of hops. Should you find your skull adorned with one of those pesky crates, simply spam your jump button until it falls off. Dealing with the situation isn’t ideal, but it’s much better than having your high-speed cruise obliterated.

I warned you of the simplicity. I hope you find these basic tips useful in your quest for gold in Crash Team Racing Nitro-Fueled. For more on the esteemed kart racer, you can check out our full review here.

Diablo 2: Resurrected Bug Makes Characters & Progress Disappear
Next 7 Things We Would Love to See in Rage 3
Previous Why Daemon X Machina is an Action Game, not a Mech Game – Kenichiro Tsukuda Interview