Why Daemon X Machina is an Action Game, not a Mech Game – Kenichiro Tsukuda Interview

An Interview with Producer Kenichiro Tsukuda at E3 2019

It’s been quite some time since we as gamers saw a worthy and captivating mech game. They have popped up here and there but ultimately they have always drawn the comparison of the most iconic franchise in the genre: Armored Core. Last year at E3 Nintendo had the distinct pleasure of announcing Daemon X Machina, a lightning fast and stylistically brilliant action game coming exclusive to the Nintendo Switch and produced by none other than Kenichiro Tsukuda, the producer of three different Armored Core games. I was given the opportunity to sit down with Mr. Tsukuda at E3 this year for a private interview to discuss his upcoming project and find out more.

My initial impression of the game was one of great interest. The Armored Core series has been so iconic and it was easy to see the connection between his work on that franchise and the all-new IP for Daemon X Machina. I, of course, asked if his work on Armored Core helped inspire his new project, to which he replied:

KT: I feel like there has been a trend in having very vast and expansive open world RPGs, but at the same time when you look at action games there aren’t many games that allow you to move with a high degree of freedom on the ground and in the air and to really use the space that is within the game world, and so I wanted to create a game that does that so players can really enjoy playing around the space that is given to them … looking at it from that perspective, I think my experience with the (Armored Core) series has helped.

I wanted to follow up on this connection to Armored Core and asked Mr. Tsukuda if we might see recognizable parts from the franchise appearing as customizable options in Daemon X Machina for the Arsenals, to which he assured me that they intentionally strayed away from this idea to make sure the new title was judged for its own merits and no lingering connection to the Armored Core franchise. Of course, curious about what kind of special customization options we might see I had to ask a more light-hearted question:

COG: Being a Nintendo exclusive game we know that Nintendo loves to have little nods to their other properties in various games. Was there any thought of including things like having maybe a Metroid inspired mech, or something from F-Zero, that sort of nod that usually gets put into the Nintendo versions of games?

To my surprise, Mr. Tsukuda supplied an answer that was both satisfyingly poetic but left the door open just a crack.

KT: This title is a brand new title for us and Nintendo is so great. It’s like we finally made it to the batting ground and we’re just starting out and we’re kind of hoping that some of these great coaches would give us a call out or just reach out to us, that’s kind of where we are at right now. 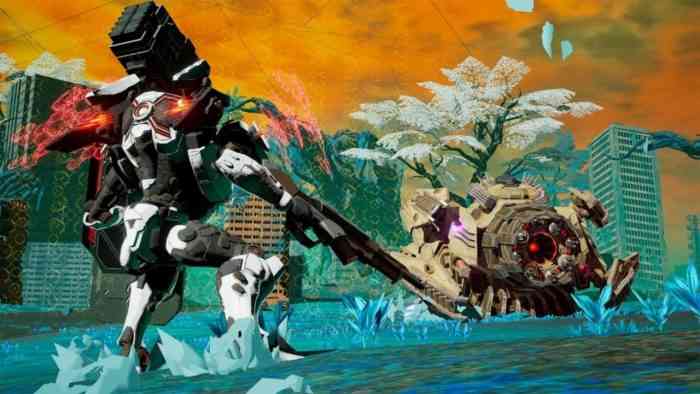 As we have seen in various trailers, the pilots of the Arsenals are able to leave their suits in the middle of combat. Called Outers, this was a mechanic we don’t often see in big bombastic mech games as it would ordinarily leave the pilot vulnerable. Discussing this with Mr. Tsukuda is what started the revelation that opened my eyes to what makes Daemon X Machina different from your typical mech game and why his team calls this an Action game over a Mech game.

Mr. Tsukuda went on to explain that the Arsenal is more of a suit of armor, and you as the Outer are the hero. You’ll be able to upgrade and augment your powers and skills which translate into the Arsenal as it is merely a shell to protect you, the hero. Outers are able to leave traps for enemies and can be used in co-op as a lure with the enemy seeing them as vulnerable when outside of the Arsenal. It offers a number of strategic advantages that the community is sure to surprise us with. Mr. Tsukuda then recounted a story from the games’ time as an open demo:

KT: When we put the demo version out one of the staff told me a lot of the players were putting up some really interesting videos. There is a mountain climbers club where people are trying to climb mountains, trying to compete with each other to see who can climb the highest mountain. I thought that was really fun and entertaining. I am sure once the actual game releases those people will go into cooperative play, not battle, and just compete in mountain climbing and I am looking forward to seeing that. 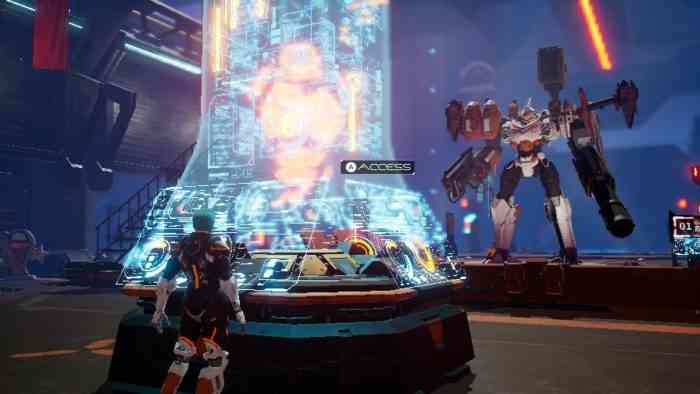 COG: Are players going to be able to trade parts or unlocked pieces between each other?

KT: Unfortunately you won’t be able to trade parts.

COG: During Gamescom we saw a map where they took down the boss and that countdown started, and you said there would be a countdown at the end but you didn’t want to go into what that was for. Are you ready to say what happens in those last moments of the battle?

KT: So we haven’t released that information and it’s something we are working on towards an update, so you’ll just have to keep up and stay tuned.

At this point I, of course, had to know what we could expect from these giant, explosive boss battles from what we had seen in the trailers. Mr. Tsukuda was more than happy to explain this feature.

KT: … You can take parts from the enemy like you probably saw in the video and throw it at the bosses. You can really focus your fire on a specific weapon or part of the boss and once it falls off you can pick it up and use it. It’s not about frequency (of using these parts) but knowing the right timing to do that. That said, you can – whether its tanks or smaller enemies, fighter jets – you can grab them and throw them. There is a lot of interaction you can have with the environment and enemies.

Speaking of combat, I definitely needed to know about the inspiration and crafting of Daemon X Machina’s heavy metal soundtrack:

COG: There was mention of the music which I found very interesting, about the heavy metal soundtrack to it as well as instruments being used for the sound effects of weapons and everything else to create this nice chaotic orchestra. Was that something that you had already thought about and wanted to put into the game or did it come about naturally (over time)? Where did this idea come from?

KT: This is something that I had initially envisioned and thought about and wanted to implement. So take a concert for example; I felt watching a concert, you know the band is playing, they are singing, and there is always a part where – you might call it a response call – where the singer would put out the mic and the crowd would then sing the chorus. In a similar way, a video game I feel is not complete and the final step to completing a video game is the player actually playing and having fun, so in that sense I really wanted to create a game where we can create a concert (together) that the player can really enjoy and feel good having attended. 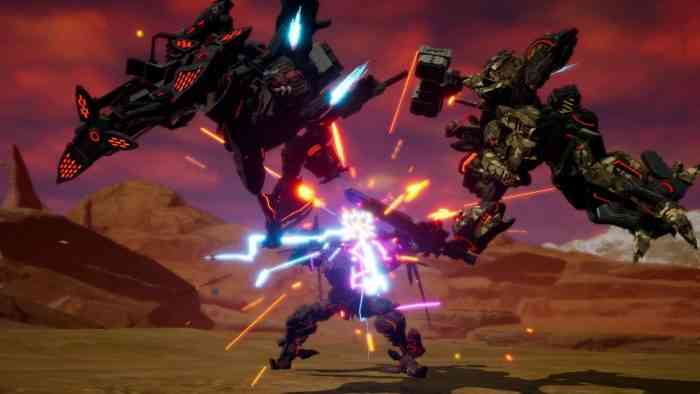 COG: I feel like when you first hear about the game, when you first see a trailer your immediate thought is ‘its a mech game’ and by the end of the trailer, after that two or three minutes, you get that strong sense that you are playing as the Outer and it (the Arsenal) is just an armor. It’s not a mech game, that’s just an additional part to who you are.

KT: Thank you so much. That is really what we intended to do. When I design games I’m always thinking about the future. I know that a lot of the players that will be playing this game will be younger than I am so they will be able to see more of the future, but through playing this game I hope that they can look forward to their future, whether its creating games themselves or whether its just enjoying the game and just having a fun experience playing the game. I hope that we can, all together, take steps towards that future.

COG: Is there anything additionally you’d like to share as a nice little bonus? Anything you haven’t told us yet?

KT:First of all, we are game creators so within the story of the game there are elements in there that can only be possible through a game. In the real world, technology is advancing so quickly and I feel a lot of the boundaries or challenges have been removed, and in that sense it gives us a lot of freedom and so when I was envisioning and developing and creating this game I didn’t see it as a robot game but just as an action game. That there is a pilot who wears the mech and what that allows them to do is to become a hero that dons an armor and is able to move freely. We really wanted to give freedom and expression to the player as they play this game, and I hope that fans of action games are ready to give this a try.

What do you say? Are you ready to jump into an Arsenal come September 13? Let us know on Facebook, Twitter, or the Comments section below.