Many RPG’s aim to be unique. Of course, this goes without saying. They want to draw people in with the game’s look and keep them with, hopefully, fun gameplay. Importantly, not every game succeeds when it comes to building a world, combining it with gameplay, and hooking the player. However, this is where Darkest Dungeon comes in.

Red Hook Studios’ 2016 turn based RPG, Darkest Dungeon, is a truly unique experience. For those who are looking for a fun, albeit relentlessly unforgiving, RPG they have come to the right place. Yet, the appeal of Darkest Dungeon goes far beyond the initial joy of the gameplay loop, though that obviously has its place. No, you should be playing Darkest Dungeon if you want an experience with well constructed cosmic horror, enthralling gameplay, and the ability to use hopelessness and madness as a gameplay feature to further the player’s engagement.

Without further ado, allow COGConnected to give you 5 reasons you should play Darkest Dungeon. Prepare for a descent into madness, cosmic horror, and the loss of hope. 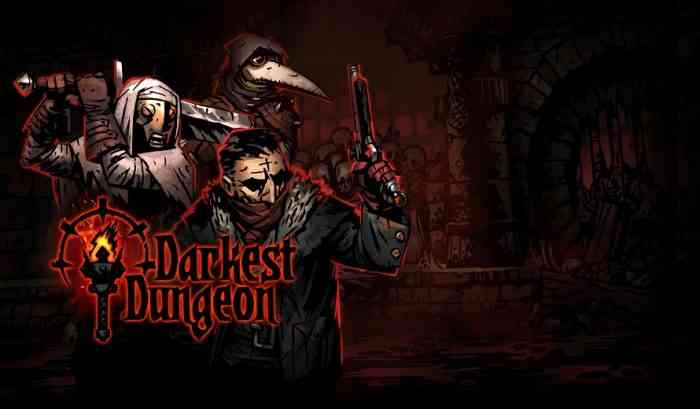 The Aesthetics of The Dungeon

One massive draw in of Darkest Dungeon is its visuals and art style. Not only does the game present players with a whole host of memorable and unique characters in the form of the game’s classes, but it also presents the perfect aesthetics for a cosmic horror setting.

The characters themselves fit so excellently into the setting. Each character is a recognizable facet of Darkest Dungeon, and each manages to work well with the aesthetic. These are, for the most part, human beings coming face to face with horrors beyond human comprehension. From the way they hold themselves, to the way they interact with another, to the visuals of their abilities, they feel like heroes. 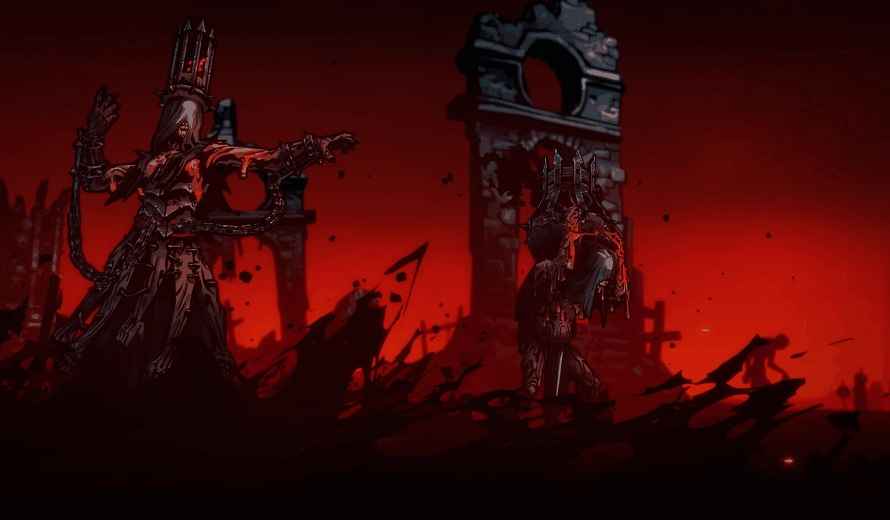 As for the art style of the game itself. It is dark. As expected from the title. Importantly, the design of the game expertly uses a color pallet of dark reds, disturbing purples, and shades of black and blue to convey the creeping madness of the world of the game. Additionally, the depictions of monsters directly ties in to both fantasy and cosmic horror elements. From festering pig men, to tentacled monstrosities from outer realms.

Overall the aesthetic of the game really does a great job at immersing the player in the world. Any player who is a fan of a game with a unique art style that works to both enhance the experience and convey story, needs to dive into Darkest Dungeon.

Darkest Dungeon is interesting with its core gameplay loop. It combines RPG and roguelike elements to the effect of making every expedition into different dungeons have stakes. If you fail to prepare properly it may mean one of your recruited characters dies. And they don’t come back. This core element of the gameplay, the perma-death of characters, adds to the intensity of battles and the necessity of proper planning.

The game gets super tense when the lives of your characters are hanging on a single turn. Did you pack properly? Did you position them in the right way? Did you target the right enemy? The combat loop of the game becomes a test of not only your planning but the synchronization of your team.

Building a team that compliments each other, as well as keeps each other alive and sane, is also a major part of the game. You cannot brave the Darkest Dungeon alone. Of course keeping characters alive allows you to return to the, general, safety of the hamlet. Here you can upgrade them, cure them of ailments and quirks, as well as, purchase new items for them. This is the general gameplay loop.

Though Darkest Dungeon is completely unforgiving in its brutality it’s just as fun. The only way forward is through. No matter how many characters it takes.

Another important aspect of Darkest Dungeon is the world building it employs. Though this article won’t discuss any spoilers it will dive into the basics that turn the world of Darkest Dungeon into a horror story. First of all, the game brings your heroes to the hamlet with a letter from their “Ancestor”. In the most Lovecraftian of introductions, players learn of a curse that has befallen their family residence, as well as, the surrounding area.

As players progress they can unravel more lore of this curse. Delving deep into a tale of corruption, otherworldly power, depravity, and madness. Importantly, players can begin to piece together the history of the hamlet, the estate, the bosses, and the Darkest Dungeon itself.

If you are into horror stories, this one runs cold. In the best possible way.

Of course, Darkest Dungeon isn’t the first game to implement themes of hopelessness and a descent into madness. However, Darkest Dungeon ensures that it includes these concepts as gameplay mechanics. As a staple of the game, your heroes are facing unimaginable horrors of nightmarish proportions. This of course is bound to test their mental states.

Darkest Dungeon features a stress mechanic that can cause your heroes to not only lose their sanity but die. This concept is important to the overall immersion and gameplay of the game for a couple reasons. First of all, the idea that your heroes are facing horrors so terrifying that their very minds are broken fills the player with dread. Every time a hero breaks, has breakdown, the player will become that much more nervous that their expedition will fail. However at the same time this makes the moments where your heroes stand fast, holding the line against the ever present darkness. 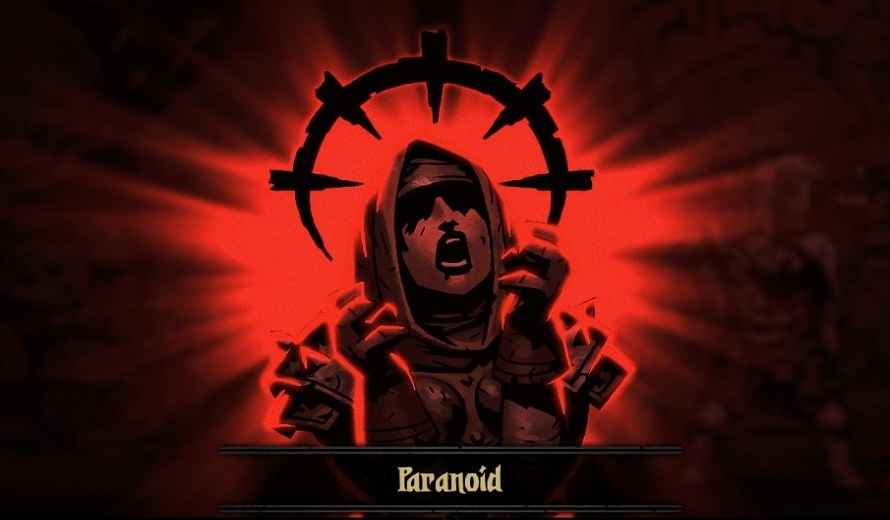 The fact that heroes can break means that the moments when they valiantly remain steady have greater impact. The hype a player feels to see that their heroes remain unbroken, even to their last health-points, is worth the stress of the run. The system Darkest Dungeon has in place allows for the hopelessness to be almost all encompassing, just so the moments of heroics and hope can shine even brighter.

If you play the game for none of the reasons above, then at least play for the epic voice of the narrator. Narrated by Wayne June, Darkest Dungeon’s voice acting is one of its biggest draws. June delivers a powerful performance that adds incredibly to the feel of the game.

From lines that give you hope like: “Beacons in the darkness, stars in the emptiness of the void.”

Or others that make you feel the impact of dread: “As life ebbs, terrible vistas of emptiness reveal themselves.”

Overall June’s delivery seriously adds to the experience of playing the game. With lines for everything from defeating an enemy, to triggering a trap, to getting an item, his mark is all over the game. And his voice is not one to miss. 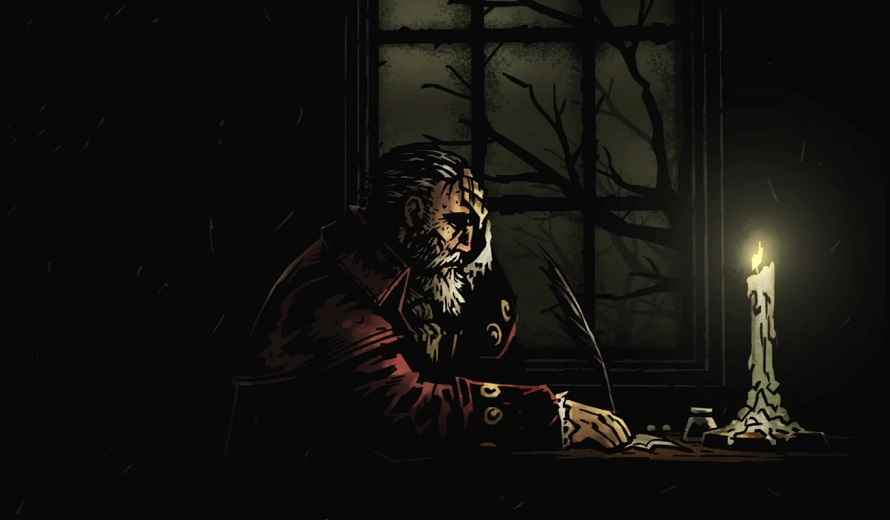 There you have it. Five reasons you should be giving Darkest Dungeon a try. If you feel brave enough to teeter upon the edge of madness, and face the curse of the estate, you can grab the game on multiple platforms. Of course, the game is available on Steam, Xbox, PlayStation, and Nintendo Switch.