We learned today that the Fig Campaign only raised about 50% of their funding goal. From the start, it was an uphill climb for Harmonix.  Harmonix needed to secure $1.5 Million dollars in funding so they could hire UK developer Sumo Digital to bring Rock Band 4 to the PC. When the campaign was first announced, I was a little skeptical that it would succeed. It was a lofty funding goal and there were a lot of reasons for the fans like myself to not support this campaign. Below are some of those reasons.

Rock Band 4 Was Not Well Received on Consoles

If you read the Rock Band forums or social media channels, then you’ll know the general consensus amongst the fans is that they are upset with the state of the game. Six months after it launched, Rock Band 4 lacks a lot of the basic features of past games, past entitlements didn’t transfer over properly, leaderboards are still broken, character creator is watered down and the instruments (i.e. drums) don’t even work properly.

“Six months after it launched, Rock Band 4 lacks a lot of the basic features of past games, past entitlements didn’t transfer over properly, leaderboards are still broken, character creator is watered down and the instruments (i.e. drums) don’t even work properly.”

Many fans including myself believe that Harmonix should first address the issues on the console versions before bringing the game to another platform. Even though Sumo Digital would be responsible for porting the game over to PC, Harmonix would still be assigning resources to help Sumo Digital with the port. 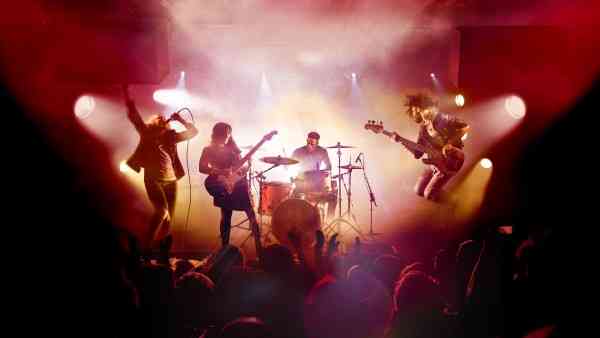 Entitlements Don’t Transfer Over to PC

Harmonix made it clear from day one that past song entitlements do not transfer over to the PC. So if you want to have the same songs you have on consoles, you need to re-buy all of your songs.  Harmonix did offer a reward tier late in the campaign for backers who donated $2500 where you would get access to all the songs available on the music store. However, this reward tier does not include on disc songs from past Rock Band games and you’re still spending money to get your old songs.

Click on through to Page 2 for the final 3 reasons why the fig failed.

Guitar Hero Live Will Shut Down GHTV Mode in December