Sony’s PlayStation brand is outrageously successful. Over the last decade, they’ve crushed their main competitor – Xbox – in sales, street cred, nearly any metric you want to look at. Microsoft’s ace in the hole? It’s not what you’re thinking. Its colors.

Xbox knocks color schemes out of the park. I don’t love the Xbox controller compared to Sony’s offerings, but that hasn’t stopped me from collecting a shameful number of absolutely rad controllers like the Sea of Thieves pad and the x019 Limited Edition (so nice). 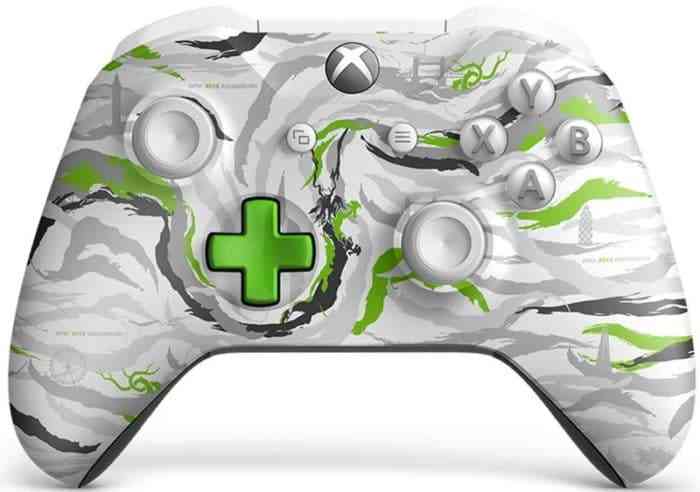 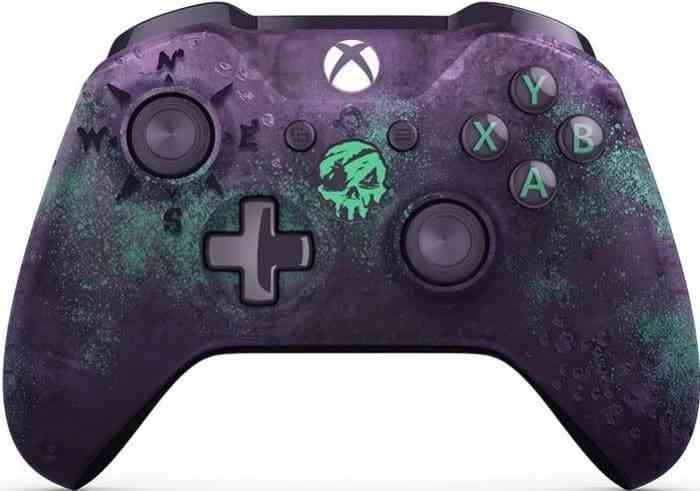 Heck, we just showed off a ridiculous range of Space Jam controllers the other day, and it had me thinking: Cosmic Red is a good start, but what other DualSense color schemes would I actually want? So off I went to see what the internet had already mocked up, and Photoshopped a few more. Here are the top 5 DualSense color schemes we think Sony would be nuts not to release.

Late in the PS4’s life, Sony went to town and approved every bonkers color combo dreamt up by ambitious interns. Sunset Orange was one such combination, and it’s one we need to have back in our hands. Sunset Orange AND adaptive triggers? Mmmmmmmm. 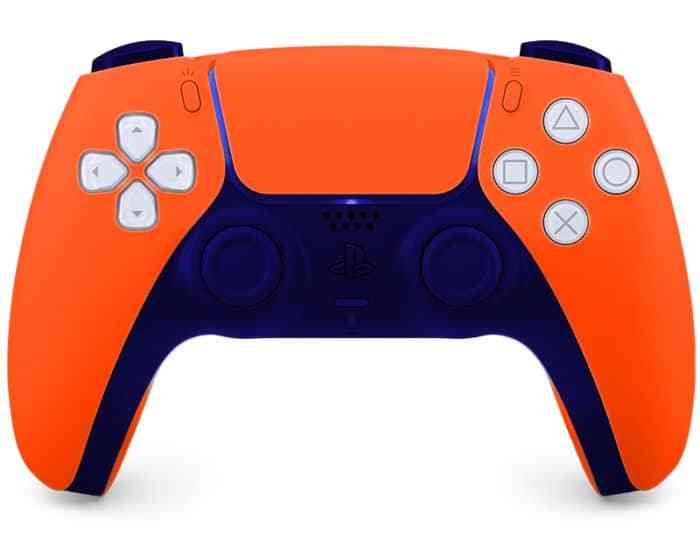 Where Sunset Orange goes, Berry Blue must surely follow. It’s like the popsicle you wish you’d gotten from the ice cream truck as a kid on summer vacation, but somehow even more delicious. 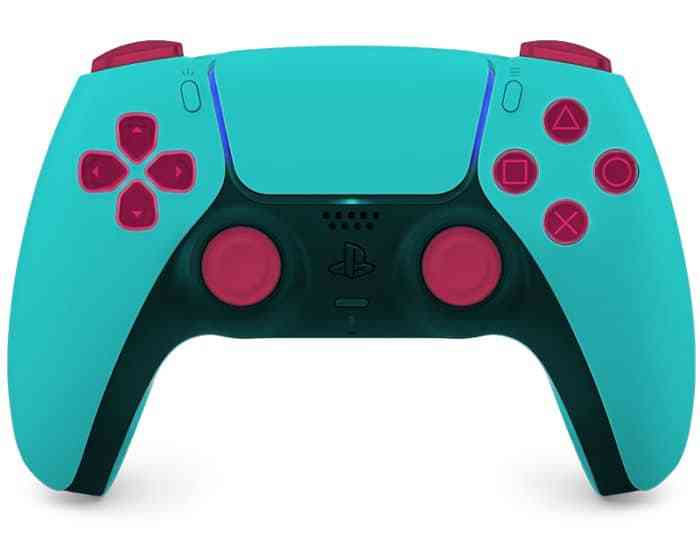 Shout out to NeoGAF for having a mockups thread, but booooo for not having all the creators credited there… If anyone knows who mocked up these awesome hombre schemes, let us know in the comments. So nice. 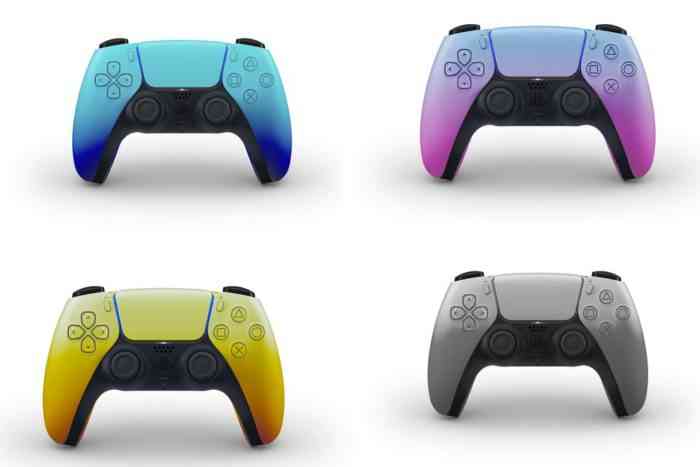 Obviously, this will happen eventually, and I’ll be buying one. So many memories associated with the PS1 color scheme. High five to @Elca_Gaming of Twitter for this creation. 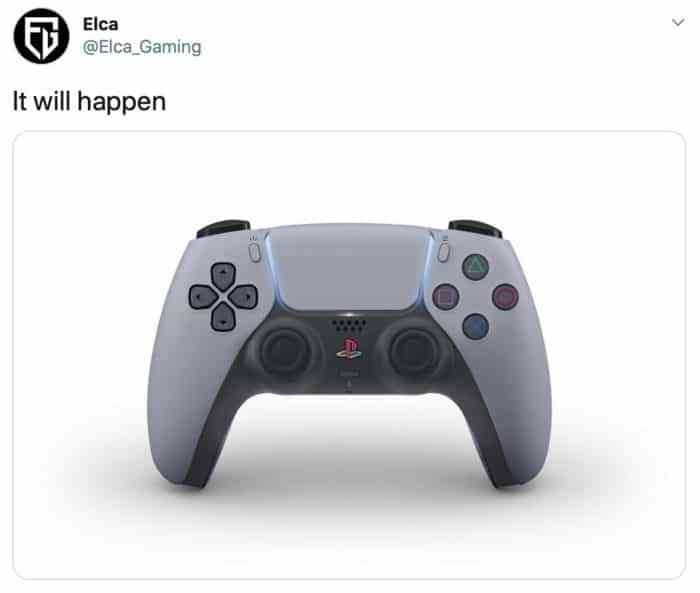 @itsalastor came up with this fantastic, black and gold geometric look. I’d be proud to add this bad boy to the collection, and yes, I’d even let it sit on my Vault Boy controller holder. 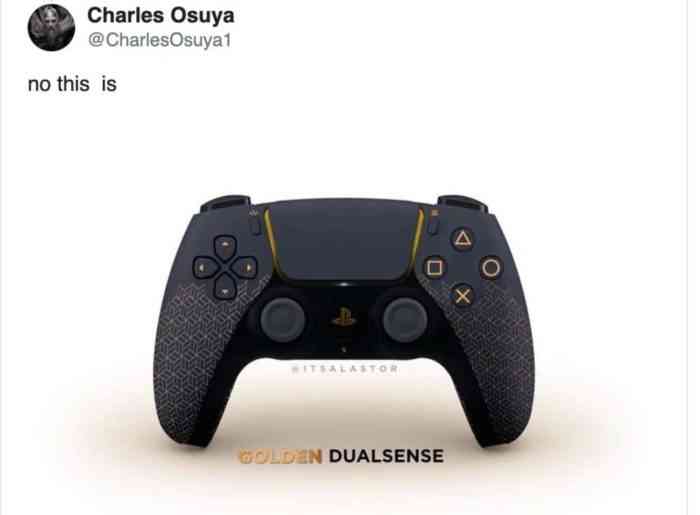 What color schemes do you hope PlayStation release for the DualSense controller? Let us know in the comments below, and hit us up on Twitter to tell us how right (wrong?) we got this!