This coming year, Star Wars fans are hoping to see a follow-up to the 2019 hit Star Wars Jedi: Fallen Order. A teaser was released for the new game in May, but it has been quiet these last few months. Today, we got a look at some of the pre-order and Deluxe Edition bonuses coming with Star Wars Jedi: Survivor.

Cal Kestis will be returning to continue his journey of being a Jedi in the Empire’s galaxy. The bonuses that players can get will give options to mix up the cosmetics in the game, namely Cal’s outfit and weapons. 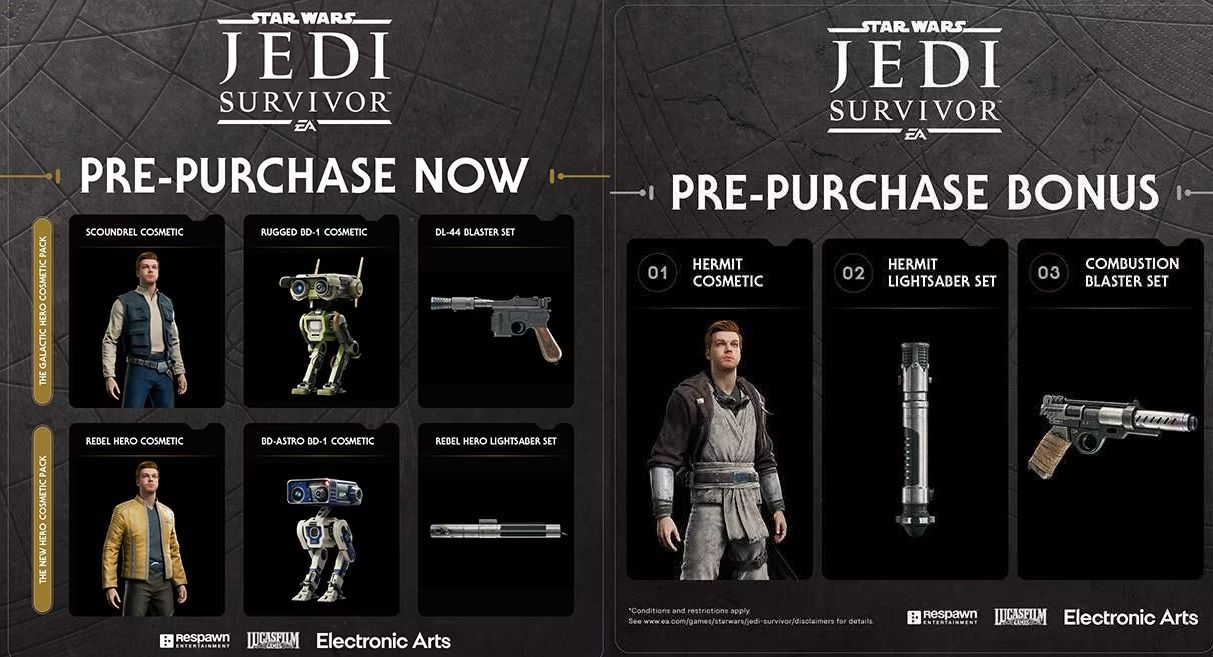 These images were leaked on the game’s Steam page. However, fans with fast hands were able to screenshot them before getting taken down. Star Wars Jedi: Survivor still has no release date, but we are betting it will come out in 2023.

What we can glean from this leak is that Cal will be adding a blaster to his arsenal of weapons. Hopefully, this piece of equipment will upgradable and customizable, like his lightsaber.

Are you excited for the new Star Wars Jedi game? Let us know in the comments below.


Put the Smack Down With WWE 2K23 Icon Edition