It’s almost time to jump into the universe of Starship Troopers. Get ready to battle on the frontline against arachnid foes. Will you be able to survive? Today, Offworld Industries is happy to announce their upcoming co-op shooter, Starship Troopers: Extermination. The game aims at bringing players to the famous sci-fi universe and right into the action. A press release dives into the details of the game. Additionally, a teaser trailer gives players a glimpse of what awaits them on the planet. 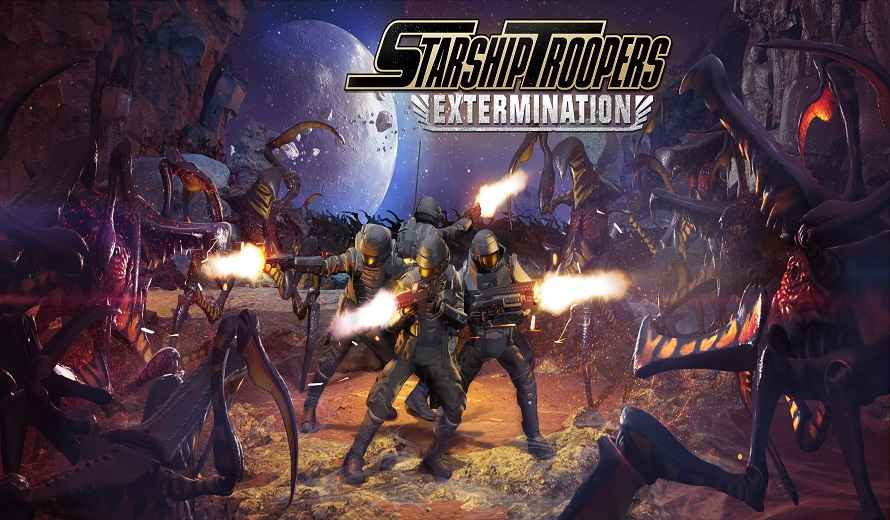 Starship Troopers: Extermination places players in the boots of a soldier in the deep space vanguard. Of course, this means you will be facing off against all sorts of alien threats. In this instance, some really big bugs. Players will battle alongside their friends with up to twelve players, as they try to survive the hostile planet of Valaka. Importantly this includes, defending their base of operations, complete their objectives, gather resources and more. Players will break up into squads of four that feature three distinct classes tailored to your favorite playstyle. But be warned there are increasing levels of infestation to challenge even the bravest troopers.

Of course, players can get a good look at one of the bugs in the new teaser trailer. Not only will you get a look at a bug but the inhospitable planet itself and what awaits you on the surface. Check it out.

Starship Troopers: Extermination is scheduled to release in 2023. It is to release on Steam Early Access for PC. For more info visit Offworld’s website. So, are you ready trooper? Strap up and get to shooting. The only good bug is a dead bug.