The Conclusion Comes to Consoles

Attention console players, your journey into the Amazon is reaching its end. Today Creepy Jar is happy to announce that the the final part of their survival sim, Green Hell’s, prequal story is arriving on consoles December 14th. The story, titled Spirits of Amazonia, released its first two parts on console earlier this year. A press release provides more details on the console release. Additionally, players can check out the console release trailer for a glimpse of the console version. 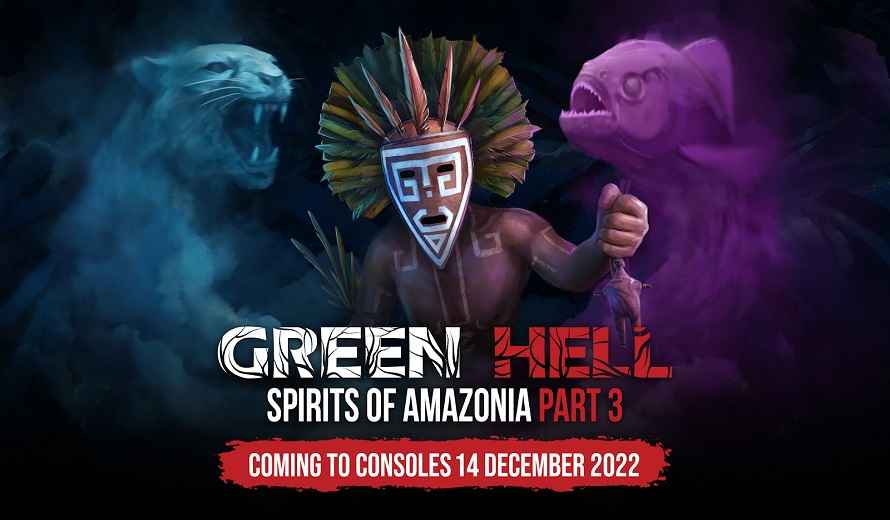 Green Hell places players in the uncharted setting of the Amazon Rainforest. Playing as the main character, Jake, players are left to survive the darkness after barely clinging to life. Of course, players must use everything they can to survive not only the environment but their own mind.

In Spirits of Amazonia Parts 1 and 2 players befriended a mysterious Amazonian tribe. Furthermore the first two parts also introduced various new features. For instance, a new hunting tribe, new animals and weapons, as well as, pushing Jake along the narrative. Of course, Part 3 will bring the ending of this adventure as well as a host of other new features.

Players can look forward to a new fishing tribe, new activities, new weapons, a whole new region, and more. Additionally, players can check out the console release trailer for Part 3. Take a look at the new area, tribe, and more.

Green Hell: Spirits of Amazonia Part 3  will arrive on PlayStation and Xbox consoles on December 14th, 2022. So, are you ready for the conclusion to your adventure in the amazon?

Fall of Porcupine Free to Healthcare Workers No Out-Of-Stocks