Warhammer 40K: Darktide Has No Crossplay Support at Launch

Warhammer 40K: Darktide fans strongly believe that crossplay is a fantastic way to enjoy the game. With that said, they want a much wider pool of possible co-op playmates for its cooperative PvE experience. Unfortunately, devs confirmed that there will be no crossplay support on Game Pass and Steam at launch.

“We see the value in crossplay and cross-save and fully intend to support crossplay shortly after launch,” Fatshark stated. “Cross-save is more complex to execute and is still being investigated.” 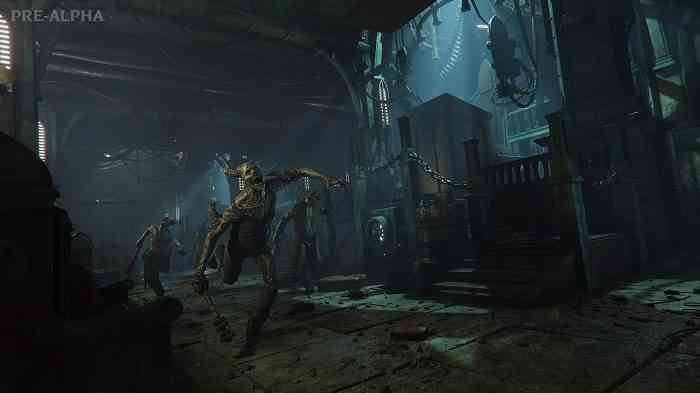 On launch day, Warhammer 40K: Darktide will only be available on PC. This indicates that console crossplay will be impossible for the moment. Unfortunately, there is still no official release date for the game’s console version. Thankfully, devs did provide an update about this matter.

“We will have more news on the Xbox Series X/S release date as soon as possible and likely immediately after the release on PC,” devs said. Although they did not provide any actual date, fans are relatively satisfied that their questions are being acknowledged.

Furthermore, this announcement may confirm that crossplay support may possibly be available in Warhammer 40K: Darktide’s Xbox Versions. However, their admission that cross-save is “more complex” makes it seem like the feature may not be available on consoles.

Warhammer 40K: Darktide wears its Left 4 Dead influences proudly on its sleeve. With that said, the devs simply made the game to be played among friends—especially with its newest boss the Daemonhost. Although they are optional to fight, they are immensely terrifying and can immediately eliminate a player from the game. Players can try to sneak around the randomly occurring spawn to avoid having to fight them. It is worth noting, however, that in the chaos of a pickup match, this strategy usually ends up failing.