Today was the day you’ve been waiting for since the Dead Space remake was announced. Motive has shown us the fruits of their labor with the first gameplay trailer. The game looks better than veteran players will remember it. You can also see the butthole-Necromorph boss.

Now that you’ve seen it, you want to invest in a collector’s edition? Well, Limited Run Games might just have what you need. It also isn’t a numbered collection, so they won’t run out of units. No pressure in ordering it first. It will cost you $275 though. 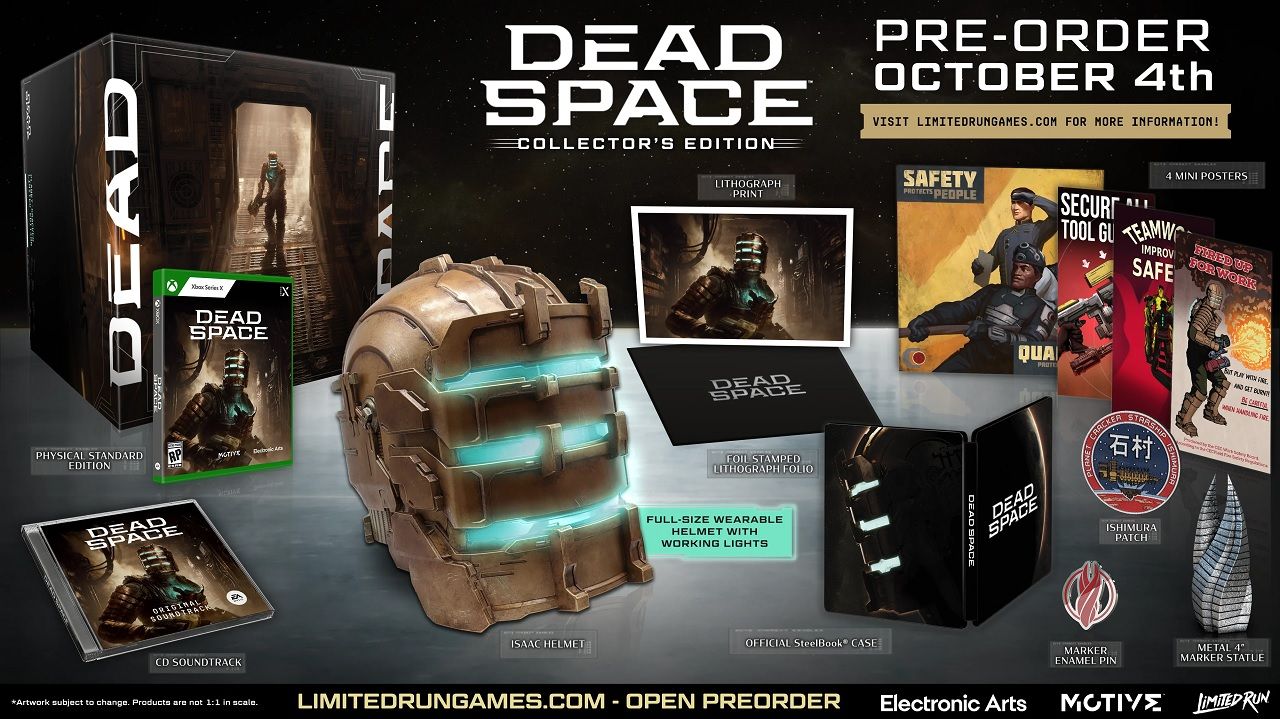 The Dead Space Collector’s Edition has an obvious big-ticket item: a wearable helmet of Isaac Clarke. It lights up too. There are also some smaller items, but just as cool. Well, in their own way.

The survival horror classic Dead Space returns, and Limited Run is proud to present the Collector’s Edition for the upcoming remake.

The Collector’s Edition also comes with a physical Dead Space soundtrack, a lithograph print of the box art, a Foil Stamped Lithograph Folio, four small posters, an Ishimura patch, a Marker emblem pin, a metal 4″ Marker statue, and a Dead Space steelbook case. Everything comes in a collector’s box.

If you pre-order Dead Space Deluxe Edition, it comes with some digital items. For just a little more money, you can get 3 Unique Suits and 2 Suit Textures. It’s unclear what the difference is, but suits look cool. The more suits, the better.

Is Isaac’s helmet worth the cash? Let us know in the comments below.